There’s Plenty of Company in “The Trough of Sorrow” 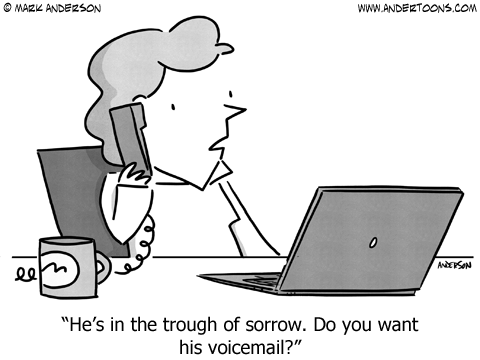 I listen to a lot of podcasts. One of my recent favorites has been StartUp. And while I’m not a startup per se, when you’re a one-person business like me, it often feels like you’re perpetually in startup mode.

Anyway, one of the episodes last season addressed the “trough of sorrow.” That’s the demoralizing period in the development of a business where things seem stuck and unlikely to ever get better.

I’ve been there, but I thought it was just me. And then I find out it’s so common it has a really great name like “the trough of sorrow!”

Not only did having a name for it help, but it also suggested this cartoon. Maybe the trough isn’t so sorrowful after all!