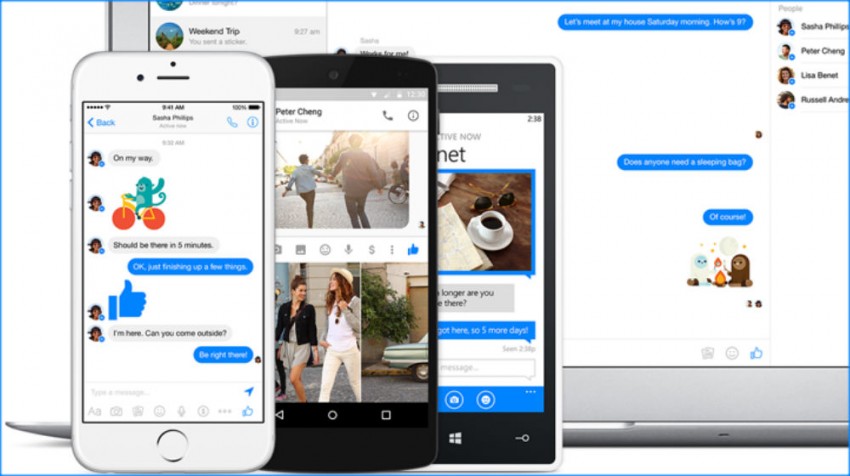 A year after it forced users to download the Messenger app to continue messaging friends, looks like Facebook’s big bet has paid off. Facebook Messenger is now the second most popular mobile app in the United States.

For the first time, the app edged out YouTube by 0.2 percent to occupy the second spot on comScore’s most popular smartphone apps list. With an impressive reach of 73.3 percent, the Facebook app tops the list.

Although the Facebook Messenger app has been available since 2011, it wasn’t widely popular until the social media giant stopped users from responding to private messages in the main Facebook app. The move was met with severe criticism, but the recent comScore results prove the decision has worked in favor of the company.

In the past one year, Facebook has introduced several cool new features to make its Messenger app hard to resist for users.

It recently launched Businesses on Messenger, which allows small businesses to contact customers in different ways. To give an example, when someone makes a purchase on the website, they can choose to receive notifications of the transaction via the Facebook Messenger app. This allows businesses to connect with customers in a more personalized manner.

Facebook Video Messenger is another great feature that was rolled out recently in 18 countries across the world. The Video Messenger lets users have face-to-face conversations with family and friends. To make calls, all they need to do is simply tap the video icon on the top right corner of the app screen.

The Video Messenger works across platforms, which gives it an edge over other services such as Apple FaceTime and makes it a serious threat to Skype and businesses offering similar services.

At present, the social networking company is working on the M voice assistant, a personal assistant inside the Messenger app.

Making a Mark on the App Scene

The latest data from comScore throws up another interesting insight. Facebook and Facebook Messenger are not the only Facebook-owned apps that have made it to the list. Popular photo-sharing service Instagram is also on it.

Facebook-owned WhatsApp, however, is missing from the list despite having a larger monthly user base than Messenger. It’s probably because its user base is concentrated in Asia.

By adding new user-friendly app features, Facebook is making its intentions quite clear. It’s here for the long-haul and is prepared to give its competitors a serious run for their money.