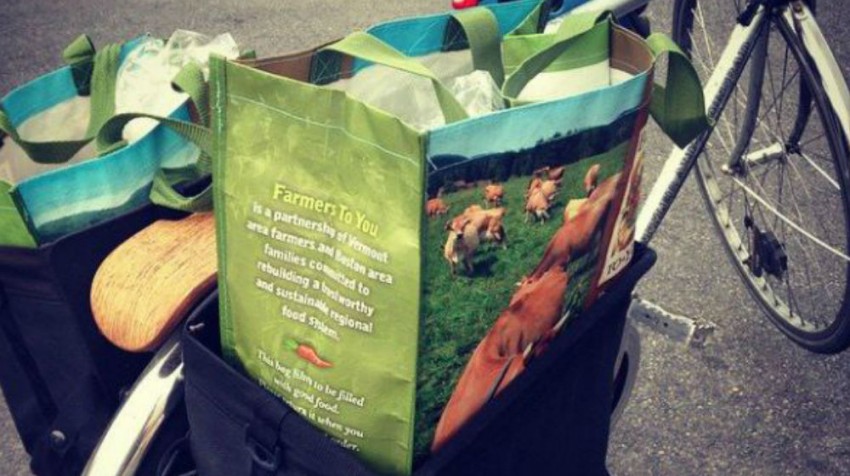 There’s a big problem facing a lot of independent farmers in America. The areas with the highest concentration of potential consumers — cities — aren’t exactly conducive to farming, which often requires a lot of space.

So, farmers have to find a way to get their products from their rural farms into cities with a lot of potential consumers in as little time as possible.

This particular problem is very prominent in Vermont, where there are only about 600,000 residents in the whole state. Boston would be the largest city nearby for Vermont farmers to target. But doing so on their own can be a challenge. Candace Page, food writer for the Savorvore Section of the Burlington Free Press in Vermont told NPR:

“If you think about it, the system of food distribution in the U.S. is not friendly to small, organic, diversified farms. Farms don’t have the time to get their products on supermarket shelves in Boston, even if the supermarkets were willing to deal with it, which they aren’t. If you live in an urban area and you want to eat locally grown food, you’re going to have a hard time doing it.”

Enter Farmers to You. The Berlin, Vermont, startup aims to create a partnership between rural farmers, mainly those based in Vermont, and urban families in and around Boston.

The customers can order various farm-grown items once per week based on what’s available. Then, Farmers to You delivers the items to several pick-up locations around Boston. Or, customers can choose to have the items delivered to their homes. Customers can have their same order delivered each week, or change it up. But the company asks that customers spend about $40 each week to keep ordering and production consistent.

For farmers, the benefit is the ability to focus completely on their farming work, since Farmers to You handles all of the ordering and transportation. And the company’s rates, according to the farmers that Page has spoken to, are better than most wholesale markets to which they have access.

For families, the obvious benefit is a regular selection of healthy, sustainably produced food items. But another part of the process is their ability to really learn about their food and from where it comes.

“They get very good, Vermont-raised food, of course … Most of the food sold is organic, but I think even if it isn’t organic, people have more confidence in what they eat if they knew who grew it. Farmers to You has gone to great lengths to make a connection beyond the food, an emotional connection between the consuming families and the farmers. The website has wonderful videos where the individual farmers on their farms talk about how they grow their food and why they are in the business of growing food.”