The stories of companies of tech startup darlings like Uber and AirBnB illustrate the power of modern technologies to create new, exciting business models. And while seeing the rise of these companies are both captivating and inspiring to many would-be entrepreneurs, there are other stories out there; stories not as visible, but inspiring and interesting nonetheless.

Julia shares how, without a background in technology but with guidance from Y Combinator, she was able to pursue her passion and create a platform/marketplace connecting borrowers with lenders half a world away, at a fraction of the cost offered by larger, better funded organizations. 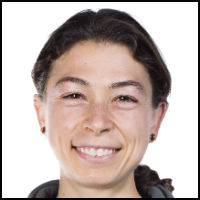 Small Business Trends: Tell us a little bit of your personal background.

Julia Kurnia: I’ve always been interested in using technology to bring better opportunities, better access to capital to the world’s poorest places. When Kiva got started in 2005, I was very excited by the idea and I got a job working with one of Kiva’s first intermediary banks in West Africa. Kiva is a non-profit website that allows you to fund loans, which are then managed by local banks in developing countries. So I worked with one of the local banks that actually raised money, and then managed loans from Kiva.

There was kind of this immense desire on the part of people in wealthy countries to do something more direct that would help people in developing countries. The frustrating thing was that we had to spend a lot of money to manage the loans. We had to pay a loan officer to go and visit the borrowers and post their stories on the website, and to travel, and rent and office. And all of this ended up costing about a third of the value of the loans that we were making. So even though we received capital at zero cost from Kiva, we would have to charge the borrower’s 30 percent or 40 percent interest to cover our management costs. And that’s about the average rate charged for Kiva and also general micro-finance loans around the world.

Small Business Trends: Fast forward a little bit to the idea that you had for Zidisha and why you were able to do what you did at such a lower cost, compared to Kiva.

Julia Kurnia: In the following years, I started working with the U.S. Government managing grants in various countries in Africa. Over the years the internet just exploded, and cost of using the internet came way down in the world’s poorest places. Younger adults – people in their 20’s where they were growing up with Facebook and they were using the internet from cheap cyber cafes on every street corner.

I imagined something like Kiva, but without the bank intermediaries. It would be directly between the lender and the borrower. And by doing so, we could eliminate that 40% cost that was eating into the borrower’s profit margin.

Small Business Trends: Basically you were able to leverage the growth of the internet that was reaching into even the poorer parts of the world. Be able to leverage technology to create a marketplace that was more efficient, but also made it more possible for these loans to be done without having to pay exorbitant fees.

Julia Kurnia: Yes. At Zidisha, we don’t have any loan officers or bank intermediaries. The lender and the borrower interact directly. And by cutting out the intermediary, we’ve been able to get that 30 percent, 40 percent costs down to just five percent. The borrowers pay five percent for each loan.

Small Business Trends: Wow … Last year you were part of Y Combinator, and you mentioned that they helped you because your background isn’t necessarily in technology. But …

Small Business Trends: … they were able to help you to do things for yourself that you probably didn’t think you would have done four or five years ago.

Julia Kurnia: Yes. Y Combinator made us much more like a tech startup and less like a traditional charity or non-profit, which is a good thing because they introduced us to a lot of expertise and resources that hadn’t been on the radar previously. One example is using data science to automatically detect a suspicious loan application that we would have previously had to scrutinize manually.

Small Business Trends: So that’s another one of those areas where being able to use technology allowed you to not have to bring in these loans officers that add cost and make it maybe a little less efficient.

Julia Kurnia: We were founded in 2009. We grew very slowly at first, and more rapidly in the past year since completing Y Combinator. So today we’ve crowd-funded a little over $3.5 million worth of loans. And that’s about 17,000 loans between about 25,000 people – lenders and borrowers all over the world.

Small Business Trends: That’s made up of loans averaging a couple hundred bucks. It’s not massive amounts of money per loan. It’s these $100, $200 loans that are going to folks in Africa and Asia, and that money goes a long way.

See Also: Combine Fashion and Tech with the Leoht Handbag

Julia Kurnia: Yes. One example is college tuition. That’s a popular use of small loans among the young adults who are joining our platform. In Ghana, $200 is enough to go to university for a semester.

Small Business Trends: Man, that almost left me speechless there. That might get you a book in one semester here in the States.

Julia Kurnia: Yes, but the amazing thing about connecting people directly and doing so at low cost is that you can take advantage of the huge differences in purchasing power. For the price of one night’s dinner in New York, you could start an entire restaurant in Indonesia.

Small Business Trends: Wow. Now let’s talk about the folks that are lending to the borrowers. How is this marketplace done differently from their perspective?

Julia Kurnia: For one thing, it’s very transparent. When you go on our website, you aren’t interacting with us or our employees. You’re interacting directly with the borrower. You can ask them questions. You’re reading the story that they wrote themselves with no editing from anyone. You can exchange photos. Lenders also like being able to see the exact cost the borrower is paying for their loan, and being able to choose to whom their funds go. They also like being able to renew it over and over, so on average, $100 put into a loan fund at Zidisha funds about $200 to $300 worth of loans in a year.

Small Business Trends: So basically, kind of to sum things up, you’re able to leverage technology to create a marketplace that allows you to reach the same folks, and for them to only pay 5% as opposed to 40 percent transaction fees.

Julia Kurnia: Yes, and this would not have been possible 10 years ago.

Small Business Trends: And I’m kind of looking at it also from the perspective of looking to the future. Kiva actually had — I think you mentioned — hundreds of employees if not more. And …

Julia Kurnia: I believe so.

Small Business Trends: And many more resources at their disposal, but you were able to basically make it a little different business model. But it’s actually better for the borrowers because now they’re not having to pay those higher transaction fees.

Julia Kurnia: That’s right. We never had major backing, or millions of dollars worth of grants the way Kiva did. And that forced us to stay very lean. So almost everything is automated and decentralized to our users.

Small Business Trends: So if I asked you to peer out into the future — maybe a year or two out — as we know technology is constantly morphing. But where do you think technology is going to take your marketplace?

Julia Kurnia: I think, in hindsight, we were very early to market. So when we started doing this in 2009, perhaps two percent of the people in Kenya or the other countries where we operated were online. These days it’s more like 10 percent to 20 percent. So it’s an exploding market that’s driven a lot of our recent growth. And I expect that to continue.

Small Business Trends: Very good. And you said you’re up to about 30,000 members, borrowers and lenders total?

Small Business Trends: And it sounds like the growth rates, you could be seeing those kind of numbers double over a year or two period.

Julia Kurnia: Yes, at least. Our monthly loan funding volume has more than tripled in the past year.

Small Business Trends: You’re seeing that kind of growth and that kind of scale, but it seems like you’re able to do that without adding a whole bunch of additional employees. And, you’re right now the main employee.

Julia Kurnia: Yes. We’re mostly a volunteer-driven community similar to Wikipedia in that respect. We expect to add many more volunteers and have our users very involved in the process. And we try to stay out of the way as much as possible and make the platform useful for everyone.

Small Business Trends: Even from that perspective, it’s the collaboration that you need to do – technology makes that easier for you to do and have this army of volunteers ready to help out.

Small Business Trends: Where could people learn more about Zidisha, and maybe how they can play a role in this?

Julia Kurnia: I would recommend going to our website. It’s Zidisha.org.