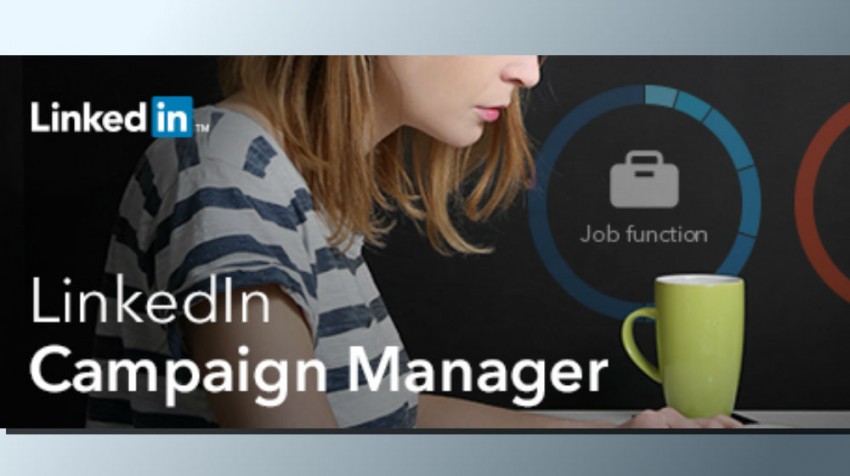 It was with great interest that I took the new LinkedIn Campaign Manager for a test drive this summer. After all, I was pretty critical of their ad platform last spring. When I wrote an article titled “8 Things I Hate About LinkedIn Ads,” I was really hoping we’d see them begin to innovate and improve their ads platform, which has been sorely lacking in features and lagging far behind both Twitter Ads and Facebook Ads.

Overall, the new LinkedIn campaign manager is much cleaner and more user-friendly. The ad creation wizard makes it fairly simple to choose which of your posts you’d like to promote and turn into an ad:

The new campaign manager is a definite improvement to the advertiser interface. Let’s have a look at what’s new …

Now, I could be wrong, but I believe this is the first major refresh to the LinkedIn Ads campaign manager in about five years, if not more. So it’s about time.

The new campaign manager started rolling out at the end of July and featured quite a few improvements, including:

The targeting section had a refresh and is now both visually appealing and more intuitive:

What I love most about the new LinkedIn campaign manager is the more intuitive and user-friendly interface itself. Check out the visuals and the cleanliness of the new design in this reporting screenshot:

What the New LinkedIn Ads Interface Means for Advertisers

I love the new look and feel, I do. But here are a few things the redesign still doesn’t solve:

A General Lack of Conversion Tools

Facebook’s addition of Click-to-Call for Newsfeed Ads just made it all the more clear how woefully inadequate LinkedIn Ads are for conversion. They actually used to have a lead gen tool, but retired it and haven’t brought it back. Interestingly enough, they added a Lead Gen functionality to SlideShare this summer. Maybe there’s hope yet?

No Custom Audiences or Remarketing = Not Awesome Targeting

The recent batch of updates doesn’t address the lack of ad targeting options available to advertisers in the LinkedIn self-service ad platform. Both Twitter and Facebook Ads have the ability to target existing customers and lists. To date, there’s no way to upload a defined audience using emails or phone numbers to the LinkedIn Self-Service ad platform, and then target them with ads tailored for what you already know about those people.

And remarketing? It’s epic on Twitter, but on LinkedIn. . .fuggedaboutit. (Note that LinkedIn offers a separate advertising product for large advertisers called Lead Accelerator, which does support remarketing.)

It’s important to pick your audiences carefully across all PPC platforms, but especially so on LinkedIn. CPCs here are almost outrageously high, so you have to watch your ROI closely and make sure you aren’t wasting clicks. 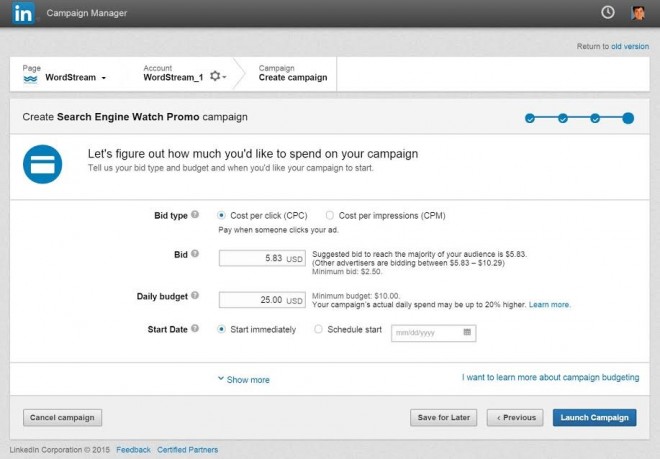 With all that said, I am loving LinkedIn as a viable avenue of company-promotion, building thought leadership and promoting content (especially with Pulse). If LinkedIn can focus on making its ads more affordable, effective and granular with targeting and more powerful ad formats, I think they will become an integral tool in the exciting world of paid social promotion.

See Also: Why Isn't Your Video on LinkedIn?

Have you checked out the new LinkedIn campaign manager?