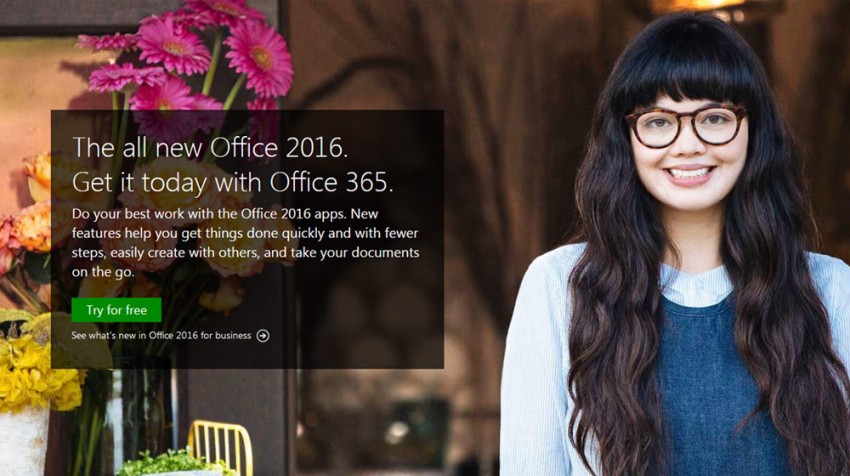 If you have been anticipating the final release of Office 2016, your wait is over.

The latest version of Office has been in preview for some time now, but Microsoft announced on Tuesday that the worldwide release for Office 2016 is here.

But this news is not just for Windows users. Apple users have access, too. Alongside the Windows version, Office 2016 for Mac will also be available and as a one-time purchase option. Previously, Mac users could only get Office for a recurring subscription fee, but now they will be able to purchase it outright.

Office 2016 may be made to be cross-platform but it’s designed to pair with Windows 10.

Kirk Koenigsbauer, corporate vice president for the Office Client Applications and Services team, explained in the announcement about the release that while Microsoft wanted to remain committed to a cross-platform strategy. The company sees Windows as the “home” for Office.

The new Office promises better collaboration with a suite of integrated apps and services. Real-time co-authoring will now be built into Word, though more apps will integrate this feature over time. Skype for Business will also include a new co-authoring feature and be available for client apps with the Office 2016 release.

Office 365 Groups is available as part of Outlook 2016 as well as its own app for iOS, Android, and Windows Phone. Groups boasts allowing users to create public or private teams for collaboration. Teams can share an inbox, calendar, cloud storage, and OneNote.

Updates have also been made to Outlook 2016, OneDrive for Business, and Excel 2016 to bring a faster, easier to use, and more efficient experience.

With these new updates and features being added to Office also comes a new “feel” to the program. Microsoft promises Office 365 will update more continuously, similar to a mobile app. Koenigsbauer says on the Office blog:

“With this release, we’re also shifting the cadence of Office on Windows to feel much more like the cadence we have on the Office mobile and web apps, which release every month with new value. So, going forward, Office 365 customers will now enjoy new features and capabilities delivered continuously in the Office desktop applications as part of their subscription.”

If you don’t already use Office 365 or do own it and want to learn how to upgrade to Office 2016, you can find more information on the Office website. Microsoft is also offering a free trial of Office 2016 if you are interested in giving it a test run.