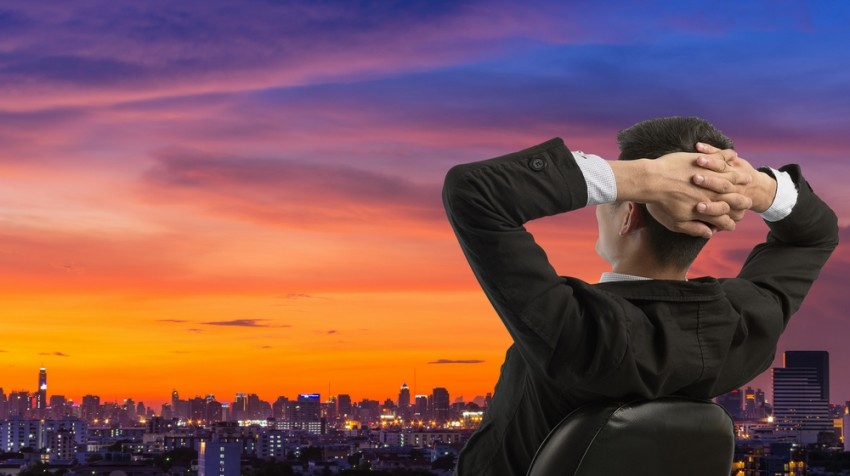 “What are you doing in Frank’s office,” I ask Bob who is staring at the overhead light fixture. Startled, he quickly looks down. I continue to tease him, “What is this? A meditation room? What are you doing?”

It takes me almost a minute, then I realize what Bob is doing: he’s measuring the size of his office against Frank’s. Bob’s anger replaced his embarrassment. He realizes he has a smaller office. They were equal on the org chart and at the same pay grade, but not equal in square footage. It was important.

I was now to get more practice in the anger management of a staffer who felt slighted. It was my turn to mumble, “Oh no…I’m sorry…this was the best we could do in allotting the limited space to our dedicated people…we attempt to be fair, but sometimes things are not perfect…” It was the truth. But I knew exactly how Bob got his crappy office.

I assigned it to him.

Bob didn’t notice that Frank also had a breath-taking view of the city. Bob’s smaller window overlooked the parking lot. And I knew that, too …

For all my platitude-ing, Bob was one of those employees who would be forever aggrieved. I spoke of ‘dedicated people’ and Bob was not one of them. He was a subpar performer who delivered all that was asked—and nothing more. His evaluations were “satisfactory.” His office was satisfactory.

I did not have much margin in my budget. But there are always methods to acknowledge the superstars. I allocated the trappings of stature to those who exceeded expectations.

Bob Fryling who is the Publisher and Vice President of InterVarsity Press, writes in “The Leadership Ellipse“:

“Jealousy and ego also affect how we gauge our perceived importance in daily organizational life … Cabinet officers to President Richard M. Nixon used a tape measure to see whose office was bigger and whose office was closer to the Oval Office.

“However, how many of us have also done the same thing mentally (if not with a tape measure)? If someone is closer to organizational power than we are, we know it and feel it. The challenge is what do we do with that knowledge and those feelings? How do we face down the giant of ego and jealousy?”

Appearances count. The number of ceiling tiles is a clue on how much power an individual can exercise. The bigger the office, the greater the perceived power to influence and to lead — even across my modest organizational structure. Power gets things done.

These things matter. Except when they can’t and don’t.

Ancient Rome understood how size and looks mattered and how leaders employed a presence. The first Roman emperor, Augustus (27 BC to 14 A.D.) did not need the external appearances of power. Steve Forbes, Chairman and Editor-In Chief of Forbes Media, writes in “Power Ambition Glory,”

“Although there was no doubt that Augustus was the boss, he was careful to avoid the title and trappings of a monarch—which he realized went against the Roman grain and had cost Julius Caesar his life.

“Augustus wore neither a crown nor the robes of a king. A simple broad-brimmed woven straw hat that had shielded him from the harsh rays from the Mediterranean summer sun signaled to his subjects his simplicity and modesty.

“He projected the image of a reluctant “care-taker” of the empire, a leader motivated by a desire to serve and to uphold the principles of Republican government.”

However reluctant the small business owner might act to be as a caretaker of your empire, do not give up your seat of power in the corner office. You are no Caesar Augustus. And no Andy Grove.

Grove understood the egalitarian culture of Silicon Valley. He had an 8 x 9 foot cubicle when he was CEO of Intel, manufacturer of computer chips. We mere mortals cannot pull off this level of leadership without some cosmetic help.

It is true that good arguments can be made for open office space where everyone is “equal.”

But remember — the work office is a seat of power to get things done.

John Wesley (Jack) Yoest Jr., is a Clinical Assistant Professor of Management at The Catholic University of America. His expertise is in management training and development, operations, sales, and marketing. Professor Yoest is the president of Management Training of DC, LLC. A former Captain in the U.S. Army and with various stints as a corporate executive, he also served as Assistant Secretary for Health and Human Resources in the Administration of Governor James Gilmore of Virginia.
120 Reactions
Leave a Reply Cancel reply
Subscribe
Follow @smallbiztrends
RSS LinkedIn Pinterest iTunes