Pebble’s Latest Smartwatch is — Round! 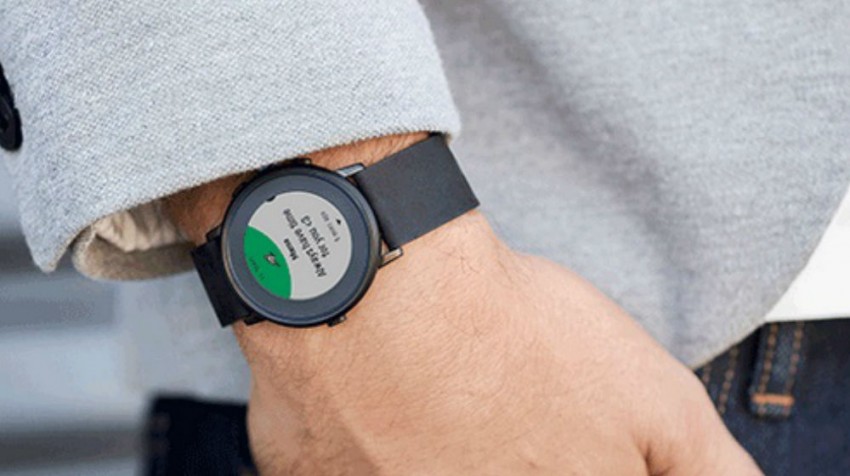 Pebble is hoping that the new design of its latest smartwatch will change the public’s perception of the devices … and hopefully their acceptance, too.

The square shape has not translated well, and the reason was best articulated by Motorola design head Jim Wicks when he told The Verge:

“Every time you do [a smartwatch], no matter how awesome you might think it is, if it’s square, everyone’s just kind of like ‘ehhh …’. And then finally we realized we’re not going to break through that ceiling, even with our peers, if we can’t get out of the ‘eh’ zone.”

Well, Pebble has gotten out of that ‘eh’ zone with the $249 Pebble Time Round, a timepiece that is hard to distinguish from a regular watch at first glance. But it still packs the punch of a smartwatch.

Besides the obvious shape, the Pebble Time Round comes in at only 7.5 mm thin and weighing 28 grams or just under one ounce. According to Pebble’s founder and CEO, Eric Mikicovsky, this makes it the thinnest and lightest smartwatch in the world.

The Round still has the Pebble always-on e-paper color display that lets you easily see any notifications, messages, incoming calls and, of course, the time. A microphone is available when the watch is paired with an Android phone. And the microphone function will soon be available on iOS too. Though the watch is not waterproof, it is splash resistant.

There are two versions, which are designed to address the male and female customer base. Even though the sizes are the same, the 14 mm strap for women is available in a rose gold finish, and the larger 20 mm comes in silver and black finishes. Addressing the female demographic is key for the long term success of smartwatches, because currently women only make up 29 percent of the market.

The first Pebble watch was the result of one of the largest Kickstarter campaigns in the sites history at the time, with a record $10 million of funding raised in 2012. In February of this year, the company raised $20.3 million for its Pebble Time watches, again breaking all records for Kickstarter.

The Pebble Time is square in design and larger than the Round, and these design differences provide some benefits in terms of performance. The Pebble Time has a battery that lasts up to 10 days and it is water resistant in up to 30 meters.

The Pebble Time Round is not the only round smartwatch on the market. In addition to different tech companies, including Huawei, LG, Motorola, Olio, and others, traditional watch makers are also entering the segment with round designs. Montblanc, IWC, Swatch, Timex and others have kept the round design of their mechanical watches, but added the technology.

Pebble is taking orders for the Pebble Time Round online as are Best Buy, Target and Amazon, but the watch won’t start shipping until Nov. 8. Of course, if you want to buy it in a retail store, the Round will be available in the U.S. and Canada in early November.