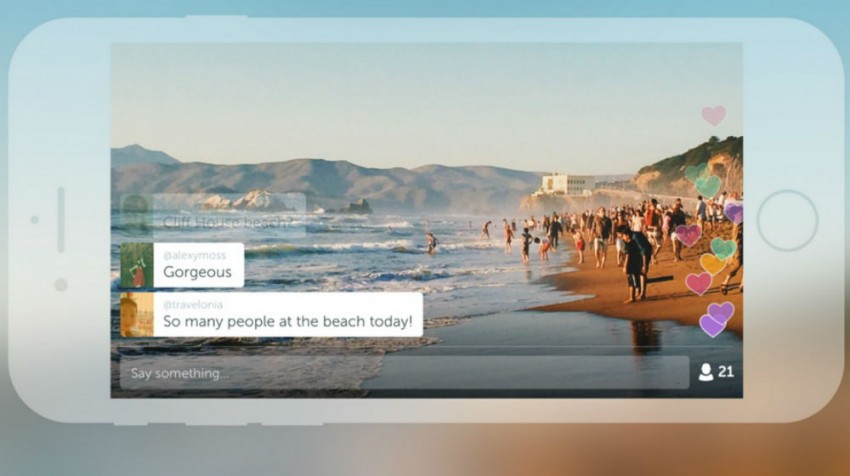 Periscope broadcasts are no longer stuck in portrait mode.

The Twitter live streaming app has listened to its faithful streamers and viewers and is allowing video to be shot and broadcast in landscape mode.

For the uninitiated, Periscope is Twitter’s live streaming app that allows users to shoot and share live broadcasts right from their smartphone. Users can use the app to view broadcasts from around the world and they can as well interact via questions, comments and “hearts,” which lets the broadcaster know you are enjoying their stream.

Periscope for iOS was launched in March and Android’s in May.

The new Periscope landscape mode allows users to shoot and broadcast video in landscape across Android, iOS and the Web.

Just to be clear, all this was technically possible before, but it was not really an official feature and viewers were forced to watch videos sideways.

With the Periscope landscape mode users can now record video in a wider angle than before and you no longer have to tilt your head to watch landscape videos. Simply rotate your phone to landscape to view full-screen broadcasts.

Announcing the new Periscope landscape mode in a post at the official Periscope blog on Medium blog post, the San Francisco-based startup described it as a feature that “the community has been craving.”

The company adds that it took them a while to release the landscape feature as they wanted to make sure the update could seamlessly stream videos across all its platforms, which, besides iOS and Android, also includes the Web.

As with portrait mode, hearts in landscape will appear on the right while comments will flow up the left side of the display.

Private broadcasting has also been activated for Android Users. Per the company blog post:

“When you start a private broadcast, you can choose from a list of mutual followers (people you follow, who also follow you). We think this list is a more natural selection of people who you are likely to broadcast to. We’ve also added an option to quickly select all of your mutual follows. See something you want to share with your friends, but not the whole world? Check.”