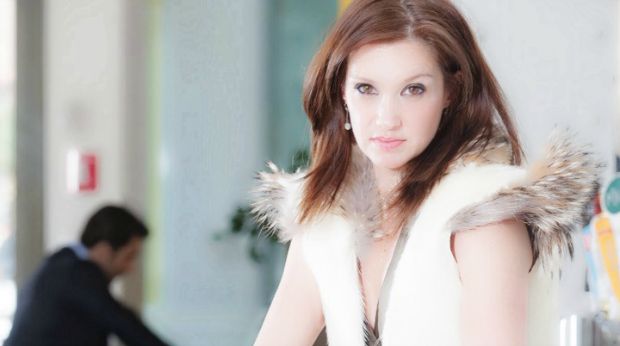 From food to fashion, animals provide all kinds of products that we use on a daily basis. But instead of keeping animals in cages and sending them to slaughterhouses, Pamela Paquin thinks there’s a better way to produce certain animal based products.

Paquin is the founder of Petite Mort Fur. The company creates couture fashion products with fur from roadkill that Paquin finds throughout the country.

Roadkill and fashion aren’t two concepts that you’d normally associate with one another. But for Paquin, who was raised to appreciate all that animals give us, they’re a natural fit. She told CNN:

In sixth grade, Paquin didn’t even flinch when a teacher asked students to pick up roadkill for dissection. And she encountered some surprised and skeptical reactions when she first decided to apply that same concept to creating fur based products. But she also got a lot of compliments on the items she created.

Though most of Petite Mort Fur’s products are priced a bit over $1,000, it’s still cheaper than a lot of other couture fur products. And Paquin is also sure to stock at least a few lower priced items, because she wants the products to be accessible to as many people as possible.

But overall, the company’s goal is to reduce the amount of animals being kept in cages just to be skinned for their pelts. It’s an admirable goal that plenty of animal loving consumers are likely to appreciate.

Time will tell how much they’re actually willing to pay for that appreciation. And the company’s success will also likely depend on people being able to get over that initial shock of being asked to don fur that was once roadkill.

But if Paquin is able to effectively get the word out about her company’s goals and maybe appeal to those consumers who wouldn’t otherwise buy real fur due to ethical reasons, Petite Mort Fur could really take off.