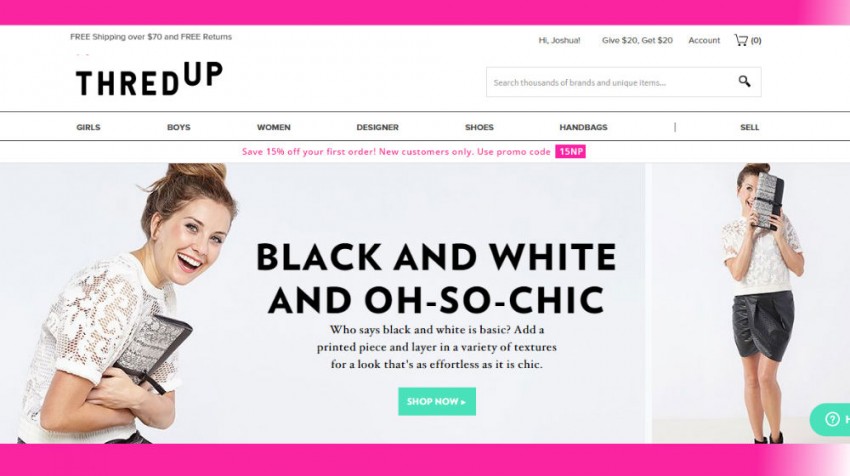 The second-hand clothing online marketplace is getting more competitive but one company, ThredUP, seems to have gotten ahead of the rest with a recent round of investments totaling $81 million.

Goldman Sachs Investment Partners (GSIP) took the lead in the Series E investment in ThredUp. Existing ThredUP investors Trinity Ventures, Redpoint Ventures, Highland Capital Partners, and Upfront Ventures contributed as well. According to the press release with this latest round of investment ThredUp has now netted over $125 million in funds raised to date.

Ian Friedman, co-head of GSIP Private Investments who will join ThredUP’s Board of Directors, stated:

“We’re excited to partner with ThredUP, a team revolutionizing the way we think about the secondhand clothing category. Our industry research revealed a huge opportunity to change consumer behavior around both shopping and selling secondhand apparel.”

ThredUp has seen significant growth over the last year, jumping from around 700,000 people visiting the site in 2014 to 1.8 million in just August of this year, alone. The company says they expect to process more than 2 million pieces of clothing each month by 2016 and plans to use the money raised in this latest round of investments to accommodate this increase in volume.

ThredUP faces competition in the second-hand clothing online marketplace from sites like Swap and Tradesy.

Having recently opened a 136,000 square foot facility in Pennsylvania, ThredUP has plans to open two more facilities by the end of next year. There are also plans to hire around a thousand more employees to staff the new “high-throughput” facilities.

“We founded ThredUP to make it incredibly convenient for consumers to clean out their closets and shop for quality secondhand clothes. We saw a huge opportunity to leverage Internet penetration and the growing acceptance of buying and selling online to bring a delightful, frictionless secondhand experience to the masses.”

ThredUP is an online marketplace that buys and sells used women’s and children’s clothing. The company sells items from over 25,000 women’s and kid’s brands, with prices varying depending on quality. The company claims to resell items up to 90% off the original retail price.

Members can sell their used items by filling a “Clean Out Bag” with clothing, shoes and handbags. The Clean Out Bag, a system the company claims to have pioneered, is a prepaid and preaddressed kit members can order. Once the bag is filled it can be mailed directly to a ThredUP processing center and ThredUP will pay money for the items they choose to sell.

Not all items shipped are guaranteed to be accepted. Items must be from one of ThredUP’s accepted brands, be “on trend,” and in like-new condition. No money is paid for items that are not accepted. The company will either recycle rejected items or members can select to have rejected items shipped back to them, for an additional $12.99 shipping fee.

Ian Friedman summed up his hopes for the company with this statement:

“While most brand-oriented consumers have historically held a negative bias toward purchasing secondhand clothing, ThredUP is proving it can reverse that perception. We found that over half of their customers had not purchased pre-owned clothing in the year prior to becoming a ThredUP customer, highlighting the potential for market expansion.”