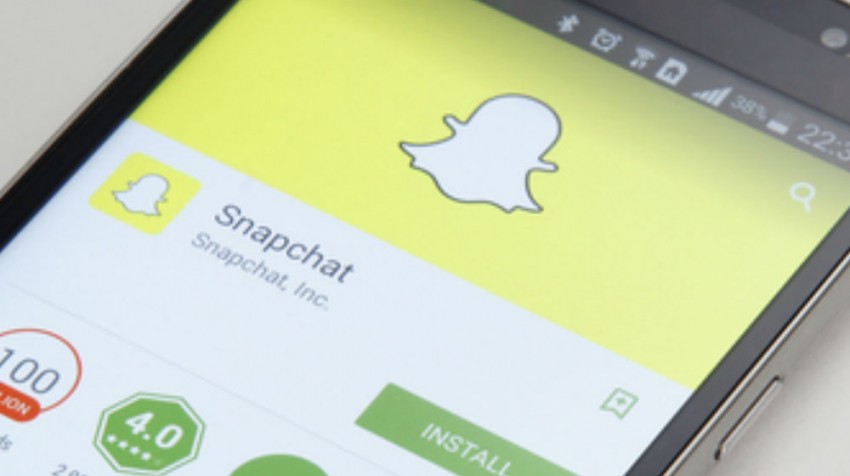 Some new names are making waves in the social media world. If your brand isn’t taking advantage of tools like Periscope and Snapchat, both of which made headlines this week with some new features and growth benchmarks, it may be time to change that.

In this week’s Small Business Trends news and information roundup, we share headlines about Periscope, Snapchat and plenty of other tools and updates that may be relevant to your biz. Read on for the full list.

While the battle for supremacy in online video has heated up between Facebook and YouTube, a relatively smaller yet high-performing player has steadily cemented its position. Social media messaging app Snapchat has recently revealed that its users are now viewing 4 billion videos per day.

What is Snapchat and How Can I Use It for Business?

If you’re over 25 years old, there’s a good chance you’ve asked yourself, “What is Snapchat and how can I use it for business?” Yes, demographics are very important when you consider using Snapchat as the majority of its user base to trends young.

Periscope broadcasts are no longer stuck in portrait mode. The Twitter live streaming app has listened to its faithful streamers and viewers and is allowing video to be shot and broadcast in landscape mode. For the uninitiated, Periscope is Twitter’s live streaming app that allows users to shoot and share live broadcasts right from their smartphone.

Got a verified profile on Facebook? You can now reach more people and engage your followers as Facebook has opened up Facebook Mentions and Facebook Live, its broadcasting app to anyone with a verified account. This means the Facebook Live app, which was previously available exclusively to only celebrities, can be now accessed by public figures and journalists.

Fundbox Gets Another $50 Million for Small Business Funding

Fundbox, an online site that provides small businesses with the immediate cash they need to stay afloat, has closed on another $50 million in funding. This new funding arrives less than six months after the alternative lending startup announced $40 million series B investment.

The second-hand clothing online marketplace is getting more competitive but one company, ThredUP, seems to have gotten ahead of the rest with a recent round of investments totaling $81 million. Goldman Sachs Investment Partners (GSIP) took the lead in the Series E investment in ThredUp.

JPMorgan Chase and W.K. Kellogg Foundation have teamed up with the Detroit Development Fund (DDF) to make $6.5 million available in loans to minority businesses in Detroit. Designated as the Entrepreneurs of Color Fund, it will be facilitated by DDF, which is a 501(c)3 non-profit.

Spotlight: FlyWine Offers Wine with Both Convenience and Quality

The wine industry is known for quality and precision. But wine drinkers also appreciate convenience, which is why the single-serve wine industry is experiencing a boom as of late. The only problem is, most of those single-serve wine brands don’t produce wine with the same quality and standards that wine drinkers have come to expect. That’s the problem that FlyWine aims to solve.

With the coming of chip card technology, most small businesses already face the challenge of transitioning their existing payment system. Still concerned small businesses may find that transition is easier than it might at first appear. And it also comes with many other advantages.

PITCH U Comes to Kent State University on Saturday September 19

Space is still available at the PITCH U elevator pitch competition at Kent State University on Saturday, September 19. A new business idea pitch competition sponsored by the Burton D. Morgan Foundation, PITCH U teaches students how to convince investors to back their ideas.

Final Release of Microsoft Office 2016 Due on September 22

Microsoft announced the final release of Office 2016 is coming on Sept. 22, 2015. There are several improvements to existing features as well as new tools to improve the business owners experience. Office 2016 has been in the works for a while. Since May, a trial version has been open to the public for evaluation.

Google Cracks Down on Robocalls That Mislead Small Businesses

Google today cracked down on robocallers that make illegal, recorded solicitation calls concerning local business listings and other Google services. The recordings imply the callers are representing Google. But they really are independent firms attempting to sell their services to small businesses using misrepresentation.

As a business, the number of payment options you offer to your customers can greatly determine your earning potential. With cash no longer the preferred method of carrying out financial transactions, your point-of-sale system better take every available platform, including mobile.

Salesforce has launched a product which it says will make it easier and faster for small businesses to close more sales. Called SalesforceIQ for Small Business, it is based on the “relationship intelligence” technology Salesforce acquired in its 2014 purchase of RelateIQ for $392 million.

Ways Your Small Business Can Capitalize on the Internet of Things

Note: The following is coverage of the Solid conference, with a specific focus on micro-manufacturing trends that are arising from IOT, trends on which small businesses can capitalize.