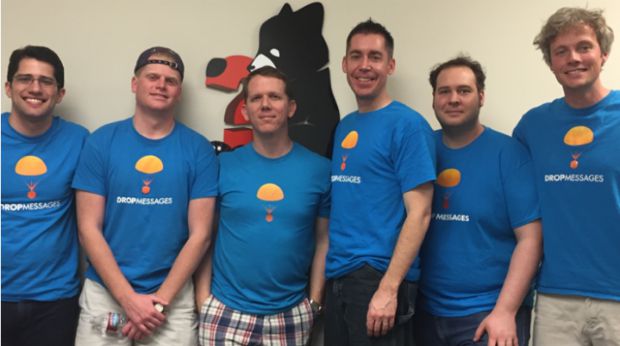 There’s no shortage of photo sharing apps out there. There are even plenty that let you share the location of each photo. But Drop Messages is trying to do something different.

The team created an app that lets users share photos with specific people, or the community as a whole, that they can see when visiting that physical location.

Read more about the app’s concept and the company behind it in this week’s Small Business Spotlight.

Lets friends share photos with each other in physical locations.

Users can share photos with friends that they can see when they visit the same locations. Or they can browse other drop photos taken nearby or even set up alerts for when their friends take photos in certain locations.

Focusing on the location of each photo.

Co-founder Eric Noeth told Small Business Trends, “While there are plenty of companies focused on photo sharing and building social networks, Drop Messages is the only player able to let you know via push notification when you have discovered a photo from the people you care about.

“It is a special feeling to see that you are sharing an experience with someone in your network that has been to a place before you and there are countless ways the app can be used.” 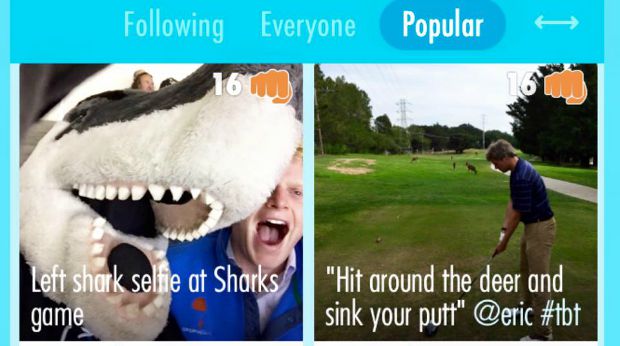 Because of the desire to be able to leave “virtual sticky notes.”

The idea came to the company’s co-founder Zach DeWitt. He later shared the idea with Noeth and the two decided it would be worth developing. Noeth explained that DeWitt was on his way to the airport one day and wanted to remind his roommates to take out the trash:

“He sent an email to that effect, and lo and behold, when everyone got home from work later that evening, the reminder wasn’t top of mind and the trash was neglected. Zach then had an epiphany that it would have been really useful to leave a virtual sticky note at the apartment alerting his roommates of the task as soon as they walked in the door and the information was relevant.”

Noeth explains, “As fate would have it, in our first day approved in the app store, we were to pitch the concept on stage in front of 1,000+ attendees in TechCrunch’s annual Boston Pitch-Off event. Out of 150 of the hottest startups in the north east, 15 were selected to pitch on stage and Drop Messages eventually won the event.

“This gave us the consumer validation we were looking for and opened up doors necessary to raise capital and grow our team. While a bit of a roller coaster, we couldn’t have hoped for a better first day live for download!”

Moving the business to San Francisco.

Noeth says, “Zach dropped out of Harvard Business School to make this move and we viewed this as a critical step in being closer to our technical co-founder, Matt Diepenbrock, and the richer mobile application ecosystem on the West Coast. While this was a risk, both financially for the business and personally for the founders, it ended up being a positive for the company.” 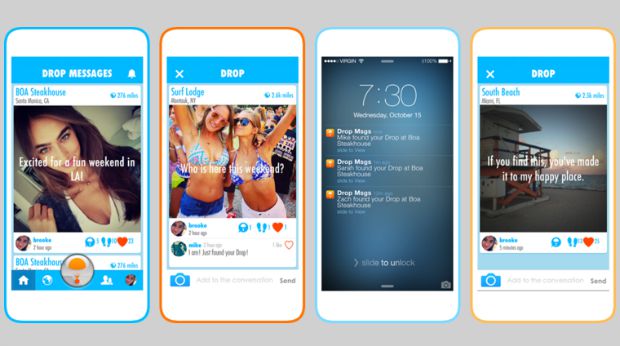 Don’t stress too much about the little things.

Noeth says, “To start, there were always legal issues arising and minor product debates that were endlessly stressful, and in retrospect, losing perspective on what critical items really mattered to building a successful business resulted in too much lost sleep and premature aging.”

Noeth says, “Specifically, we would like to build out more talent in our social media strategy, marketing and partnership teams.”

Noeth explains, “Eric got Stanley a month before the company was formed and they have grown together! Stanley is a part of 90%+ of Eric’s ‘Drops’ and is an important decision maker at the company.”