Ways Your Small Business Can Capitalize on the Internet of Things 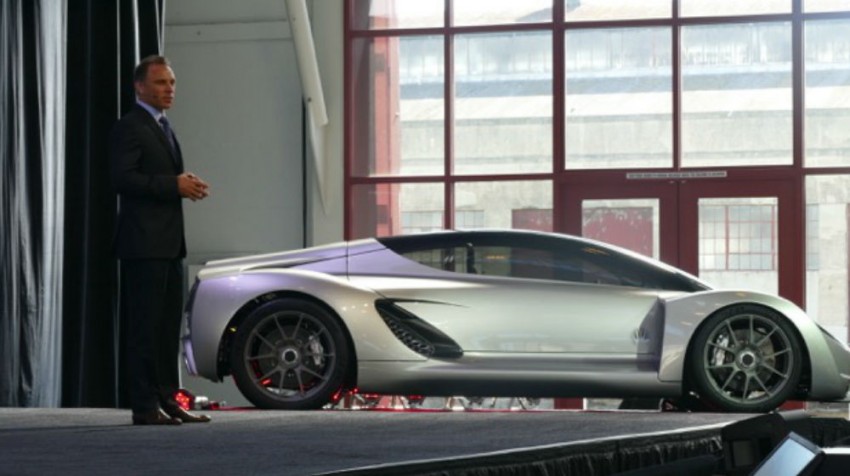 Note: The following is coverage of the Solid conference, with a specific focus on micro-manufacturing trends that are arising from IOT, trends on which small businesses can capitalize.

What if I told you that your next business venture may involve manufacturing a car? Or that your next startup will include the programming of microbes?

Those ideas, according to the O’Reilly Solid conference, are not only within reach, but are progressing rapidly into reality today.

I attended the conference to view presentations for new combinations of manufacturing, biology, and programming. These concepts, rooted in Internet of Things (IoT) tech, stirs grand imaginations of devices making people’s lives easier.   The ideas can also stir how your next business idea can be best positioned for a significant industry shift rather than a mere customer trend.

When most people hear or read IoT, they rightly think of consumer devices such as the Nest thermostat.  But through keynotes and shared stories, the speakers introduced the audience to how straightforward many ideas are.

But when thinking of business opportunities, one should examine how this technology filters down to everyday uses or how they create access to new industries.  That means a focus on how things are produced with small teams or with tools that allow for scale while leveraging limited resources – concerns that worry any entrepreneur.

One example came from Joi Ito, director of MIT Media Labs. He described how the cost of innovation for biology-related technology is dropping substantially, creating a faster timetable for implementing innovation than that established by Moore’s Law for processors.

His example included the dramatic cost drop of gene sequencers, from a $2.5 billion estimated in 2003 to a $1,000 handheld sequencer.  Imagine what this means. Such a drop in cost lowers the barrier of entry for new businesses involved in high tech.

Ito also noted advances that have cut development costs. His example is  Sorona, an engineered microbe that convert sugars to polyester at 30 percent higher efficiency than fossil fuels.

Economic results like these have shifted costs to a minimal level that engineers and designer can try to build devices and eventually businesses.  Ito also notes how kids in Shenzhen, a Chinese province nicknamed the “Silicon Valley of China”, make cells phone “the same way people typically build websites and apps.”

There are other IoT opportunities besides biological.  A tech company Divergent Microfactories debuted the first 3D printed sports car built on a subsystem that offer micro-manufacturing possibilities.  Another, Digital Lumiens, had sensor-equipped lights that cut on and off by activity in a given room.

Danielle Applestone, of The Other Machine Company, shared her thoughts on influences and similar advances in manufacturing. She’s also the person behind The Other Mill.

There can also be partnering opportunity with protocols.  Douglas Woods, president of the MTConnect Institute, presented MTConnect, an open-source, XML- and HTTP-based communications standard. The protocol lets manufacturing equipment and devices coordinate production instructions seamlessly, improving management ability to monitor and extract data related to the device communication.  The institute offers partnerships for those developing devices that incorporate the MTConnect protocol.

Your business should pay attention to IoT conferences as the volume of conferences increase.  The expos are great exposure for learning about technical challenges are being experienced and what has been attempted to date. They are also great locations to network with the speakers.  I usually learn a ton of ideas from speakers when there is an chance to speak to them directly.  And I love showing gratitude  – sometimes the keynote material was so terrific, that I would just say thank you to the presenters afterwards, because I recognize the tremendous effort that had to go into the keynote material.

Finally, many IoT conferences will take place in a number of locations.  The O’Reilly Solid conference was in San Francisco this past summer (next year is planned for spring), but many marketing and tech conferences in other locations are transitioning to IoT themes.  So places such as Atlanta, Chicago, and New York are sure to have opportunities for small businesses nearby.

So what are you waiting for?  To get started on following IoT ideas online, do a search on common subject hashtags such as #IoT and follow the associated tweets. I keep a column dedicated in Hootsuite for such hashtags, but you can also create groups in Twitter as another means to follow tech trends.

Pierre Debois is Associate Book Editor for Small Business Trends. He is the Founder of Zimana, a consultancy providing strategic analysis to small and medium sized businesses that rely on web analytics data. A Gary, Indiana native, Pierre is currently based in Brooklyn. He blogs about marketing, finance, social media, and analytics at Zimana blog.