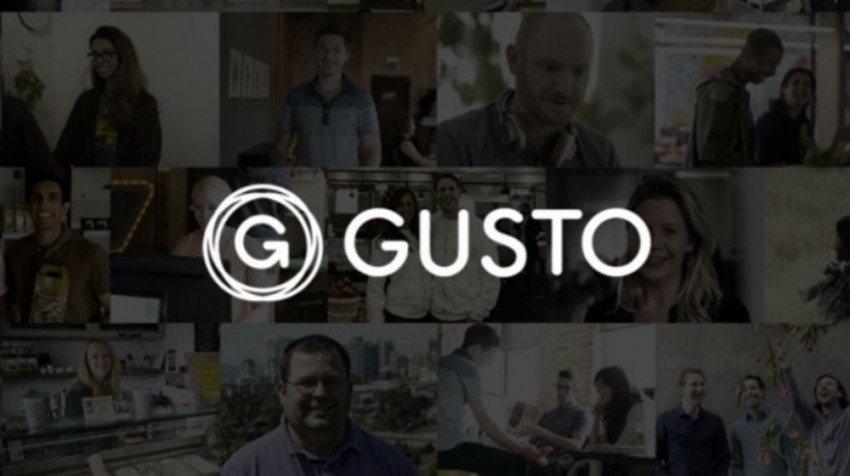 ZenPayroll, a San Francisco payroll startup, has changed its name to Gusto.

In an official post on The Zen Blog, CEO and co-founder of Gusto, Joshua Reeves, confirmed:

“Our new name Gusto was inspired by our customers and their teams who show courage and passion in the work they do every day. When you work on something you care about, with people you enjoy spending time with, it’s an amazing feeling. That energy. That oomph. That’s Gusto. We believe everyone has the potential to feel this way at work.”

For those who have just heard about the company — ZenPayroll (now Gusto) is a Web-based payroll processor founded in 2011. In April this year, the payroll processor raised $60 million in Series B funding, with support from Google Capital, Ribbit Capital and Emergence capital partners.

Today, there are more than 20,000 small businesses using the startup’s cloud-based system to automate tax calculations and payroll payments. The company has grown from 50 employees to roughly 275 employees this year. The company has also opened a second office in Denver with about 25 staffers and they expect to increase the number to 1,750 in about a year.

Accompanying the name change are two new services: worker’s compensation and health insurance. The health benefits service will at first only be available in California and it will be gradually introduced in other states.

In his blog post, Reeves says that the two new services will be fully integrated with payroll services and this will effectively reduce the tremendous and unnecessary manual effort for business owners. More importantly, the inclusion of the two new services into Gusto’s system means both employers and employees can easily manage all forms of compensation in one modern product.

“It’s something that, if we were to go back to 2012, to our seed fundraising document, it was something we said we would do from the very beginning and now we’re excited to be sharing it publicly with the world.”

Changing names and adding new services simultaneously is a big change for a startup, but Reeves insists that the change has always been part of their plan and not just a mere attempt to get away from the crowded “Zen” branding. Zendesk, ZenPayroll and Zenefits, are just some of well-known tech startups that have “Zen” in their name.

As Gusto expands to offer workers’ compensation and health benefits service, Zenefits, a previous ally and partner, is reported to be building its own payroll processing software. As of May, Zenefits was valued at $4.5 billion.

Even as Gusto expands its turf, Zenefits is keeping its game face on, saying it is not worried.

“The size of this market and the speed of the disruption are likely to attract many new entrants. We’re happy we started on this journey a little more than two and a half years ago, and as the market leader and pioneer in the category, believe that no one can match our product and how easily and automatically Zenefits eliminates the administrative work behind running a small business,” Zenefits spokesperson Kenneth Baer said in an email interview with Small Business Trends.