Amazon Web Services Hits $7.3 Billion, Aims To Be “Go To” for Cloud 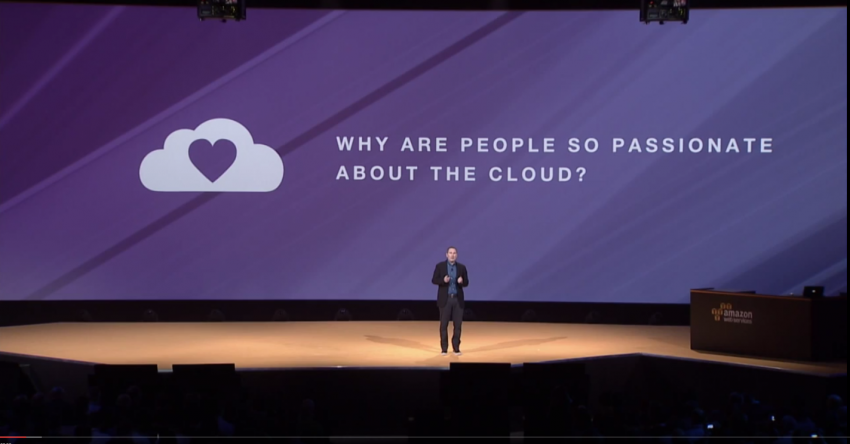 With reports of $7.3 billion in revenue, it seems Amazon Web Services is aiming to be the “go to” in cloud services for businesses both large and small.

When Jassy took the stage he gave some impressive numbers for Amazon Web Services growth. The company has seen around 81 percent in revenue growth this year with 1 million active business users.

But it’s Amazon’s database services that have shown the largest growth, up 127 percent year over year with $1 billion annual revenue.

Amazon offers AWS services aimed at enticing businesses of all sizes to go through them for their Web service needs. AWS Activate is a service the company introduced last year aimed at bringing in startups.

AWS Activate offers free starter packages for small businesses and specifically startups to dip their toes into AWS services. The packages bundle resources like tech training and hands on labs to help get companies familiar with what AWS has to offer. A standard starter package also offers a year of free AWS services so they can try is out without making a financial commitment.

There are two other packages startups can chose from in addition to the standard startup package. Portfolio and Portfolio Plus are aimed at startups in select accelerators, incubators, seed V/C funds and the like. Each package offers a variety of different features like up to $15,000 in AWS Promotional Credit for up to two years.

The service puts WorkSpace apps on the cloud and let’s you pay only once a product is launched. So your business is only charged if an app is actually used and apps can be purchased by monthly subscription.

The apps are managed and deployed to your WorkSpaces through a centralized management console, giving you more control, the company says.