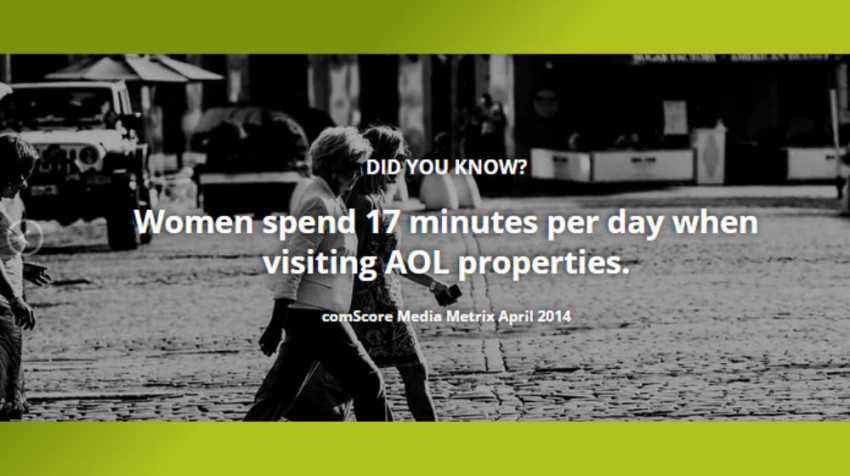 When Verizon bought AOL earlier this year, the two companies said they teamed up to pursue a joint vision of building the most significant media platform in the world.

What they didn’t mention was that they were going to be sharing customers’ personal data.

In a little-noticed announcement, Verizon revealed that it will start sharing information collected by its controversial “supercookie” with AOL’s huge ad network.

This is a hidden identifier that is inserted into mobile Internet browsing activity as standard for the network’s users.

AOL’s network, which is represented on more than 40 percent of websites, will be able to match millions of Internet users to their real-world details. These will be gathered by Verizon and include interests, age range, and gender.

This may be good news for advertisers who wish to target a vast group of customers within a very specific demographic.

And that might include small businesses who decide to use AOL advertising to target those demographics.

But the tracking method (often undetectable, undeletable and unblockable) has worrying privacy implications.  It may act as a beacon allowing third parties to follow you around the Internet.

Not only is this invasive, but the data collected lacks encryption. As a result, any person might  be able to get their hands on your personal data.

The government, for instance, could use such data to spy on you. The NSA has, in the past, used Google’s preferences cookie. It has tracked Internet users following them from WiFi to 3G networks using the unique cookie ID on their cellphones.

Remember that this may not only apply to you personally but to your business too. Imagine a competitor or hacker could collect data on your operations based on your online activities.

In addition, AOL will be able to use data gathered by Verizon’s hidden identifier to track sites visited, time spent on the sites and apps that mobile users open.

AT&T also used to have its own “supercookie.” But the company stopped using it after a public outcry in November of last year. Verizon has, however, pressed on saying that it is unlikely that ad agencies and sites would attempt to build complete customer profiles from the data gathered.

Months later, advertising company Turn was on the spot for using “supercookies” on Verizon customer’s phones, even after they had opted out. Verizon later said that it would work with Turn to ensure the use of the “supercookie” was consistent with the company’s purposes.

Verizon finally bowed to pressure in March, allowing users to truly opt out of using the supercookie. It is, however, important to note that the supercookie is still enabled as a standard on Verizon phones, and a good number of users still do not know of its existence.

Users can opt out of the advertising networks by setting preferences on AOL AdChoices pages or Verizon privacy choices.

To be sure, Verizon and AOL offer unprecedented targeting data for a substantial group of potential customers online, something small business owners can certainly appreciate.

However, customers should certainly have the opportunity opt out to avoid the privacy concerns that will inevitably arise.