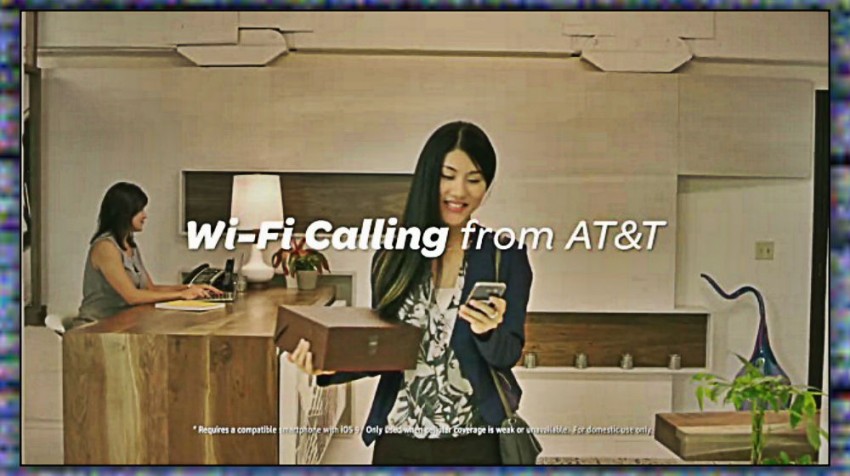 AT&T has rolled out WiFi calling for some of its iOS9 plans that include the HD voice feature.

The company also notes that the feature works on several iPhone models (as long as iOS9 is installed as well). Models that can use the WiFi feature are the iPhone 6s, iPhone 6s Plus, iPhone 6 and iPhone 6 Plus.

MacRumors outlines a number of the WiFi setting’s shortcomings, as well as the fact that the feature was rolled out later than AT&T said it would be. The site also notes that users can turn on the WiFi feature manually by toggling within the settings app. (Though some forum visitors took issue with that.)

MacRumors reports: “AT&T promised to launch WiFi calling alongside iOS 9, but … announced the feature was delayed due to its inability to get an FCC waiver that would temporarily allow the carrier to forgo offering support options for deaf and hard-of-hearing customers.”

Manually setting the AT&T WiFi calling feature doesn’t seem to work for everyone. One commentor laments: “You don’t get to choose. Apple says that ‘when cellular connectivity is poor’ but they don’t define that.”

Some comments were directed at the long-distance surcharge, which many deemed unfair.

Some comments that are skeptical of this feature are unclear on AT&T’s wording.

On another MacRumor thread, one person notes  some lack clarity on exactly how the new AT&T WiFi calling feature works, adding: “Well, it’s kind of disappointing though in that WiFi calling only works when ‘cellular connectivity is poor’ — which means what exactly? 1 bar? 2 bars?”

Several noted that the feature isn’t even available on their cellphones when it should be. One person, echoing others, noted: “Same issue for me. The AT&T WiFi calling option just isn’t there. I looked on my wife’s iPhone 6 and found it on hers. Weird thing is, when I tried to turn it on it said that she isn’t authorized and has to call AT&T.”

Ed Lieber is a staff writer for Small Business Trends. He is a journalist and marketing copywriter with 20 years of experience writing, editing and managing for print and digital vehicles.
7 Reactions
Subscribe
Follow @smallbiztrends
RSS LinkedIn Pinterest iTunes