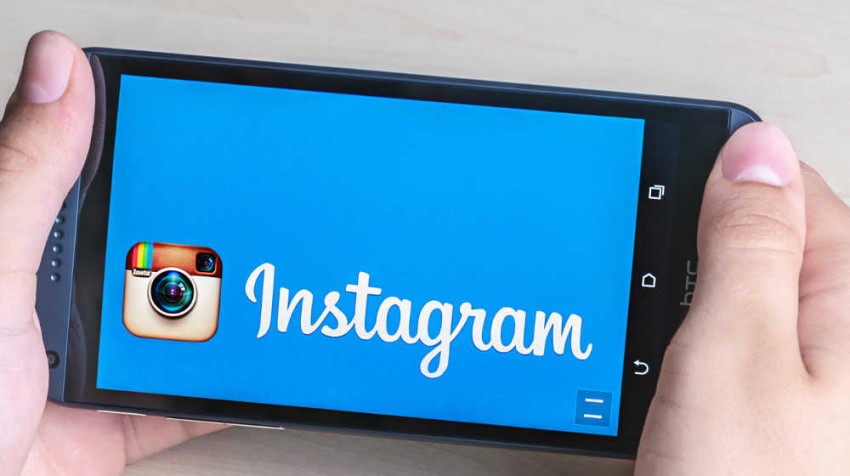 In the world of social media, there are so many different sites, apps and other platforms to choose from. But there are just a handful of really major players. Instagram is arguably one such platform. So reports of a new short video app from Instagram called Boomerang topped headlines.

So did other social media news like the merging of Twitter and Vine accounts.  Read about these updates and more in this week’s Small Business Trends News and Information Roundup.

Turn Photos into One Second Video with Instagram Boomerang App

Being able to access rich media on our smartphones has introduced many opportunities for businesses to market their brands. And with the development of new applications, there are more options than ever to engage with your customers.

Springbot, an eCommerce marketing platform that’s designed for online stores, has launched a new product that allows for social selling on Instagram. The integration of the eCommerce platform with Instagram allows online merchants to sell their merchandise directly to their followers using a customized shopping page that’s linked to their Instagram profile.

Twitter and Vine Entwine, Accounts Can Now be Integrated

Managing Twitter and Vine accounts just got easier. Twitter has announced closer integration with Vine, which means your Twitter followers will now be able to reach your Vine profile and vice versa. In a post on the official Vine blog, the company explained: “We’re making it easier for you to find and follow your favorite accounts and creators on both Vine and Twitter.

What Are Twitter Cards and How Do I Use Them?

One of the biggest shortcomings of Twitter has always been its 140 character per tweet limit. Nonetheless, creative small business marketers have been using the social media platform successfully for years. Twitter’s latest take on the traditional tweet, Twitter Cards, have opened a whole new world of possibilities.

According to Facebook, as of June 2015, it had an average of 968 million daily active users. It also recorded more than 1.5 billion searches daily, which has led the company to create a search platform that makes the more than 2 trillion posts it has indexed, more available.

Facebook has released a fix for its popular iPhone app. The company acknowledges the app has been sucking the life from users’ smartphone batteries.

What the Trans Pacific Partnership Has to Offer Your Business

After years of tense negotiations and deliberation, the Trans Pacific Partnership (TPP) free trade deal was finally struck in October. The historic trade agreement will boost trade for 12 member countries and cover 40 percent of the world’s economy.

One of the stories somewhat lost in the headlines earlier this month, is that of an impressive comeback. After almost two years of lagging performance, Samsung operating profits rose 80 percent during the last quarter over the same time last year. Reuters reports much of the cause of declining profits was due to losing part of the smartphone market share to Apple.

Where Does Growth of the Largest Franchise Systems Stand?

If you are curious about the growth of the most mature and largest franchise systems in the United States, take a look at a new report by franchising data provider FranchiseGrade.

What the Google Yahoo Deal Means to You – If Anything

Yahoo may be looking for ways to bring in more search revenue as a result of its recent deal with Google, but what does this mean for advertisers? The answer to that question may be mixed.   Under the Google Yahoo agreement, Google is to provide search result services in addition to search advertisements for Yahoo.

Inventory is and has always been a tricky problem for small business owners. Having too much of an item in stock that doesn’t sell is a rookie mistake, as is running out of popular products. However, a new tool called Google Shopping Insights might be just what small business owners need.

Nobody likes ads on YouTube, but would people actually pay to avoid them? Video creators who split advertising royalties with YouTube would certainly be hoping so after the company unveiled YouTube Red, its new subscription service. For $9.99 a month, subscribers will be able to enjoy an ad-free YouTube experience.

Halloween offers a unique opportunity for businesses to launch some fun and interesting marketing campaigns. Halloween themed promotions can help your business gain some interest and bring new customers through the door. Here are some Halloween marketing ideas you can use to bring some festive Halloween fun to your business while appealing to customers at the same time.

The Internet has recently been abuzz with news of an app that lets people rate other people. Peeple, an app said to be created by best friends Julia Condray and Nicole McCullough, came under fire after it emerged that, when the app is said to be launched sometime in November, it will allow users to rate anyone they know – without their consent.

19 Custom Printing Services as an Alternative to Amazon Merch

Recently Amazon introduced Merch, a service that allows independent designers, including small businesses, to upload logos and other designs for t-shirts and have Amazon sell them for a share of the profit with no initial investment. However, this service is far from new. There are many similar services out there.

Communicating effectively with customers is essential to any successful business. But slapping an email address on your website and waiting for customers to contact you isn’t always enough. Pure Chat is a small company that offers another method for businesses to stay in touch with customers. The live chat software was once a part of project management company Axosoft.

Small business owners in Minnesota — and maybe beyond — need to take another look at handicapped accessibility. Otherwise, they just may find themselves slapped with a lawsuit. The Disability Support Alliance, a Minnesota-based group, are suing more than 100 local small businesses over claims related to noncompliance with the Americans with Disabilities Act recently.

Karhoo thinks it can make taxi drivers more competitive. A 10-month-old startup that won’t formally launch until January 2016, the company has raised $250 million and plans to raise an additional $1 billion to challenge Uber. Karhoo partners with licensed taxi companies to allow you to digitally hail a ride. In New York City, Karhoo already works with Dial 7 and Carmel.

HP Will Shut Down Its Helion Public Cloud on Jan. 31

While companies like Amazon, Google and Microsoft are accelerating their expansion into public cloud services, at least one company seems to be bowing out of the competition. Bill Hilf, senior vice president and general manager of HP Cloud, recently announced the company will sunset its HP Helion Public Cloud offering on January 31, 2016. HP is not getting out of the cloud market.

Microsoft’s new Surface devices seem to be hitting it off with business customers. The company claims it has seen unprecedented interest with this generation than any before it, including many early adopters. So, to further this momentum, Microsoft is adding a new Surface warranty and trade-in program.

It’s said to be thinner, lighter and more powerful than it’s predecessors. The Surface Pro 4, unveiled at Microsoft’s mega event, has been available for pre-order for a few weeks already but now you can actually buy one. At 12.3-inches, the Surface Pro 4’s PixelSense display is the first difference you may notice from the earlier Pro 3.

What Is PowToon and How Do I Use It For Business?