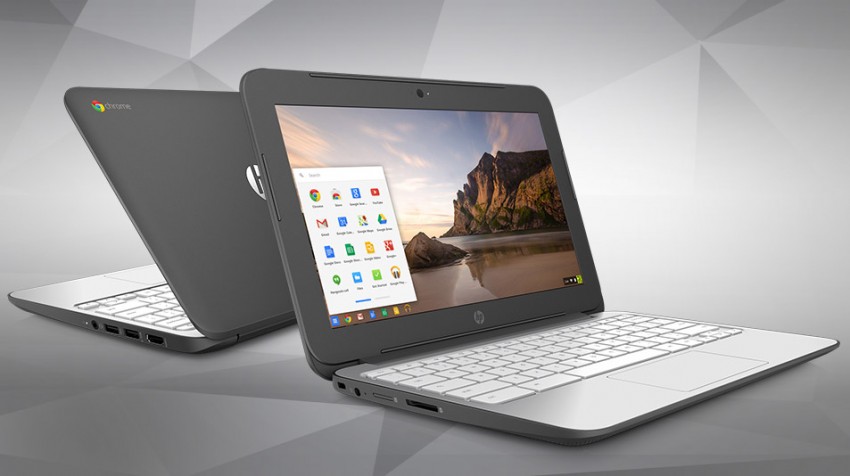 HP has recently announced two new laptop models for its Chromebook 14 series, Chromebook 14 and 14 G4, and they’re bringing back the Intel chip.

With promises of colorful high resolution at an affordable price and a version specifically aimed at small or medium-sized business users, the new Chromebooks could be worth a look.

The last Chromebook 14 sported a Nvidia processor, but HP is going in a different direction with these latest devices. The two newest models, the HP Chromebook 14 and Chromebook 14 G4, will be paired with the latest dual-core Intel Celeron N2840 processor and have many of the same specs as well.

It’s not just the return to Intel that is different in the new models, but the screen as well. The 14-inch display comes in a Full HD IPS version boasting 1920×1080 resolution. Though, truth be told, if you want to get the Full HD experience, you will have to spring for the upgraded version. The base model is HD, though not Full HD, and offers a lesser 1366×768 resolution that is more of a reflection of last year’s Chromebook 14 model.

The base model for the Chromebook 14 comes with 2GB of RAM and 16GB of storage. There are also a fair number of ports including one USB 3.0 port, two USB 2.0 ports, one HDMI port, and a microSD card reader.

If you would rather opt for the more business-aimed Chromebook 14 G4 you will get only slightly different specs. The two are relatively the same in many respects, though the G4 does offer 32GB of storage instead of the 16GB included in the Chromebook 14.

However there is more to the G4 than just its specs. HP claims there are built-in features specifically designed for small to medium business users. Multilayer security, console-based management, enhanced visualization, and VPN connectivity for workplaces come with the G4. In addition, HP boasts the Chromebook 14 G4 is the first Chromebook verified for Citrix Receiver 1.8 for Chrome.

But no matter what model or version you decide on, HP has packed more battery life into their newest Chromebooks. The company claims the new Chromebook 14 can last up to 9 hours or more on a single charge. This makes using the device outside of the office easier. Though it’s admittedly not the lightest laptop on the market, weighing in at around 3.94 pounds. It’s also 17.8 mm thick.

In addition to what comes internally, the new Chromebook 14 includes some additional perks with purchase. You can get 100GB of Google Drive cloud storage for two years and 12 free Gogo in-air Internet passes for eligible domestic US flights. There’s also three free Google Play movie rentals and 90 days of free Google Play music thrown in for your entertainment.

According to the company’s press release, the HP Chromebook 14 will be available November 8. Though it looks like the base model for the Chromebook 14 is already available you will have to wait a bit to get the Full HD model with better screen resolution.