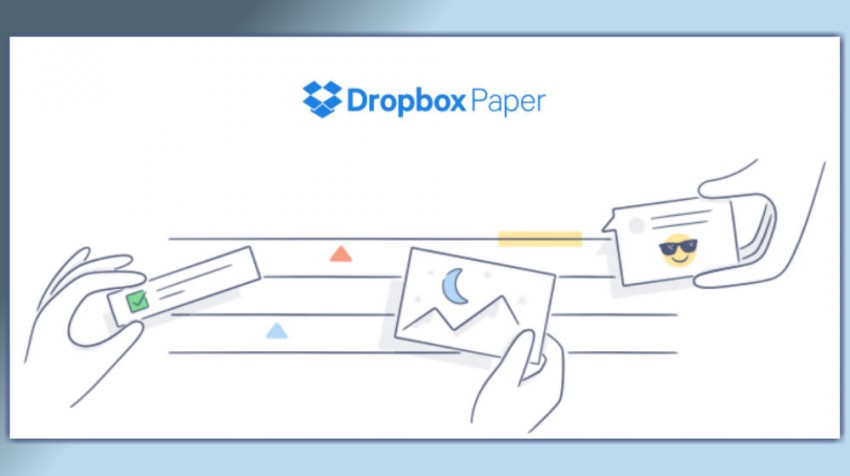 About six months ago, Dropbox quietly announced Notes — a collaborative note-taking tool — launching it as an invite-only beta version for a few select people to play with.

Back then, Dropbox said Notes was “a new way for teams to write together.” However, now Dropbox has officially rebranded Notes to Dropbox Paper and its beta-testing phase is expanding significantly. Users who are interested in trying out Paper will still need an invite, though.

For now, Dropbox Paper is available as a Web-only app and you can access it thorough your Dropbox account, though the cloud storage provider says it’ll have a mobile app ready when the product comes out of beta.

Paper’s user interface is reminiscent of scores of text editing apps like IA Writer, but while IA Writer is designed for solo composition, Paper is all about working together. The Web app’s interface also resembles that of Google Docs, with clear indications that multiple users can edit a document at the same time. Each user is assigned a colored cursor and then his or her full name is displayed on the margins.

According to Engadget, Dropbox Paper comes with a number of interesting features to go against Microsoft’s and Google’s own services.

Aside from collaborating and sharing in a text perspective, Paper allows small business owners, project managers and team leaders to add to-do lists, exclusively tagging team members or users who need to look at the list. Coders can also add lines of code to Paper and it will automatically format them accordingly.

Beyond text, files stored in a Dropbox account can also be quickly added to Paper by copying and sharing their URLs and pasting them into the new tool. The program will automatically render a preview of the PowerPoint or Excel file.

For the first time, Dropbox Paper is supporting Google Docs and Drive, despite the fact  that these Google services are Dropbox’s main business competitors.

There’s no doubt that Paper is among the more useful products that Dropbox has launched in a while, particularly since Carousel and Mailbox have received a couple of updates over the past year or so.

Dropbox Paper is a welcome addition to the wide variety of collaboration tools available as it works hand in hand with Dropbox’s own cloud storage service and a variety of Google’s services. Those who want to test the Web-only app can request an invite by joining the wait list.