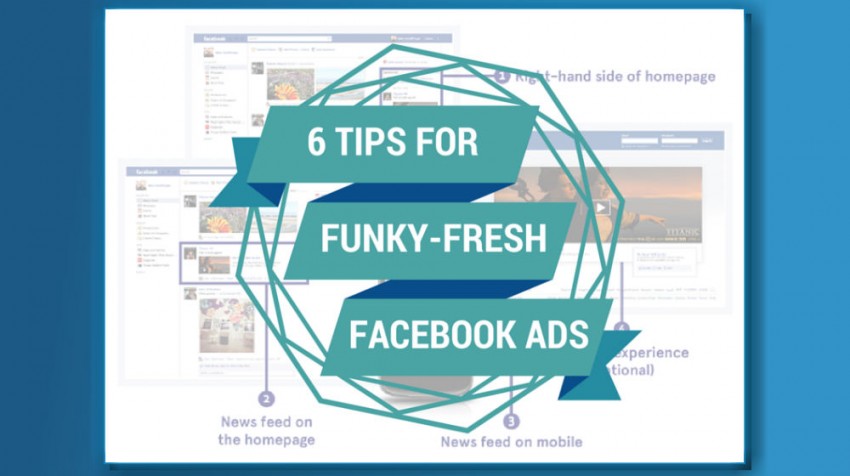 Lately Facebook has gone all in to provide businesses with tools and targeting options to connect with customers and prospects when it matters.

Facebook launched a local awareness initiative in 2014 that gave advertisers the option to add a Get Directions call-to-action button to their ads. This year Facebook took it up a notch with the Call Now button.

This is an important lead generation tool for businesses of all kinds, but especially local businesses. It basically takes an entire stage right out of the funnel. Rather than send people to your website or Facebook page hoping they’ll contact you, the Call Now button allows you to let people call you directly from your ad.

Smart targeting on Facebook can get you in front of motivated consumers on mobile. Adding the Call Now button gives people a direct link to convert from the ad, no extra steps required.

As powerful as Google Shopping ads are, it only made sense that Facebook would enter this arena, too.

The ads are template-based, meaning you don’t have to spend time on new creative for each ad. The templates pull images, product names, pricing and other attributes from your catalog, based on the keywords you’ve provided. This catalog integration also means your ads will stop running once your product is out of stock. 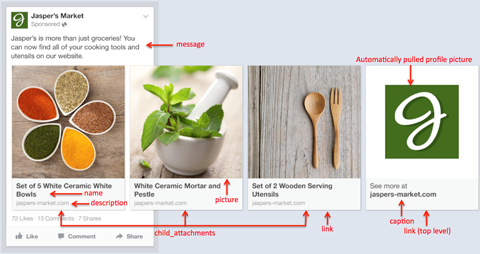 Best of all, these templates work for news feed and sidebar ads across all displays, so you don’t need separate ads for desktop, tablet and mobile.

Facebook launched carousel ads last year, but this summer they extended the option to mobile. This format has a lot of interesting possibilities, thanks to its ability to display multiple images with different links within one ad unit.

This mobile carousel ad from Tinker Crate spotlights different features and views of their product. 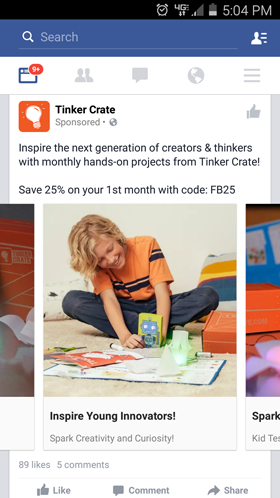 Given the natural inclination to swipe sideways on mobile, carousel ads are an intuitive, seamless ad format for mobile users that gives you a creative, engaging way to tell stories.

On the Power Editor side, this release offers a more logical interface, but also enhances bulk editing and advanced search capabilities. 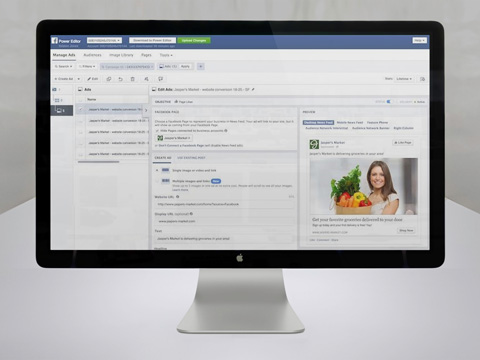 Ads Manager has a more streamlined feel, with performance metrics featured more prominently. Facebook said the update means “advertisers can quickly reference how their ads are performing in the same environment where they create and edit them.” Essentially, you now create your ads and manage them in one place.

What’s particularly awesome about this update is that you can bulk-edit the targeting and budgets for several ads at once and use the Create Similar option to duplicate ads and campaigns.

If you aren’t seeing these new features yet, don’t worry. They’re rolling out globally in the coming months.

Small- and medium-sized advertisers rejoiced earlier this year when Facebook released the stand-alone Ads Manager app. You can now track ad performance, edit ads, revise budgets, adjust scheduling and create ads, right from the app. (You can download the app from the App Store or Google Play). 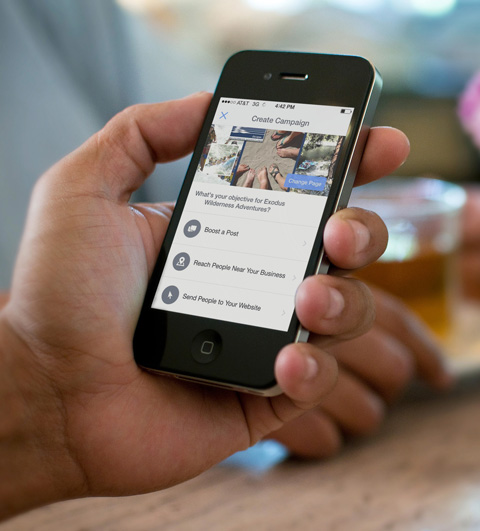 Now, you can be as mobile as the people you’re trying to reach and not feel chained to a desktop computer to monitor your ad campaigns.

Look to See These Ad Formats in the Future

This summer, Facebook announced they’re testing a new mobile ad format called lead ads. These ads auto-populate some form fields on mobile devices using information that’s already known about the person. This makes the submission process much easier, as the user can just verify the accuracy of the information and click through. 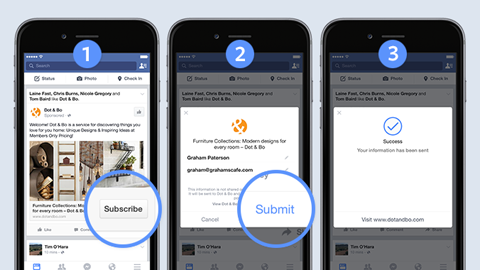 Lead ads might be a good option if you want people to sign up for your company’s newsletter, request a follow-up phone call or receive a price estimate. Once you get in front of motivated consumers on their mobile devices, you don’t want to risk losing them by asking them to type in a bunch of information.

Basically, the ad takes over the screen when a user clicks it in his or her news feed. When it expands to full screen, the ad becomes a browsable microsite, but it keeps the user within the Facebook ecosystem.

This ad format will demand a great deal of creative and will probably suit larger brands, at least in its early days.

Mark Zuckerberg was of the longstanding opinion that GIFs were a disruption to the user experience, which was a pretty poor excuse for keeping the old ban in place for so long. How many times have we seen GIF content go viral on Twitter? Even Google+ supported GIFs. Facebook itself supported auto-play videos, which really made the “but UX” excuse ring hollow.

But no more. Now, you can use GIFs as part of your advertising strategy, which Wendy’s and Kuat (Coca-Cola’s Brazilian brand) have already tested out:

We’ve found that adding video in Facebook News Feed Ads increases post engagement by 3 to 5 times, on average, but often by even more. Even a stupid, boring post can be made interesting using moving imagery, via a video or GIF. See the example above; no matter how hard you try, you just can’t make a salad “look” as good with a few lines of text and a static picture. The GIF makes it eye-catching, but also shows off the layers that go into the making the salad – use your imagination and apply this technique to your products.

Ideally, you’ll have tons of video in your Facebook advertising arsenal, but one of the challenges there is the time, effort and cost required to produce great video. It’s way easier to simply find an animated GIF on Google Images: 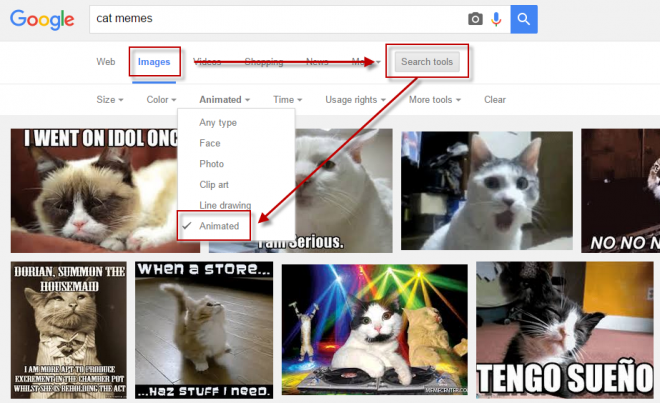 Let’s face it, people just love GIFs. They want to ‘Like’ them, comment on them to tell you how cool they are, and share them with their friends. Try to find GIFs that are funny and original and somehow align with your messaging, or create your own.

Ready to get started with GIFs on your company’s Facebook Page and in Ads? Here’s what you need to know: