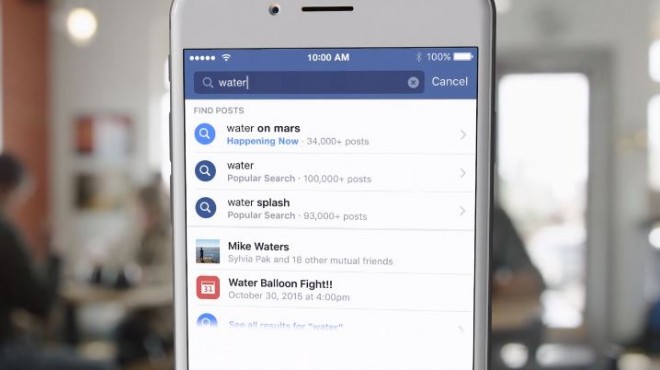 According to Facebook, as of June 2015, it had an average of 968 million daily active users. It also recorded more than 1.5 billion searches daily, which has led the company to create a search platform that makes the more than 2 trillion posts it has indexed, more available.

Facebook’s VP of Search, Tom Stocky, recently announced Facebook Search FYI, “Today, we’re updating Facebook Search so that in addition to friends and family, you can find out what the world is saying about topics that matter to you.”

The evolution of Facebook’s search has been gradual, perhaps because it didn’t want to shock its users by making their interaction publicly available from the get-go. But as users continue to evolve with Facebook, the controlled introduction of new functions by the company are readily accepted, if not by everyone, by the vast majority.

The new Facebook Search FYI goes beyond your friends and family to find out what is happening in the world, in real-time, regarding a particular search.

As soon as you begin typing in the search field, Facebook Search FYI starts making timely, personalized suggestions while, at the same time, highlighting events that are taking place in real-time.

By going beyond your circle, you can now see what others are saying – and you can now be displayed in real-time search results – because people comment on your product or service even if they are not in your circle. This will give business more access to what the Internet is talking about. That means no longer having to scroll through all the noise.

The Facebook Search FYI result is customized for each user, because Facebook takes all the actions you have taken on its site to provide the outcome. This includes all the pages you like, your friends and any other interaction that is relevant for delivering an accurate and timely search result.

Rousseau Kazi, a product manager on Facebook’s search team, told The Verge, “We’re making it super easy for you to get everyone’s perspective in one place about a topic that you care about.” He went on to say, “Once you understand the basis of the story, we move into how your world is reacting to it.”

This is good news for marketers, because this means that all public posts will now gain more visibility by coming up in Facebook search results – in real time – while discussion is actively taking place.

If you want to be included on Facebook Search FYI, simply select Public for your Facebook posts. For those of you who still wish for some privacy, choose Friends for your posts. These options show Facebook is letting users be as public – or as private – as they want to be.

The update is available in US English on iPhone, Android and the desktop version of Facebook, with availability to everyone else rolling out soon.