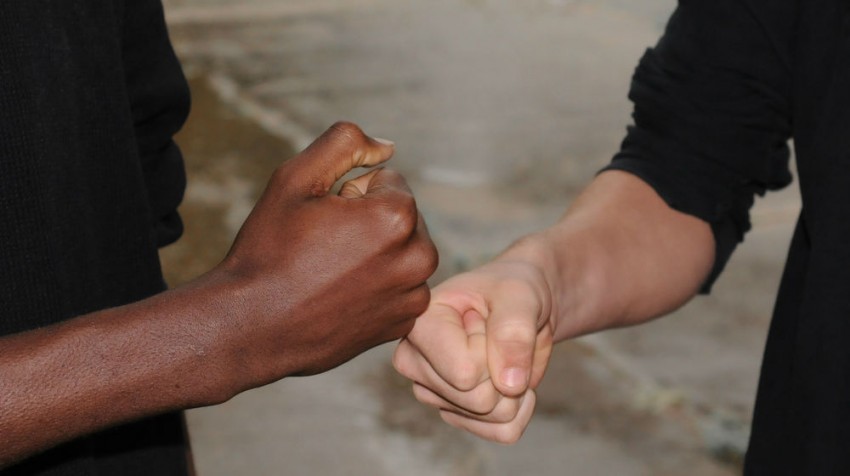 Does your company have a secret handshake? Probably not, but you may want to think about creating one. Look at any sports team and see the special things they do before, during and after a game. They prepare and celebrate in a way that is unique to them.

I saw one of the best examples of this while I was traveling to New Zealand and witnessed the national rugby team, The All Blacks playing a match. Their ritual of doing the Haka, a native Maori dance, before each game is legendary.

Paolo Guenzi, an Associate Professor of Marketing, Bocconi University in Milan, Italy states in Harvard Business Review that “It expresses the team’s pride in their heritage and teammates. Neuroscientific research shows that rituals like the Haka trigger feelings of connectivity, timelessness, and meaning, which stimulate mental flow states. These, in turn, reduce anxiety and increase energy and focus.”

This has also been tested by Francesca Gino, associate professor of business administration, at Harvard Business School. He conducted a series of studies and got people to do tasks that caused anxiety. Half the subjects had to perform the stress-inducing task without performing any ritual, while the other half were taught a ritual to carry out before the task. According to Professor Gino, the ritual in itself can be nonsensical.

For example, Gino had one ritual in where the participants were asked to draw a picture of how they were feeling, sprinkle salt on the picture and then tear it into five pieces. He reveals that “we saw lower physical arousal and there were real differences in performance, [among those performing the ritual] … Ritual puts you in a mindset of ‘I am going to do this’.”

Rituals in a company are such an important part of any culture. It makes all employees feel like they are part of an exclusive club. Like in sports, it creates a share social identity which drives the team to deliver a better and happier performance.

A company that I worked at had a ritual of giving annually a Mercedes luxury car to the top sales manager. The following year, if another manager won the car, the previous winner had to drive the car to the new winner’s location wherever they were in the country. This ritual gave an incentive not to lose the prize each year since the managers were spread around the U.S.

At Gentle Giant, a Somerville, Mass.-based moving company, they host “The Stadium Run” up and down the stairs at Harvard to highlight its culture of hard work. For this team, it has become a rite of passage ritual for new movers.

Small Business Rituals to Add to Your Company

Let some small business rituals happen organically from the employees. Observe what the group does naturally and then reinforce them formally. A secret handshake may actually do the trick!

Barry Moltz gets small business owners unstuck. With decades of entrepreneurial ventures as well as consulting with countless other entrepreneurs, he has discovered the formula to get business owners marching forward. His newest book, BAM! shows how in a social media world, customer service is the new marketing.