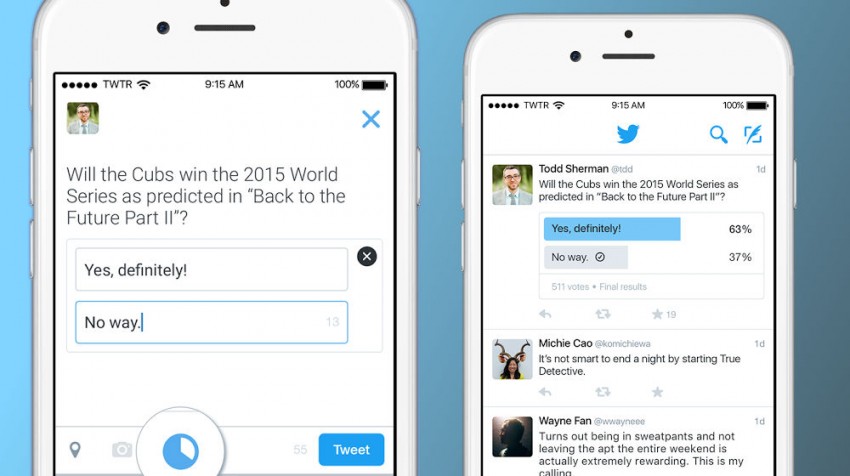 Twitter has unveiled Twitter Polls, a new feature that allows for the collection of feedback in a more straightforward way than previously possible on the service.

Coming soon! We’re rolling out the ability for everyone to create polls on Twitter: https://t.co/pH5a8q9Ujz pic.twitter.com/ijAKEMUdf1

For the rest of the week, Twitter Polls will be rolled out to the various platforms with which users access the social media site: iOS, Android, and on your desktop.

You will know you can access this new feature when the poll icon is visible above your Tweet-composing box.

On its official blog, the company explains:

“We’re excited to share that in the coming days, everyone will be able to create polls on Twitter. And, with just a couple of taps, people can weigh in on all the topics they care about.

“If you want the public’s opinion on anything — what to name your dog, who will win tonight’s game, which election issue people care most about — there’s no better place to get answers than on Twitter.”

Twitter had previously offered the ability to more informally poll followers by Tweeting questions and tracking replies, using hashtag votes, or simply by asking followers to favorite or retweet a message. But the new feature offers a way for users, including small business owners, to get feedback like never before.

The new feature will allow everyone who accesses the site to create two-choice polls directly in their compose box. Polls will remain “live” on the platform for 24 hours. Anyone can vote in any poll. How you vote will not be shared publicly, Twitter says.