HelloGiggles by Zooey Deschanel Acquired by Time Inc. for $20 Million 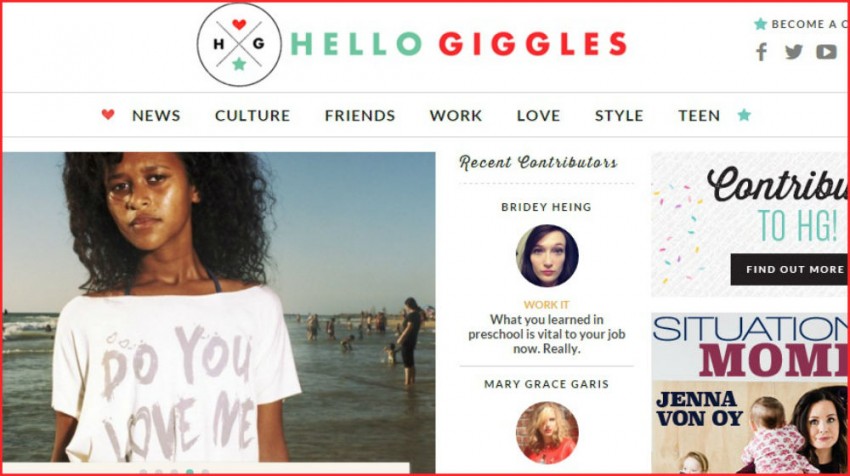 The small site — founded in 2011 by actress, musician and TV personality Zooey Deschanel, Molly McAleer and Sophia Rossi — was nabbed for a purchase price of around $20 million, the Wall Street Journal reports.

The sale follows a months-long relationship during which Time Inc.’s most profitable publication, People, worked with HelloGiggles.com on the advertising front. This fueled massive growth over the past year, from 721,000 unique monthly visitors in September 2013 to 11 million this past September, according to researcher comScore Inc.

HelloGiggles offers lively reporting on everything from pop culture and style to recipes and crafts. A portion of the site’s content is contributed by readers but unlike many popular websites in this genre, HelloGiggles has a strict “no gossip” policy.

Rossi once said in an interview: “Every article must have a lesson learned, or contribute something to our readers.”

The HelloGiggles team broke news of its acquisition, underlining how its community-based platform stands to benefit:

“By partnering with Time Inc., we hope to promote the work of our amazing contributors on an even bigger platform, to showcase young talent and reach more readers than ever, and to expand the HG community in cool, new, exciting ways.”