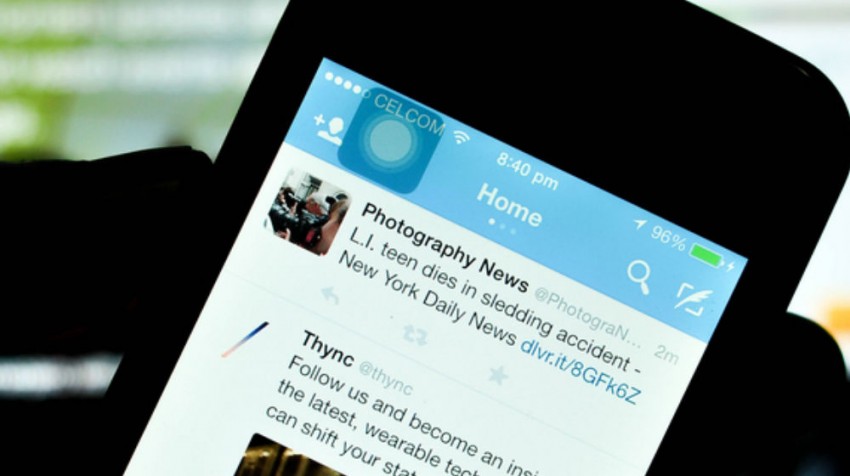 Twitter has long been considered one of the most useful social platforms for brands. And this week, the microblogging site announced some changes, like removing share counts below tweets and redesigning buttons.

But it’s another social platform that seems to be catching more eyes lately. Instagram just reached the 400 million user mark, making it a bigger platform than Twitter.

Read about these headlines and more below, in this week’s Small Business Trends News and Information Roundup.

Surpassing Twitter by more than 80 million users, Instagram announced it now has a community of more than 400 million around the world. This means that Instagram is bigger than Twitter. Going from one million users in December 2010 to 400 million in 2015 represents meteoric growth no matter how you gauge it.

ZenPayroll, a San Francisco payroll startup, has changed its name to Gusto. In an official post on The Zen Blog, CEO and co-founder of Gusto, Joshua Reeves, confirmed: “Our new name Gusto was inspired by our customers and their teams who show courage and passion in the work they do every day.

35 Freelance Sites to Explore for Freelance Assistance and Jobs

Need project help or temporary workers for your business?  Today you’ll probably go online to find help, especially for knowledge workers. And for freelancers who themselves operate as solo small businesses, marketplaces have opened up new opportunities and become powerful marketing platforms.

How to Use Social Media to Find Employees

Social media has transformed how businesses recruit today. Consider that, on a monthly basis, more than 288 million people use Twitter and 300 million use Instagram. Even more, about 890 million a day, use Facebook. Social platforms are marketing platforms, but hiring managers and recruiters are increasingly turning to them to find talent too.

How to Manage the Risks of Equity Crowdfunding

Equity crowdfunding refers to efforts by entrepreneurs to raise small amounts of money from many people (“the crowd”) by selling shares, typically through an online portal. The Securities and Exchange Commission (SEC) recently approved the final rules for equity crowdfunding in the United States.

What is Bonus Depreciation and Does Your Business Need It?

A group of small to medium-sized manufacturers is asking Congress once again to restore tax provisions that allow small businesses to write off equipment costs as well as deduct the purchase price of some equipment.

You Won’t Find Most Entrepreneurs Napping On the Job

Getting enough sleep is essential to a productive work day. But busy entrepreneurs don’t always have time to get as much sleep as they’d like. A new infographic from furniture company Home Arena examines some of the sleeping habits of successful entrepreneurs, including Small Business Trends CEO Anita Campbell.

Can Fidgeting Help When Sitting Long Hours at Your Desk?

Small business owners tend to be desk jockeys, what with all the paper (or computer) work associated with running the business. Studies show that even the recommended cardio exercise for a half-hour two or three times a week may not sufficiently offset hours of sitting.

Everyone with Internet access has likely experienced bugs on various websites. And if you’ve ever tried to convey your experience to the website owner or operator, you’ve likely experienced frustration that you can’t simply show them what’s on your screen and get them to fix it. That’s the problem that Usersnap is aiming to solve.

Small business travelers that search online for better deals on airfare, hotels, and the like, stand to gain from the Expedia acquisition of Orbitz Worldwide. The companies each promise that the Expedia Orbitz merger can expand their offerings to discount-seeking travelers, especially those traveling for business.

Skillfeed.com, an online video tutorial and learning marketplace run by Shutterstock, is shutting down effective September 30, 2015. An announcement posted by the Skillfeed team explains: “Skillfeed is at a crossroads and, after thoughtful consideration and exhausting many different ideas, we have decided to no longer accept new customers or instructors as of today.

Cortana is Microsoft’s version of the voice-activated virtual assistant. This app and new base feature of Windows 10 first started on the Windows Phone operating system. She stacks up against the other heavyweights like Apple’s Siri, Amazon’s Echo, and Google Now. If there’s a superficial difference between each, give Cortana the edge in personality.

Rumors have been circulating and speculations abound but now the anticipation is over. Google has finally revealed the newest phones in its Nexus lineup. And they’re available for pre-order. At Tuesday’s live Google event the company unveiled its newest smartphones, the Nexus 5X and Nexus 6P. The Nexus 5X is the smaller and less expensive of the two.

How Does Your Business Rank On DuckDuckGo — And Should You Care?

DuckDuckGo didn’t want to wait for laws or others to change their policies. From the get-go, this search engine was created to value your privacy, provide instant answers, and less spam. DuckDuckGo is a search engine that doesn’t track your browsing and activity. Its privacy policy is plain and simple: “We don’t collect or share personal information.

Pebble’s Latest Smartwatch is — Round!

Pebble is hoping that the new design of its latest smartwatch will change the public’s perception of the devices … and hopefully their acceptance, too.

Could a GoPro Drone Be On The Way?

GoPro founder and CEO Nick Woodman confirmed in an interview with Matt Burns at Disrupt SF that his company is working on a GoPro drone. TechCrunch quotes Woodman explaining: “Development is on track for the first half of 2016. We have some differentiations that are right in the GoPro alley.” Other than that, Woodman didn’t divulge any more specifics on the drone.