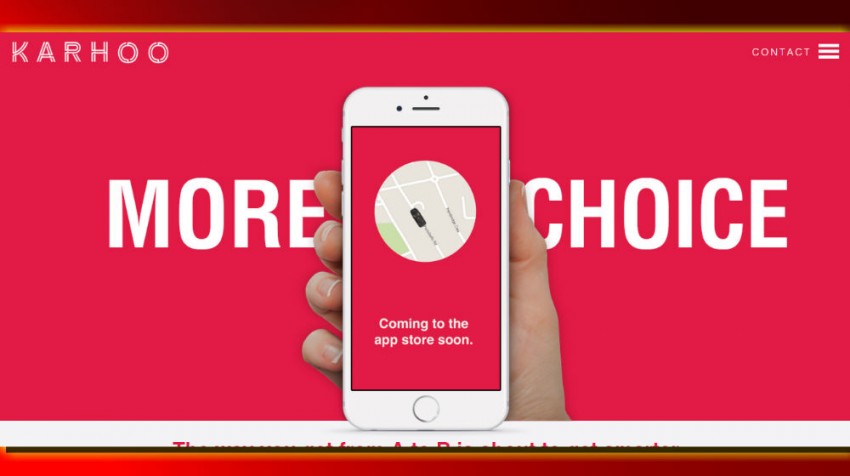 A 10-month-old startup that won’t formally launch until January 2016, the company has raised $250 million and plans to raise an additional $1 billion to challenge Uber.

Karhoo partners with licensed taxi companies to allow you to digitally hail a ride. In New York City, Karhoo already works with Dial 7 and Carmel.

It will debut new additions, including in New York, in January.

Nick Gatfield, the former CEO of Sony Music Entertainment, and David Kowitz, the co-founder of hedge fund Indus Capital Partners are among the startup’s investors.

Karhoo founder and CEO Daniel Ishag told BusinessInsider: “[Uber] can’t subsidise prices forever; they have to be profitable, especially if they want to IPO. We can go in and we can level the playing field.”

The taxi industry that for so many years held dominion over America’s cities, especially in Manhattan, has so far met its match in Uber.

Uber has severely dented the taxi cab business, especially in big cities. There, the number of total yellow cab trips for the first half of this year fell by 10 percent, to 77 million, compared with last year’s first half, according to data from the Taxi and Limousine Commission analyzed by the New York Daily News. Revenue also fell.

Uber also completed some 100,000 trips in New York City per day this past summer, a fourfold increase compared with last summer, the Wall Street Journal reports.

And with Uber poised to raise $1 billion in a new round of funding, the service has, until now, appeared unrivaled.