Not only are the Golden State Warriors the reigning champions of the National Basketball Association, but they are also known for being just as successful off the court when it comes to digital marketing. Kenny Lauer, Vice President of Marketing and Digital for the Golden State Warriors, shares the team’s philosophy of being in the experience creation business, when and how they use social media to drive ticket and merchandise sales, and the roles their website plays in engagement compared to their mobile app. 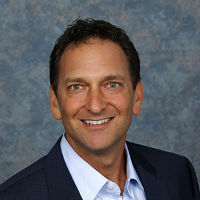 Small Business Trends: Tell us a little bit about the makeup of marketing within the Golden State Warriors.

Kenny Lauer: I have three centers of experience. I have the digital experience – they’re responsible for everything socially and digitally from a marketing point of view. I have the game center of experience – so they’re responsible for everything that happens once someone passes through the entrance gates at Oracle Arena to when they leave the exit gates. Everything that happens in the parking lot, in the plaza, in the arena, is the responsibility of the game center of experience team. And then the third center of experience is my studio group or my content group. They’re the ones that generate the videos you see and the static photography you see through all of our social channels in the arena and in broadcast. So if you think of those three as a Venn Diagram overlapping each other there’s a more specific brand marketing group that cuts across the top that helps to support the brand, brand messaging, brand campaigns, and continues to move across the organization but as well dive into each one of the centers of experience as needed.

Small Business Trends: Maybe you could talk a little bit about the overall impact social is having on the way that you’re able to create these experiences.

Kenny Lauer: The main purpose of our social channels is primarily to, at a very high level, extend our brand globally and engage our fan base.

We do a lot of behavioral marketing. We have a marketing strategy that I would love to take credit for but it’s not mine, it’s a guy named B. J. Fogg, who’s the Professor of the Persuasive Lab at Stanford. And we really work hard to understand what kind of behavior we want to drive, and then we look at what channels we’re going to use to do that.

The primary sites we have a hyper level of focus on are of course Facebook and Instagram, Twitter, Vine, Periscope, that kind of group. And Weibo, which is the Twitter platform in China, because we have a very big following in China.

And the real challenge has been if we want to optimize these channels you have to really know what works in those channels, and in terms of empathy with our fan understanding what works for our fan base. Which is why we use Weibo in China because you wouldn’t use anything else. And we also use YouTube as well, I should say. 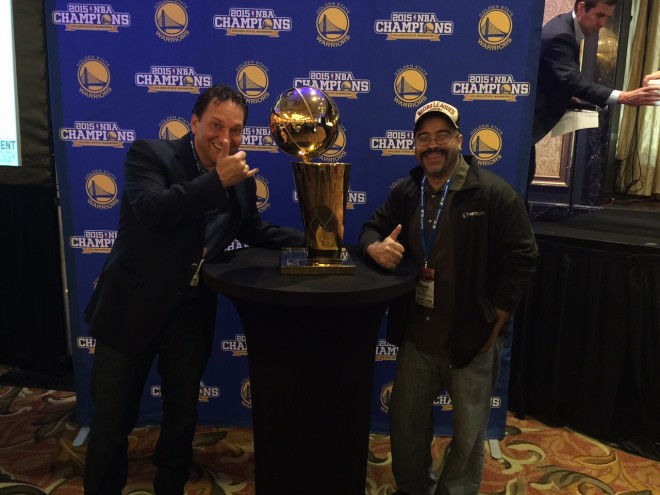 What we have found is Facebook has been incredibly powerful. One of the consultants we have says that Facebook rocks video and video rocks Facebook, and that really has been what we’ve found. If we use Facebook video in the most effective way our number of interactions, both in engagement and then in conversion, is significant.

We have found Twitter is not converting well for us in merchandise or ticket sales but is phenomenal at real time engagement. Like live tweeting a basketball game, or if a press conference is happening to alert people. And that’s been primarily how we have used that. And then as you compare it to YouTube we really look at Facebook more around sharing and YouTube around consuming, solely consuming. And then Tumblr we’ve just been playing around with, and I’m not sure how much additional effort we’ll continue to put in that. We also are spending a lot of time exploring Snapchat, the different ways we can do it following where their platform is going. But for the Golden State Warriors primarily Facebook has just been phenomenal.

Small Business Trends: Talk a little bit about your efforts around creating experiences around merchandise versus ticketing and how you apply different strategies around those different areas.

Kenny Lauer: When you’re at the type of basketball team like the Golden State Warriors, there are two really obvious revenue pillars that always are relevant and present, and that’s ticket sales and merchandise.

Part of our work was: how do we optimize the social channels to be able to support conversion to purchase of tickets or conversion to purchase for merchandise, which we’ve really just started to focus on? And so what we have done – and we’ve kind of just started down this path – is really look at doing some A/B testing to understand what works well. And we’re starting with Facebook because of the success that we’ve had. And what we first started out with was, what have we found? If we create video content, for example, what works best in an A/B test? The conversion to merchandise or the conversion to tickets? And we saw over double amount of conversion in Facebook video to tickets.

Then we said let’s focus on tickets. Let’s do an A/B test between what works best for the thumbnail – a picture or an ad. And what we found was that a picture worked really well. Now we know when we’re doing tickets we’re using a picture as a thumbnail. Then what kind of content works well? And we have two primary categories, and one is hype.

You see a picture of Steph Curry hitting a three-pointer or Harrison Barnes doing a dunk, or fans surrounded by some hype music. So that’s called hype. The other is what I call storytelling, and that’s content. That would be like a deep dive into a player, or the story about how someone got somewhere, or the story about someone’s college experience, or the story about what we’re doing in the community. And what we found, almost without a doubt, except for a particular video that the Oakland Raiders did for us, was that hype was the one that proved out best.

We didn’t used to do everything by data, so it was always my word against the ticketing group’s word on what would work best. But as we started to really dive in to figure out how to optimize a channel based on our fan base it became very clear. Ticketing, picture as a thumbnail, and hype videos. And then at that point we had the kind of formula and then we just did a test of five different pieces of copy. And it’s been phenomenally successful. And, of course, you have to refresh tings, you have to keep the content new, especially in sports, which is all about live, what’s happening now. The last game isn’t important anymore now that you have a new game. But with Facebook the way that we’ve been able to do that has worked really well.

Small Business Trends: How do you determine the right role for the website, for the mobile app?

Kenny Lauer: Our webpage is really designed as an ultimate goal to develop our fans, and what we are currently doing now is to understand what is that mix of storytelling versus merchandise and ticket purchase.

For our app, the main purpose is for fans to have access to the team anytime, anywhere. And right now we are largely repurposing our web content and we’re working very hard to evolve that app. Especially as we move to San Francisco we’re really going to look for how to re-imagine the way our fans want to engage with our brand. In the future we hope to migrate our mobile app so it’s unique content, a robust, local fan focused tool that can be used at any time. So each one of these, to look at what the overall ecosystem is or make sure that we are creating the kind of – and this is just kind of what tools we use. The content that we develop to deliver on these tools is the other side of the coin.

We’re creating a story world ecosystem. You can go to ESPN, you can get all the feedback on SP Nation, any of those places, to get content around what happened on the court. What you can’t get is the rest of the story, right? What are the Warriors like with community? What do the Warriors look like in fashion? What about behind the scenes? So we’re looking to build out all these other hooks for our fans so that we can deepen that level of engagement, so when they go back to watch the basketball game all of a sudden they’re more invested. They have a greater appreciation for that person on the court. And then to use that sort of concept and deliver in an optimized channel is really the gold ring.

Small Business Trends: You’ve mentioned it’s almost like you’re building a culture of data or information or analytics. How important is that to the success of what you’re doing with the Warriors going forward?

Kenny Lauer: We’re late to the game in terms of The Association, the NBA. There are other teams that are way far ahead of us, and certainly other – the Golden State Warriors don’t tend to benchmark against just other teams we benchmark against the best in any industry, in any vertical. But it was absolutely critical that we become a more data driven organization. And that was not a hard sell internally, because once they get a taste of making decisions that are defendable by trusted data, it actually becomes a lot easier. Instead of saying I think this and you think that.

And we’re looking at not only building out a CRM, for sure, but we’re exploring how to do – we’re going to have a lot of unstructured data as we start to move into our innovation side around Beacon technology and the collection of data that doesn’t easily fit into a spreadsheet. As we start to move into all those directions we’re going to have a much better picture of where we stand in terms of the business of basketball and the business of entertainment. And I think that, at least in this organization, that’s a big sigh of relief, because there’s things that you can hang your hat on.