New Upgrades to iMac Include 4K and 5K Display 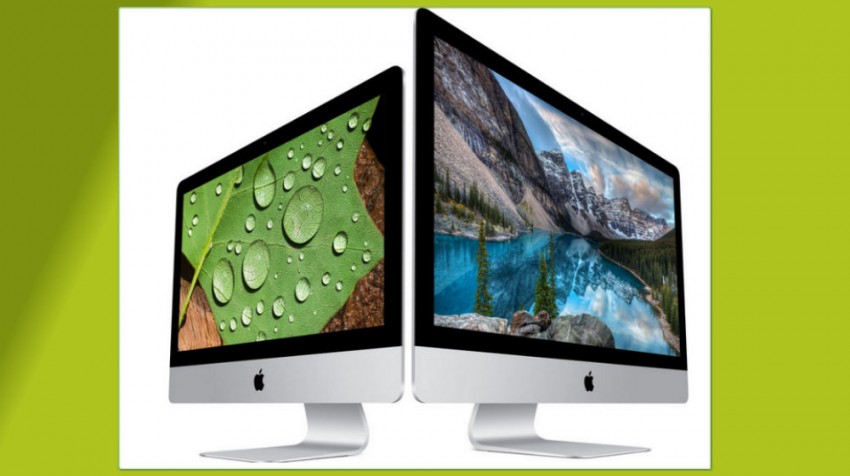 If you happen to be in the market for a desktop computer you might want to take a look at the shiny new upgrades Apple has just given to its iMac line, including 4K and 5K displays.

Apple has recently announced new processors, displays, graphics and accessories for their entire line of iMac’s. But it’s the new 4K and 5K displays that the company is really pushing, claiming sharper text, lifelike video, and new levels of detail in photos.

Here are some specifics:

Apple boasts bringing Retina 4K display to its 21.5-inch iMac for the first time ever. The new 4K display offers 4096×2304 resolution and 9.4 million pixels. According to Apple, that’s 4.5-times more pixels than a standard 21.5-inch display.

If a 4K display isn’t enough, you will be wanting the 27-inch iMac with Retina 5K display. Apple describes its 5K display as the “world’s highest resolution all-in-one display.” It offers significantly more pixels than the 4K, upgrading to 14.7 million. That’s 7-times more pixels than an HD display, according to Apple.

Apple also touts these new Retina displays deliver a wider color range, thanks to a P3-based color gamut. Basically this means more colors can be displayed, 25 percent more according to Apple. A larger color space means a more vivid display with better detail in photos and images.

All new models of 27-inch iMacs will now come with a 5K display. Unfortunately, the same is not true for the 21.5-inch iMac, which will have the 4K display.

But Apple is not just delivering more pixels, they are also looking to add more power to the iMac line with upgraded processors and graphics.

As expected, the 27-inch iMac is getting a bigger step up than its smaller family member. This model will feature sixth-generation Intel Core processors and Apple boasts the latest AMD high-performance graphics “that deliver up to 3.7 teraflops of compute power.”

All iMac models will now come standard with a pair of Thunderbolt 2 ports. Apple claims the new standard ports can deliver up to 20 Gbps data transfer speeds for external drives and high-performance peripherals.

Each new iMac will come standard with OS X El Capitan and the all new Magic Keyboard and Magic Mouse 2 wireless accessories. There is an additional Magic Trackpad 2 you can opt for instead.