19 Products and Services That Seemed Crazy at the Time 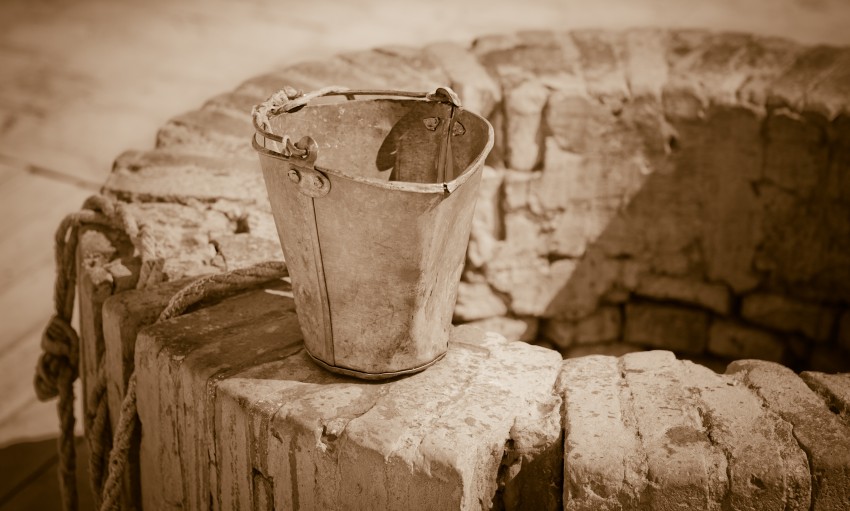 Think your business idea is crazy? Don’t be so sure.

Entrepreneurs through the years have innovated and moved society forward with ideas just like yours that seemed crazy at the time.

Sure, some crazy ideas turn out to be just that — crazy. But others have been just crazy enough to work. And they’ve changed entire industries in the process.

Below are some of those product and service ideas people thought were crazy at the time, but ended up being huge successes.

A Computer that Fits on Your Desk

Early computers were so huge they took up entire rooms and were mainly used for things like decoding military communications. So the thought that people would ever want computers in their own homes for strictly personal use was revolutionary back when microprocessors came about in the 1970s.

A group from England that played rock n’ roll a la Elvis wasn’t exactly a sure thing when the Beatles were trying to get a record contract in the beginning of their career. Today British rock groups are a common occurrence.

In 2007, shortly after Steve Jobs’ iconic keynote presentation where he unveiled the first iPhone, Microsoft’s then-CEO Steve Balmer went on the record as saying, “There’s no chance that the iPhone is going to get any significant market share. No chance.”

Shaving Goods Sent to Your Door

Signing up for a subscription service to order shave goods when you could just as easily buy those same items in stores didn’t seem like a completely necessary or great service just a few years ago. But that concept is what has made Wet Shave Club and other businesses like it successful. 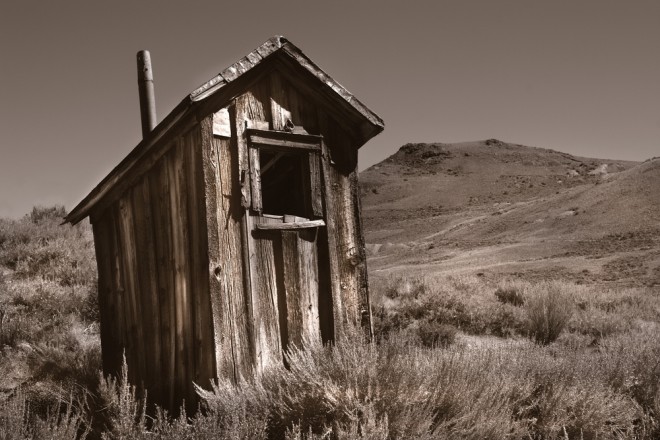 A Toilet That Flushes

Though the first evidence of flushing toilets comes from the late 1500s and in some civilizations even earlier, the idea wasn’t widely adopted until the mid-19th Century. Using water and pipes to dispose of waste from inside homes was an idea that was certainly ahead of its time.

The Ability to Buy Things and Pay Later

The concept of credit has been around for centuries in different forms. But aside from a few companies who had bestowed the gift of credit on only their most loyal or affluent customers, no one had been able to successfully maintain a revolving credit system until Bank of America launched its BankAmericard in the 1950s.

Renting Your Home to Strangers

Airbnb is still a growing business that plenty of consumers are wary of. But the company has now amassed over 40 million guests and renters. Just a few years ago, renting out a place to stay for a few nights was a business reserved traditional hotels or bed and breakfasts. Today, renting out your living space has become a cottage industry. 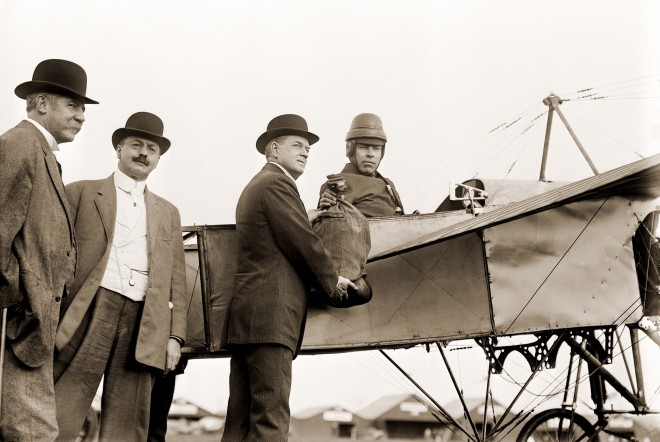 The Ability to Travel Through the Air

You’re likely already familiar with the story of the Wright Brothers and their glider flights that few thought would work. But even when companies like Boeing began offering passenger flights, few thought the concept would take off as much as it has.

A Machine That Dispenses Food and Drinks

The first vending machines in the U.S. sold packs of gum on subway platforms. And the Thomas Adams company, which owned those machines, had to add little games and moving figures to provide incentives for people to buy. Now, vending machines that serve everything from coffee to Doritos are a common occurrence and no incentive is needed to attract customers on the go.

Even just a few years ago, entrepreneurs seeking funding for their businesses had to pitch traditional investors or VCs who would often gain an interest in the business. Though there were a few companies and sites that used similar methods, Kickstarter’s advent in 2009 brought the idea, and name, of crowdfunding to the forefront. 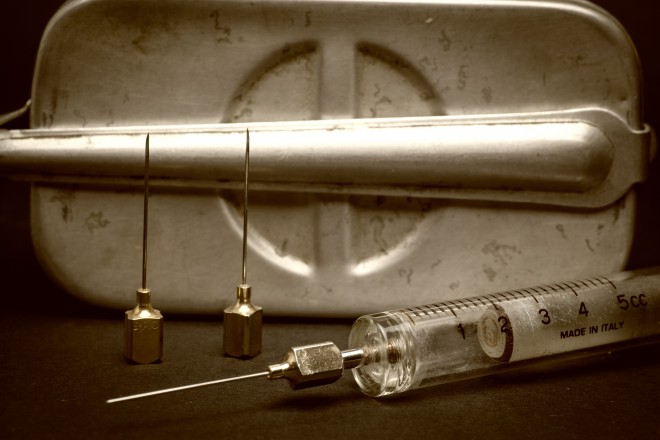 Injecting a small amount of a disease into you in the hopes that it will prevent you from catching that disease sounds like the definition of crazy. But since the first vaccinations in the early colonial days, diseases like smallpox and polio have been eradicated or all but eliminated.

Glasses were working just fine for people with less-than-perfect eyesight before modern contact lenses came along in the 1970s. Though there had been earlier models made of glass and hard plastic, plenty of people still didn’t like the idea of lenses actually going over their eyeballs. In fact, some still don’t. But that hasn’t stopped contact lenses from gaining popularity.

A Site Where Anyone Can Sell Anything

By now, you know its possible to purchase basically anything online. But that was still a revolutionary idea when eBay (originally called AuctionWeb) launched in 1995. The site didn’t really take off until January 1997, when it hosted 2 million auctions, compared with just 250,000 in all of 1996.

An Information Site that Anyone Can Edit

Online encylopedias were around well before Wikipedia launched in 2001. But the idea that anyone could add or edit entries made some people wary of the platform. And while it still might not be proper to site it in your term paper, Wikipedia has become one of the most visited online destinations, with more than 26 million total users.

There are few places in the U.S. where you don’t have access to clean drinking water. Tap water and inexpensive filtering systems made the idea of spending money on bottled water seem a bit unnecessary back in the 1970s when Perrier began marketing its bottles of regular non-carbonated, non-flavored water. But people bought it. And now bottled water is one of the most popular commercial beverages in the country. 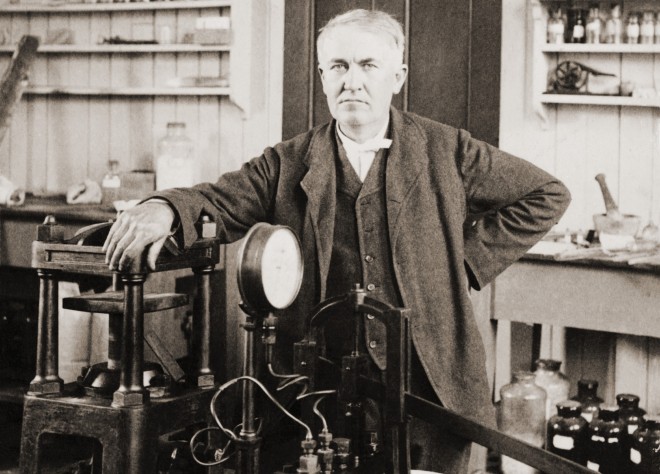 Light and Power from Electricity

Before Thomas Edison brought us the incandescent bulb, people had to use natural light, candles or gas lamps to see. The harnessing of electricity has brought about so many new inventions that people couldn’t have even imagined beforehand. But at the time he began developing his invention, no other inventor had been able to successfully perfect a practical incandescent light source powered by electricity since the development of the incandescent lamp 40 years earlier.

With the rise of computers and the Internet, ebooks were a natural progression. But the idea that readers would shop for these digital products in much the same way they do for their paper counterparts may have seemed crazy before Amazon launched its Kindle e-reader in 2007. Yet a PricewaterhouseCoopers  projection suggests the ebook market in the U.S. alone may grow to $8.69 billion by 2018.

For those who grew up sending physical mail, the idea of sending written communication electronically within in instant was radical. But from the first networked email in 1971, the concept has evolved to the point where old fashioned “snail mail” is now the exception.

The Ability to Search for Anything Online

From the very early days of the Internet, companies have tried to make it as easy as possible for people to find whatever they’re looking for quickly. While Google may have seemed like just another Internet indexing system at the time, its founders discovered a way to rank pages based on things like links and authority. As a result, Google has become synonymous with the modern search engine.  Today, it is the common starting point for any online query.

No matter how crazy your business idea may seem now, take heart. There have been plenty of so-called crazy ideas that have gone on to change the world. What matters is proper execution and being able to find the customers who believe in your product or service too.