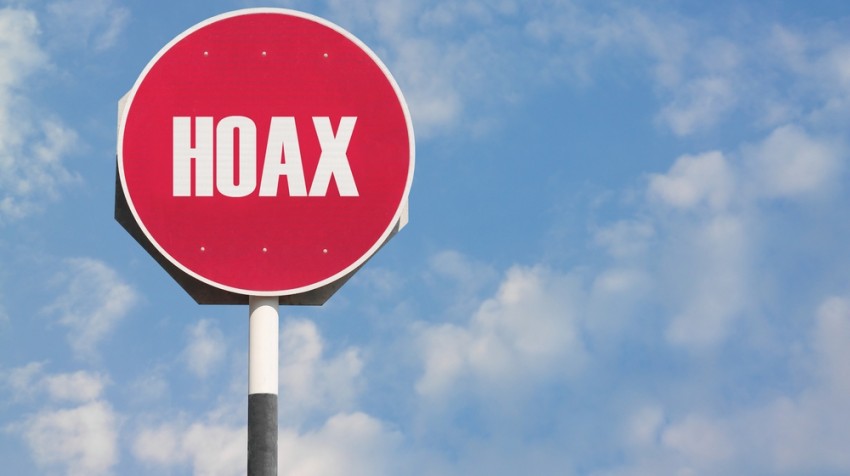 The Internet has recently been abuzz with news of an app that lets people rate other people.

Peeple, an app said to be created by best friends Julia Condray and Nicole McCullough, came under fire after it emerged that, when the app is said to be launched sometime in November, it will allow users to rate anyone they know – without their consent.

But could it all be part of an elaborate hoax?

If Internet sleuths and Snopes.com, a website well-known for debunking marketing hoaxes are to be believed, it would certainly appear so.

To give credence to its hoax theory, Snopes has raised some valid points. To begin with, the soon-to-be-released app has almost no virtual traces before it was announced recently. It’s also quite difficult to build an app like Peeple within a span of just 90 days.

On top of that, a screenshot of Peeple’s earlier Twitter page said it was born on April 1, which adds fuel to the speculation of it being a prank since that’s April Fools Day.

Hm. April 1st. The optimist in me hopes this #Peeple thing is just an elaborate Black Mirror-esque prank. pic.twitter.com/YFSoDb0ZyP

If the Peeple hoax theory turns out to be true, this won’t be the first time a marketing stunt went viral. Below are some famous viral marketing hoax campaigns.

In February this year, a Dumb Starbucks outlet was opened in Los Angeles. Predictably, the news caught on like wild fire and curious netizens got behind their computers to order Dumb Cappuccinos and buy Dumb Norah Jones CDs. As it turns out, the whole thing was part of a Comedy Central show hosted by Nathan Fielder.

Social Network for the Drunk

Last year, a breathalyzer-unlocked iPhone app and “global network of similarly buzzed people” named Livr grabbed eyeballs on various tech forums with its well-designed website and a promo video. Skeptics, however, were not convinced as breathalyzers are quite expensive. As more doubts were raised about the authenticity of the app, its founders admitted it was a performance piece to examine the absurdity of tech culture.

Gestations, the self-proclaimed “New York City’s first bar for pregnant women” enraged netizens when its pictures started surfacing on Twitter. Soon it was found that the bar was just an advertising gimmick to gain some publicity for an app called Bartendr.

Ever since they made an appearance in “Back to the Future II” hoverboards have captured the imagination of an entire generation. That’s why when Huvrtech.com released some videos and claimed the “HUVr Board” will become a reality soon, people were hooked. Unfortunately, Funny or Die later owned up to the hoax, saying, “Sadly, we were lying.”

Ellen DeGeneres famously took a selfie with some of the biggest Hollywood stars at last year’s Oscar Awards. Naturally, Twitter went berserk and it became the most retweeted selfie ever. But what looked like an impromptu click at first began raising some suspicion.

It wasn’t long before it was revealed that Samsung spent an estimated $2o million on the show and planned on having Ellen take a selfie with Meryl Streep. Ellen, on her part, upped the game and brought us the most talked about selfie ever.

See Also: The Importance of Data in Influencer Marketing Campaigns