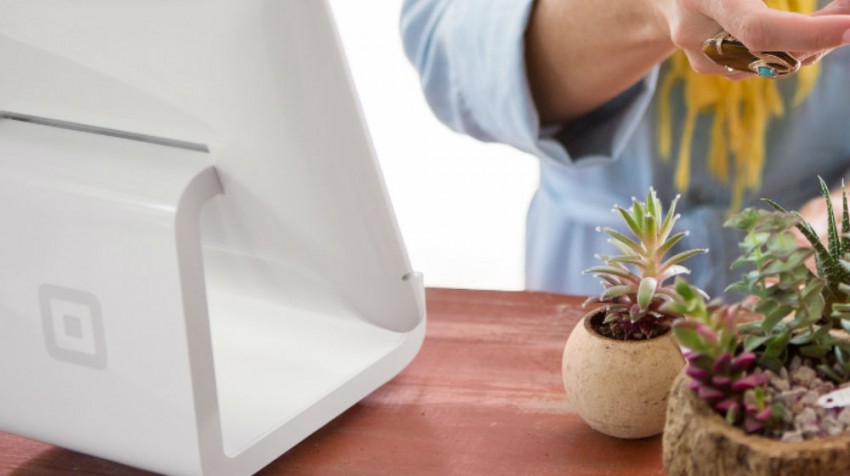 Online payment processor Square made news by announcing its IPO. And another big name in the payments market, First Data, went public.

These headlines and more are included in the Small Business Trends News and Information Roundup. Read on for the full list.

Square, the online payment processor created by Twitter co-founder Jack Dorsey, has filed for its Initial Public Offering. The company also revealed its financial numbers in its recent S1 filing. For the first half of this year, revenue was $560.6 million, on top of a $77.6 million loss. Revenue for 2014 was $850.2 million, up from 2013’s $552.

Payment processor First Data has set its stock price at $16 per share as it begins an Initial Public Offering. That’s lower than preliminary projections. First Data initially reported plans to price its stock from $18 to $20 per share. First Data’s Class A common stock is trading on the New York Stock Exchange under the symbol FDC. The offering is expected to close on Tuesday, Oct.

Working Families Agenda: Help for Employees or Threat to Business

After months of lobbying, the U.S. Congress passed legislation designed to protect a very specific group of small to mid-sized businesses. The new law, a modification of the Affordable Care Act, is intended to prevent some businesses with 51 to 100 employees from increases in health insurance premiums.

A recent survey reveals that, among franchise brands, mobile marketing strategies are significantly less popular than other digital marketing efforts. In fact, the survey found that, despite some efforts to integrate mobile marketing, only 6 percent of franchises intended to prioritize mobile in their marketing spend this year.

We’ve all bought things online at some point but selling them can often be a hassle. While on leave during a pregnancy in 2012, VarageSale founder Tami Zuckerman noticed there was no existing family-friendly solution to buying and selling items online.

When Santosh Patil and Shantala Bhat’s son took up competitive swimming, they had no idea that it would lead to a business opportunity. But their son’s swimming led them to connect with Paralympian Sharath Gayakwad and Margaret John Christopher, wife of swimming coach John Christopher. The four of them began discussing the needs of athletes, particularly swimmers.

What is Windows Server Essentials and How Do You Use it for Your Business?

Now Your Printer Can Order Its Own Ink – Thanks to Amazon

If your printer is getting low on ink, Amazon wants to know. Actually, it already could know and have a new supply at your door before you even realize the ink was low. The company says its new Dash Replenishment Service (DRS) can detect low supplies in your office of smart, connected devices — including your printer — and take care of the reorder and shipping.

Are There Other Ways to Use Drones?

Drones may have a big impact on the future of your business. And not just because they can deliver products in short amounts of time. Some enterprising entrepreneurs are already thinking of clever new uses for the technology. Before just jumping on the drone bandwagon, there are some important considerations. The FAA has some strict regulations about unmanned aerial systems (UAS).

With more than 2 million groups active on LinkedIn, it’s one of the more successful features on the social site. But recent participation levels are not what they used to be, and as users find ways to manipulate the site for marketing and monetizing opportunities, the company has announced it is going to overhaul LinkedIn Groups.

Focusing on your core business can be a key challenge for any small business owner or entrepreneur. When the entrepreneur in question founds a company that develops into a modern-day business icon, retaining a dedicated, granular focus is increasingly important — and challenging. This is certainly the case when it comes to Twitter co-founder Jack Dorsey.

Pinterest is expanding its “Buyable Pins” platform in a big way. Michael Yamartino, Pinterest product manager, says in an article that Buyable Pins can now be integrated into eCommerce platforms such as eBay-owned Magento, IBM Commerce, and Bigcommerce.

With more than a billion people, Africa is a land of vast, untapped business opportunities for Facebook. And to seize the immense potential that this emerging market presents, the social media giant is going all out to woo users.

Small businesses have to scrutinize their advertising spend more than large enterprises to ensure their campaign reaches the target audience. And they usually rely on blanket advertising in a particular location and hope for the best. But that is no longer the case, thanks to digital technology and services like Bing Ads Bid Boosting.

Apple has removed an app from its iTunes App store that would have blocked native ads in iOS9. The app, with the odd name Been Choice, also offered rewards to users willing to share data on their preferences with the app. The fate of the Been Choice app, which has only been offered for download on Apple’s store, is now uncertain.

This fall, YouTube videos that highlight a product — such as product reviews or how-to tutorials — will begin to feature new Shopping ads. The new ads  allow viewers to click to read more about the product and even purchase it right on YouTube.

AT&T has rolled out WiFi calling for some of its iOS9 plans that include the HD voice feature. The company also notes that the feature works on several iPhone models (as long as iOS9 is installed as well). Models that can use the WiFi feature are the iPhone 6s, iPhone 6s Plus, iPhone 6 and iPhone 6 Plus.

Transfer Your Business Data — In an Amazon “Snowball”

The migration to the cloud by businesses is moving full speed ahead, but transferring their data is proving a bit labor intensive at times. This is especially the case for companies that have large amounts of information stored in their legacy systems on premises.

Amazon Web Services Hits $7.3 Billion, Aims To Be “Go To” for Cloud

With reports of $7.3 billion in revenue, it seems Amazon Web Services is aiming to be the “go to” in cloud services for businesses both large and small. “Cloud has become the new normal,” said Andy Jassy, Senior Vice President of Amazon Web Services (AWS) at the company’s recently wrapped up re:Invent conference.

After the registration of hundreds of thousands of domain names and the creation of tens of thousands of websites, Google is adding new features to its Google Domains service. The three improvements are custom emails, more domain names and the ability to transfer ownership of your domain. The company says the new services are being added based on feedback from its users.

When Verizon bought AOL earlier this year, the two companies said they teamed up to pursue a joint vision of building the most significant media platform in the world. What they didn’t mention was that they were going to be sharing customers’ personal data.

New Upgrades to iMac Include 4K and 5K Display

If you happen to be in the market for a desktop computer you might want to take a look at the shiny new upgrades Apple has just given to its iMac line, including 4K and 5K displays. Apple has recently announced new processors, displays, graphics and accessories for their entire line of iMacs.