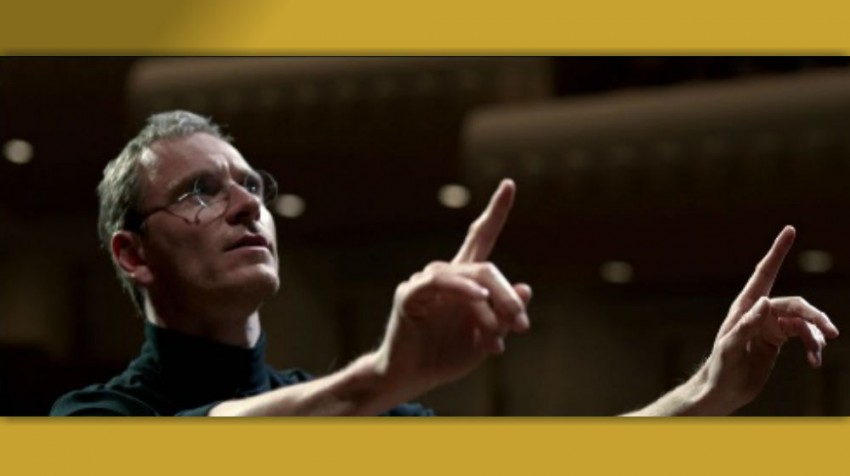 “Steve Jobs,” the movie about the late entrepreneur behind Apple, bombed at the box office in its first weekend of release. And critics’ reviews have been mixed. But the movie may be best remembered for its interesting take on what it means to be an entrepreneur.

In fact on fairly strong supporter of the film is Jobs’ former Apple partner Steve Wozniak. As it turns out, Wozniak was one of the few people who actually enjoyed the film, saying that although fictional, it captured Jobs’ personality quite well. But it’s also worth noting that he was a paid consultant for the movie.

However, other friends and colleagues of Jobs have criticized the movie for taking too many artistic liberties. Jobs’ widow has been very vocal about her dislike for the film and even reportedly tried to halt its production. Even current Apple CEO, Tim Cook, has made comments about the “opportunistic” nature of the movie and others like it.

The “Steve Jobs” movie, which was written by Aaron Sorkin, centers mainly around the lead up to three major Apple events.

However, it’s not just about the entrepreneurial aspect of Jobs’ life. Overall, it doesn’t paint Jobs in a very favorable light. Rather, it focuses on some of the worst aspects of his character without paying as much attention to the brilliance and drive that led him and Apple to be so successful.

Sorkin has stated that the film is fictional and not meant to be a biopic. But given that it’s based on a real person and shows some actual events that took place, some people are bound to look at it that way.

Still, the movie is not completely anti-Jobs. There is, at the very least, one scene where Jobs speaks to Wozniak about entrepreneurship. In it, he compares entrepreneurs to orchestra conductors. You can view the scene in its entirety below:

“What do you do?” Wozniak (Seth Rogen) asks.

Jobs (Michael Fassbender) responds: “I play the orchestra. And you’re a good musician. You sit right there. You’re the best in your row.”

It doesn’t exactly depict a friendly conversation. In it, Wozniak accuses Jobs of being condescending toward him, even though he was an integral part of building Apple. But could Jobs have a point about his role at Apple? And about entrepreneurs in general, for that matter?

It’s a unique way of looking at entrepreneurship. As Wozniak notes in the scene, Jobs wasn’t an engineer, designer or coder. He wasn’t responsible for much of the actual building of Apple’s early innovative devices.

But as most entrepreneurs know, there’s so much more that goes into building a successful business than just constructing a product that works. You have to find a market for that product, build a team around it, make people want to associate with your brand, and much more.

You have to direct the members of your team to build, market and support the vision that you have for your company.

As an entrepreneur, you need to be the conductor of your business — the one who makes sure that all the different facets work together harmoniously. That’s what Steve Jobs was for Apple. At least according to his character in the “Steve Jobs” movie. And that’s what many other great entrepreneurs have been for their businesses, whether they’ve really looked at it that way or not.

Do you agree that great entrepreneurs are like orchestra conductors?