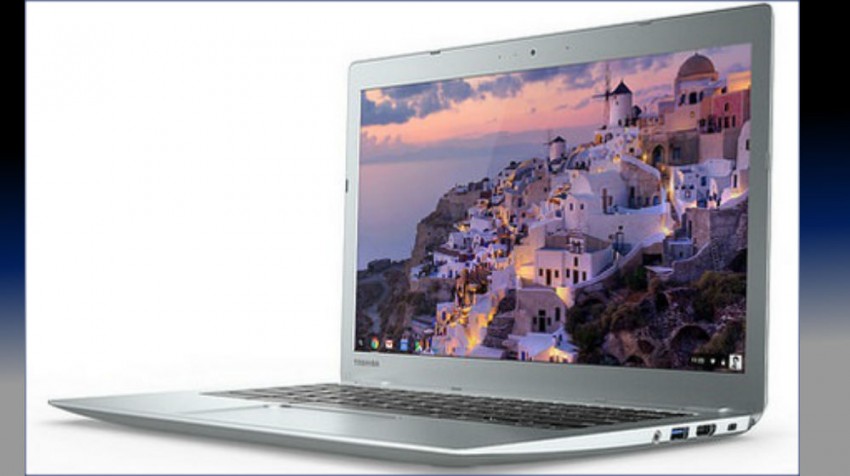 Chromebooks are designed to work out of the box without adding anything else. This has proven to be a very successful delivery model in different segments, but especially in education, where it has seen the highest adoption rates.

As a company that makes one of the better Chromebooks, Toshiba has launched the second iteration of its Chromebook 2. When it becomes available in October, the new version will have two types of Intel Processors and a backlit keyboard.

Toshiba pretty much left everything else intact and addressed the one complaint customers had about the device, more power.

“With the launch of our latest Chromebook 2 models, Toshiba delivers brilliant performance for an outstanding experience on and off the Web with entertainment-inspired hardware features that make the most of Chrome OS and enable customers to get things done faster wherever their Chromebook 2 takes them.”

The previous Chromebook 2 had the older Intel Celeron Processor, which was at the crux of the problem for the company, and the complaints it was receiving.

The new device will have two models, one with a 5th generation Core i3 and the other one with the latest Celeron processor. With these upgrades, the company said users can expect better performance overall.

In addition to the more powerful processor, a backlit keyboard makes its way to a low-cost computing device. This feature is usually available in high-end laptops, including the pricey Pixel Chromebook from Google.

A partnership with Skullcandy resulted in two front-facing stereo speakers becoming part of the new Chromebook 2, which should be a great improvement from the previous model. An on-board dual array microphones and a Web camera capable of recording in HD format will make your video chats livelier.

The connectivity features include 802.11ac Wi-Fi and Bluetooth V4.0, along with a large number of ports for a device this small, which include, a USB 3.0 port, a USB 2.0 port, HDMI port, SD Card slot, and a security cable lock slot.

The specs that have remained the same include a 13.3-inch Full HD display, a 12-inch body, 8.5 hours of battery life, 100GB of Google Drive storage, 90-day unlimited music streaming on Google Play and 12 in-air passes for Gogo Internet.

The company hasn’t announced the storage size for the two Chromebooks, but most of these devices come with 16GB and 32GB, relying mostly on cloud and external SD storage by its users.

See Also: Acer Chromebook 15 to be Introduced as Largest Yet