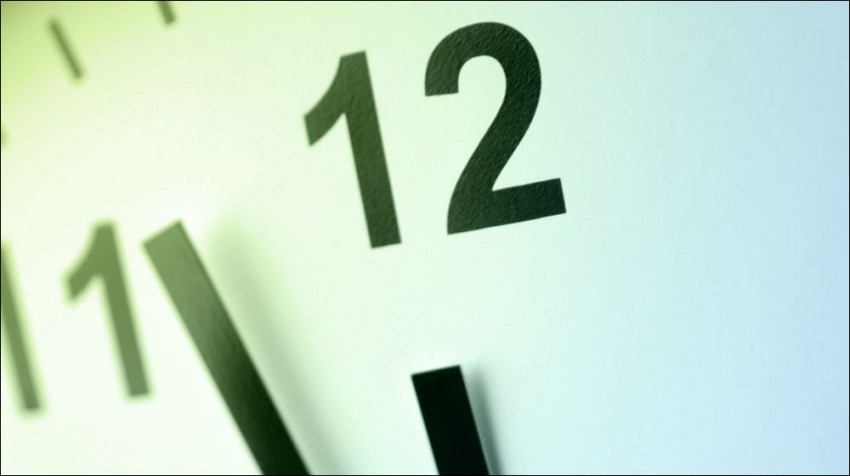 When working with an outside company, there are only so many factors you can control. But based on their behavior, you should know when it’s time to back out.

That’s why we asked 12 entrepreneurs from Young Entrepreneur Council (YEC) the following question:

“What is one warning sign that a deal with a partner or vendor is not going to pan out?”

1. There Are Long Wait Times Between Communications

“I find that when a partner or vendor takes a long time to respond to our calls or emails, it’s not going to work out. I want to work with companies who are eager to work together, and a lack of responsiveness tells me that they are either too busy to work together or they don’t have their act together, and I will constantly be frustrated/underwhelmed by them and their performance.” ~ Diana Goodwin, AquaMobile Swim School

“It’s easy to overlook something so small as what your instincts tell you. But if you look back at many of the past deals that didn’t pan out, I’d venture to guess that if you really thought about it, your gut was telling you it was heading in this direction. It’s not everyone’s style, but listening to your instincts is a powerful tool in navigating decisions.” ~ Darrah Brustein, Network Under 40 / Finance Whiz Kids

3. You Get Inconsistent Information

“When a story or terms change after the first communication, it’s a strong signal that you should walk away and not waste more time pursuing the relationship. Forget a three-strikes policy. With me, it’s one strike and you’re out. There are plenty of potential partners and vendors. Don’t waste your time with ones who aren’t 100 percent honest and upfront from the beginning.” ~ Jonathan Long, Market Domination Media

“When performance is lacking, they are quick to blame everyone else and take no personal responsibility. It’s next to impossible to change people and should be a major red flag if they can’t take responsibility for their own actions. This usually shows up relatively quickly in the relationship and needs to be handled immediately. Consider replacing rather than trying to change behavior.” ~ Drew Gurley, Redbird Advisors

5. They Squabble Over Minor Details

“The easiest way to predict a failed partnership is by the interest and trust emanating from the person representing the other business. When they don’t trust you, and insist on detailed explanations, nitpick contract details, or make a large number of small changes to a fairly simple agreement, you know your partnership is in trouble.” ~ Joshua Dorkin, BiggerPockets

6. No One Talks About Money

“The most successful partnerships and vendor relationships have a well-thought-out, executable way to impact the bottom line. Often these conversations will circle around product ideas or general concepts, but once it comes down to the dollars and cents, things don’t work out. Having the money conversation early on quickly weeds out bad opportunities.” ~ Ivan Matkovic, Spendgo

7. They Bait and Switch

“You have had a great conversation and feel things are going well. You ask to have the other person write everything that was agreed upon and send it to you for further mutual discussion. When this person sends you over the written details of the conversation, it looks nothing like what was agreed on. This means one of two things: a bad listener, or untrustworthy person. Neither are good options.” ~Jay Johnson, Small Lot Wine

“Especially early on, if a vendor or partner goes dark for more then a few days, that’s a huge red flag. It indicates a lack of importance and priority towards the relationship.” ~ George Morris, Imulus

9. They Don’t Have Any Questions or Concerns

“When quality business leaders look at a deal and like what they see, they pull out a microscope and look for blind-spots that may negatively impact their business. Sometimes they mull it over and follow up with questions later, but such due diligence is expected of anyone worthy of partnering with. The only type of deal that doesn’t raise questions or concerns is the kind that won’t happen.” ~Manpreet Singh, TalkLocal

“Depending on what type of company or individual we may be working out a deal with, there will often be mutual non-disclosure/non-circumvention provisions. They’re mutual, and hold my company to the same expectation. So if a potential partner starts arguing the term of NDNCA down to less than 24 months, I get concerned that their heart isn‘t in the right place.” ~ Nicholas Nadjarian, Industrial Motor Power Corp.

11. You Have Conflicting Values

“One of the biggest indicators of a successful deal, that most people don’t know about, is value alignment. The first discussions that ultimately decide if both parties will make the deal cover the financials, plan and strategy, but the real sign of a good deal is the values that they hold. These values determine the way they work and, in turn, their compatibility to work with your business.” ~ David Tomas, Cyberclick

12. They Propose Problems Without Solutions

“We hire vendors when we don’t have the in-house knowledge to tackle the situation. When vetting contractors, for example, someone who is trying to impress by pointing out all the problems we may not of thought of — with no solution in mind — is a bad sign. That scares clients like myself. Someone who has the “I can do this” confidence that comes with experience will get it done most effectively.” ~ Michael Portman, Birds Barbershop