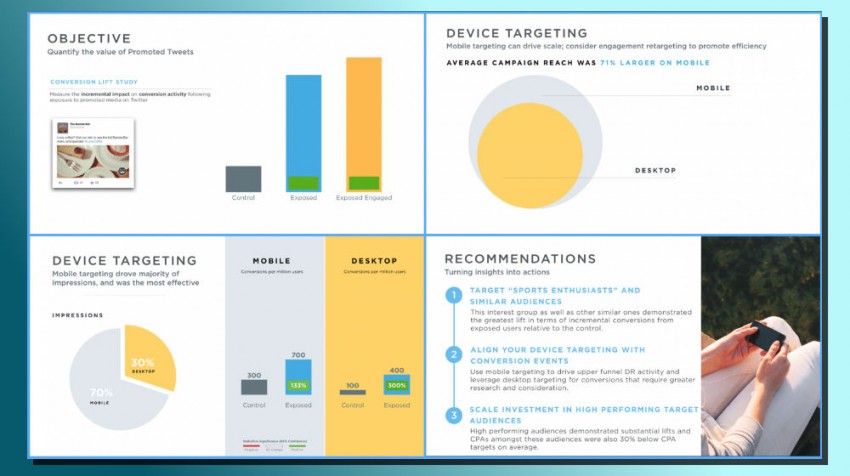 Twitter conversion lift reports were recently introduced to help the site’s advertisers to better understand the impact of their Twitter Ads campaigns.

The social media company says on its blog:

“Understanding the incremental contribution of the clicks and views on your ad campaign is critical — particularly when you’re running mobile or cross-device campaigns. Last-click attribution is an inaccurate reflection of what’s driving results, because the average customer switches between multiple devices, platforms, and sites before making a purchase.

Once you have a campaign slated, tell your Twitter account manager that you want the conversion lift report.

In crafting the report, Twitter cleaves your target audience into two groups: the test group, which sees your ads, and the control group, which  doesn’t. Twitter calculates incremental conversion lift by comparing conversions across both groups. The Twitter conversion lift report includes a campaign’s results and also makes  recommendations for future ads.