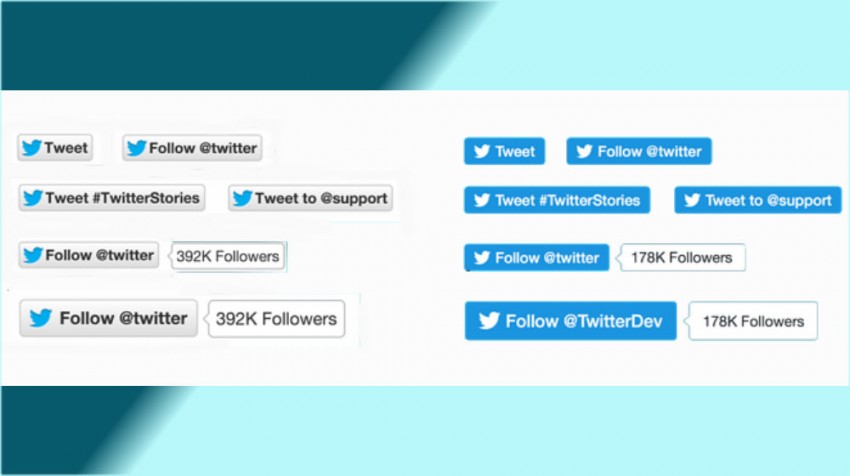 Changes are coming to the way you see Twitter every day.

The post also added that, for the first time since 2011, the company was going to update its Tweet and Follow buttons. The 3D effect, blue Twitter bird and black text will be replaced by a simple 2D white-over-blue version.

This update is the latest addition to a slew of recent changes to Twitter. Some of the significant ones include losing the 140 character limit on direct messages, the launch of desktop notifications for direct messages, and the removal of the homepage wallpaper.

What prompted these changes?

Many believe the company is facing an acute leadership crisis after its Senior Engineering Director moved to Uber and its relentless search for a CEO failed to net results.

To make matters worse, it has been slapped by a lawsuit that alleges the company snoops on direct messages.

In the meantime, competitors have stepped up their game to seize new opportunities. A recent example is Instagram surpassing Twitter to become the second most popular social network.

It would seem that Twitter is introducing these changes to regain its popularity and become more user-friendly.

What do the Changes Mean for Your Business?

For the small website owners, there are essentially two options: use Twitter’s REST API or work with Gnip to gather full-archive search counts.

At a time when social networking sites are going all out to woo users and businesses, it will be exciting to see the response these new changes receive when Twitter launches them next month.

Interestingly, Twitter is planning to continue reinventing itself to regain momentum. The latest buzz is the company is experimenting with a new way to poll users on Twitter.

Shubhomita Bose is a Staff Writer for Small Business Trends. She covers key studies and surveys about the small business market, along with general small business news. She draws on 8 years of experience in copywriting, marketing and communications, having worked extensively on creating content for small and medium sized enterprises.
6 Reactions
Subscribe
Follow @smallbiztrends
RSS LinkedIn Pinterest iTunes