Are There Other Ways to Use Drones? 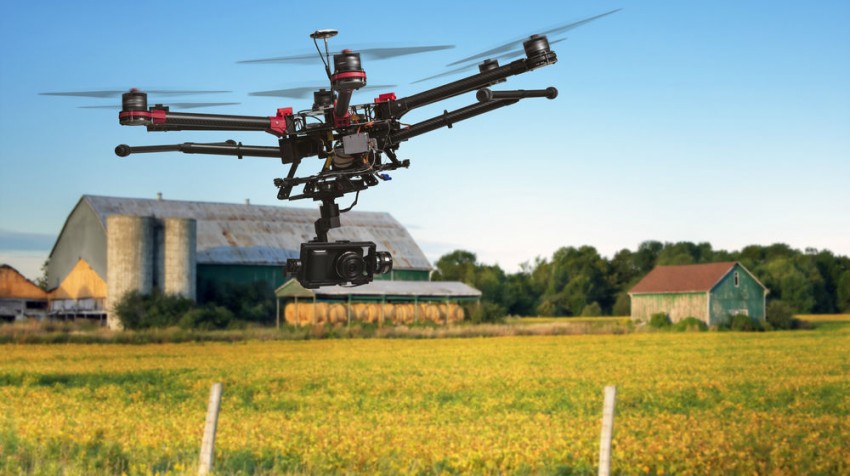 Drones may have a big impact on the future of your business. And not just because they can deliver products in short amounts of time. Some enterprising entrepreneurs are already thinking of clever new uses for the technology.

Before just jumping on the drone bandwagon, there are some important considerations. The FAA has some strict regulations about unmanned aerial systems (UAS). Any business looking to use UAS has to apply for an airworthiness certification or exemption. Businesses with exemptions can then fly UAS under 55 lbs. in the daylight no higher than 200 feet.

The rules for drones, which also apply to model airplanes and other UAS, were just updated earlier this year. And it’s likely that more change is necessary for any kind of widespread adoption among businesses.

In fact, any business caught in violation of these rules could face heavy penalties. The FAA just handed out a record $1.9 million fine to SkyPan, a Chicago based aerial video company, for violating flying regulations for UAS in Chicago and New York.

But for now, there are some early adopters that are using drones in creative new ways. For some examples of ways to use drones, here’s how other businesses are already using drone technology effectively.

For photographers, filmmakers, and anyone who needs to take photos for their business, those tricky overhead shots can require extra equipment or even present safety hazards. One of the ways to use drones is to direct a small drone to take photos or video footage from overhead or other areas that would be difficult for a human to access.

Andrew Liebenguth uses a drone to take photos for his local news website, TamaquaArea.com. While he doesn’t run the website as a business, the purchase allows for more quality photos and video content of local events and other newsworthy items.

GoPro is another company that’s getting into drone photography. The company is currently working on a GoPro drone that will likely shoot video and take photos in flight, though the company hasn’t released specifics just yet.

Keeping an eye on all areas of a large construction site can be tricky, if not impossible. So another one of the ways to use drones is for surveying. Drones can provide an easy and safe method for surveying job sites. This would allow for construction site managers to ensure safety of certain areas before sending workers there. And drones can also provide aerial views to monitor progress or even to show clients a finished product.

Some construction companies are already employing this type of technology on job sites. Richard Evans of SpawGlass is one such professional. He custom built several UAS with cameras to monitor his company’s job sites and thinks the technology has the potential to make a big impact on the construction industry.

Monitoring large crop fields presents a challenge similar to that of construction sites. There might not be tall, potentially dangerous structures involved. But there’s still a lot of land that would take a lot of time to cover on foot.

So drones have the potential to make that job a lot easier. They can help farmers keep an eye on their fields, identify problem areas that require attention, and even spray and treat crops from above.

Special permits for UAS use have been issued to just a handful of agriculture operators so far, according to the Boston Globe. But there are already companies selling UAS specifically for agricultural purposes.

Large parks and wildlife reserves in some parts of the world have a big problem with poachers. It’s not easy for actual humans to monitor such large pieces of land, let alone actually catch any poachers before alerting them of their presence. Drones can potentially gather information in a more inconspicuous manner.

Another one of the ways to use drones is for storm chasing. Tracking major storms like tornadoes and hurricanes can be a dangerous job for a human. But drones have the potential to track storm patterns and gather data with much less risk.

The National Oceanic and Atmospheric Administration has already started using cheap, expendable UAS to track high-impact weather events. That way the inevitable equipment loss won’t represent too big a risk. And, in the case of business applications, some TV stations and weather centers have employed the technology within federal regulations as well.