What Are Twitter Cards and How Do I Use Them? 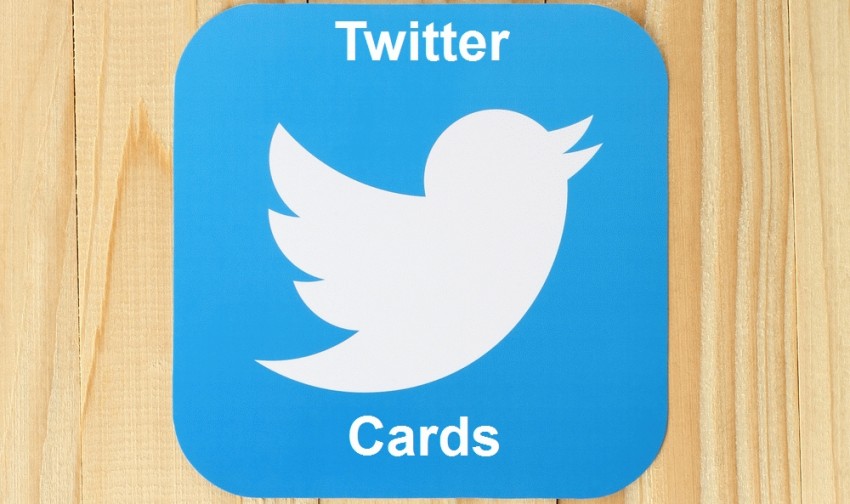 One of the biggest shortcomings of Twitter has always been its 140 character per tweet limit. Nonetheless, creative small business marketers have been using the social media platform successfully for years.

Twitter’s latest take on the traditional tweet, Twitter Cards, have opened a whole new world of possibilities. So set sail with us as we answer the question “What are Twitter Cards and how do I use them?

Simply put, Twitter Cards are tweets on steroids. In addition to your 140-character message, you can include images, videos, audio, and download links.

Twitter Cards are more attention grabbing than plain text tweets and that’s a huge plus in the over saturated social media world. Here’s an overview of the four types of Twitter Cards currently available:

Note: There used to be a few more types but Twitter consolidated three into one. 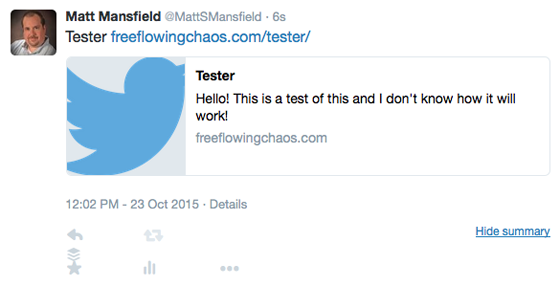 As indicated by its name, the main feature of a summary card with large image is the image. The image is linked to your content and great images will pull in lots of traffic. Again, the original Tweet is shown above the card: 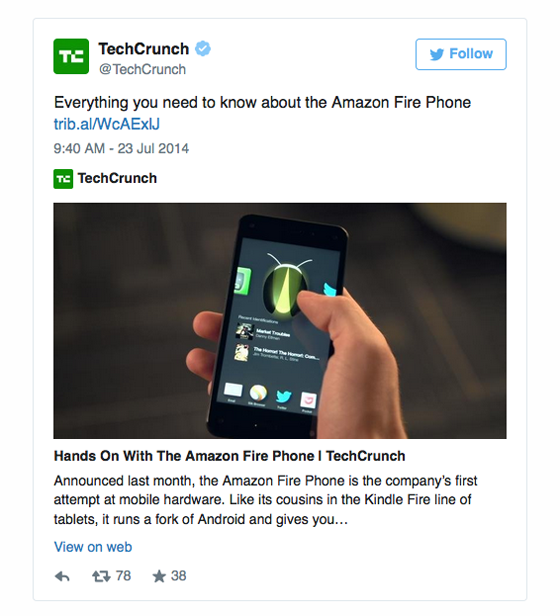 Player cards enable you to deliver video and audio from within a tweet. Now that’s handy (and super-engaging)! Here’s an example of a player card with a video: 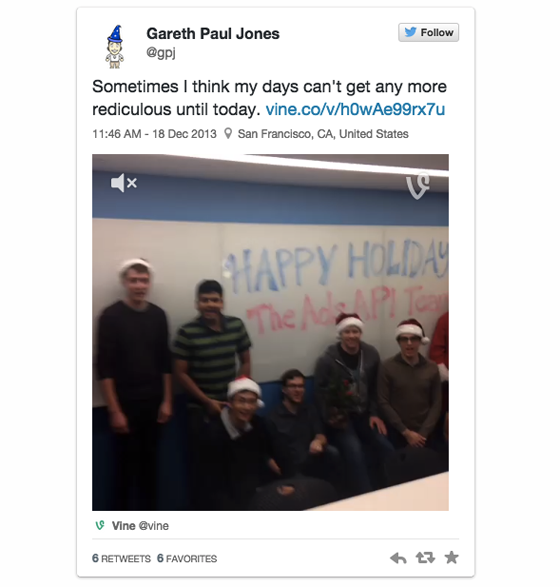 This final type of card is the app card that, as you might guess from the name, is aimed at mobile app vendors. If you find the thought of a tweet that enables your followers to download your app directly from Twitter exciting, then this card’s for you: 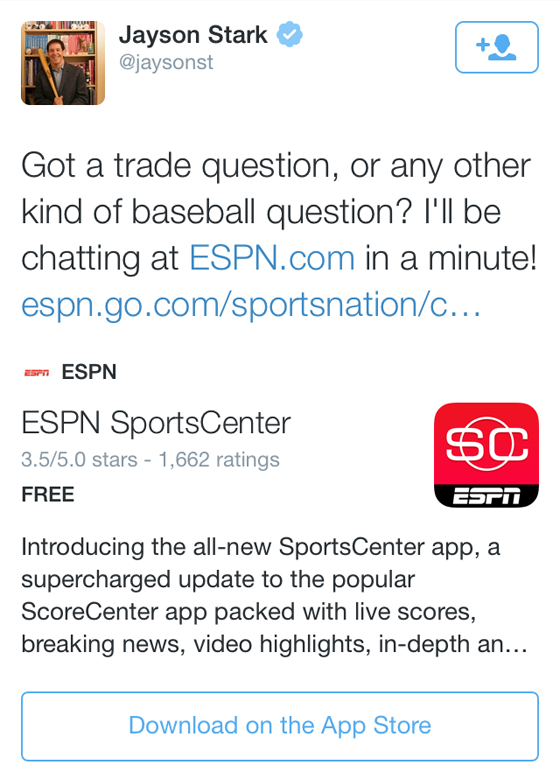 There are two challenges to overcome when using Twitter Cards.

The first challenge is the fact that they’re not super-easy to set up. Don’t get us wrong – once you have everything in place, using Twitter Cards is easy however, it’s getting everything into place that can be challenging.

If you’re tech savvy, Twitter provides some useful documentation that will help you get started using their Cards. Again, we recommend going this route only if you feel comfortable with technology, though even those with lower tech skills will benefit from this handy overview.

For the less tech-savvy, the best way to implement Twitter Cards is via plugins and extensions. For example, if your website was built using WordPress, you can use the Jetpack or JM Twitter Cards plugins to start using Twitter Cards.

Be warned: using plugins makes it easier to implement Twitter Cards but not necessarily easy. One bonus are the how-to docs Twitter has published to help you get up and running using plugins and extensions.

The second challenge is the fact that, unless you pin the tweet to the top of your Twitter stream, the card is not shown automatically.

The following two images demonstrate this. The first shows a tweet with a summary Twitter Card as it is first displayed while the second shows the same tweet after the “View Summary” link was clicked:

So, the trick is to get folks to click the “View Summary” link, which can be done in many clever and fun ways. For example, you can tweet, “Click the Show Summary link to see the prize you can win in our giveaway” or probably something much more clever than that. 🙂

For more details on how to display your Twitter Cards from the get-go, check out these tips from Twitter.

In addition to the challenges above, there’s one more hurdle jump before you can use Twitter Cards: validation.

According to the steps at the bottom of this page, you need to, “Run your URL against the validator tool to test. If you are working with a Player Card, request approval for whitelisting. All other Cards do not need whitelisting.”

Here’s an example of a summary card validation: 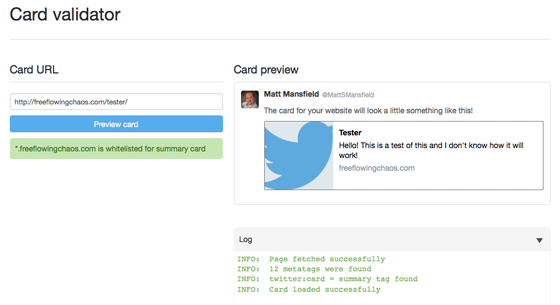 As you can see in the green field on the left, our domain was whitelisted for summary cards. Yay!

Validation can be a pain if you made a misstep during your Twitter Card setup. Click here to view some handy troubleshooting tips to help get you past validation.

As was mentioned above, player cards have more rules so validating them can be more challenging. Click here to discover the ins and outs of this tricky yet powerful type of Twitter Card.

If you can overcome the technical and functional challenges listed above, Twitter Cards can add a lot of value to your social media efforts.

That’s because Twitter Cards are both attractive and engaging, two factors that will boost the traffic you drive from Twitter to your content where your marketing messages and offers await.

Matt Mansfield is the Tech Editor and SEO Manager at Small Business Trends where he is responsible for directing and writing many of the site’s product reviews, technology how-to’s, and lists of small business resources as well as increasing the reach of our content.
4 Reactions
Subscribe
Follow @smallbiztrends
RSS LinkedIn Pinterest iTunes