Andy MacMillan of Act-On: Marketing Automation Adoption is at its Tipping Point

Because of the unrelenting amount of content being created, and the constantly shrinking attention spans customers have, marketing automation tools are more popular than ever.  But even with that being the case, it’s estimated that as few as 7 percent of U.S.-based companies are using marketing automation software.

Andy MacMillan, CEO of marketing automation service Act-On Software, discusses why adoption rates are so low today, why he feels adoption rates are on the cusp of exploding, and the role MA is playing in sales and customer retention. 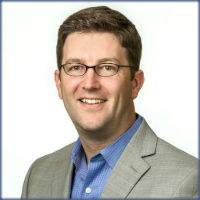 Small Business Trends: So before we jump in the art conversation, maybe you can give us a little bit of your personal background.

Andy MacMillan: I was a coder early in my career, a Java developer. Worked my way into product management and ran a middle-ware product line at Oracle for several years. And then spent the last four years at Salesforce, where I was running the data.com business, which is really about helping people get better data, better insights into their CRM. And we worked with a lot of marketing automation vendors as part of data.com, so I certainly know the space well.

Andy MacMillan: I think it’s surprising based on where we are from a technology standpoint. But at the same time, I think it’s a typical evolution of technology. I think it is a product that has historically had a lot of bells and whistles and a lot of power to it. But it’s been somewhat daunting for your average marketer, your average company, especially if you’re at a smaller company — to take advantage of. But what happens over time is, what was once powerful and complicated becomes powerful and simpler and easier to use.

You think of Jeffrey Moore’s Crossing the Chasm model, and then there’s this moment where you move from the early adopters to the mass majority. And typically what causes that crossing of the chasm is the technology becoming not simpler in terms of its power, but simpler in terms of its ability to consume it and its ability to be used. And that’s really what we’re just starting to see happening in marketing automation.

Small Business Trends: What are the top few things that marketing automation does that is probably the most impactful on a business today.

And what we’re seeing now is people realizing that you can still have a very personalized, a very engaging experience, but in an automated way. You can use data and rule sets to make sure that every one of your customers, every one of your prospects, feels that you’re dealing with them in a very individualized, one-to-one manner. You can do that in an automated fashion, and that’s where you really get that scale of interaction. And that’s where people start to feel engaged with a brand — when the brand is communicating with them on a personalized basis, but in a regular way.

Small Business Trends: Now let’s talk about the folks who are actually using marketing automation tools like Act-On today. Are they using it to cover the basic, the meat and potatoes? Or are you seeing more folks starting to use some of the more advanced and complex pieces that allow them to do some of the more sophisticated things?

Andy MacMillan: I think what we see is people at two ends of the spectrum and not enough in the middle. If you go look at a majority of marketing automation deployment broadly in the market, you’re going to find a small number of people at the high end. It’s almost like the 1 percenters in politics. There’s a small amount of people that have hired that top-tier talent that have very specialized tools that are doing very sophisticated things. And then you’re going to see a lot of people at the other end of the spectrum where they’ve bought a powerful tool, but they’re not able to really consume a lot of it.

We have over 3,000 customers now and what we’re doing for those customers is allowing them to be in the middle of that spectrum. We’re allowing them to consume really powerful technology. But to them, it’s a very simple approach on how they consume it. But we don’t think of it as training them to consume more and more complex things in the product. We’re really focused on taking and embedding that power into the product so that they’re just using it in their day-to-day job.

Small Business Trends: How does marketing automation change the modern relationship between marketing and sales today?

Andy MacMillan: Well I think if marketing automation is done right; it becomes a partnership in the selling process and not really a hand off. And I would take that even to the extreme. I think if you look at the new subscription economy and the model of SaaS — and a lot of our customers are on that kind of model — it doesn’t just stop at sales. It goes into the ongoing relationship with that customer. So I think when marketing automation is done right, everything from your prospects to your long-time customers are all part of an interaction model that’s helping make sure that people are getting the most value and the most exposure to your brand as possible.

Andy MacMillan: I think for a long time, we viewed customers as being a completed process. Now they’re a customer and if they need help, they’ll call us. And I think what SaaS has really — and the subscription economy overall — has really changed about that is we work hard to sign up customers. But the goal is to retain those customers, and retain that subscription over time. And I really think it’s going to be more about proactive interaction with those customers.

You asked a question earlier about are customers taking up the new features. That’s a role marketing could be playing, reaching out to the install base. Here’s a new update. Here’s a new release. Here’s a new product. Here’s why it’s valuable to you. Here’s why we value you as a customer. I think that’s really going to drive the value of the brand overall in the eyes of those customers. And everybody knows in marketing, the absolute best sale is to your existing customer or someone who’s a reference — a referral. And so how does marketing really impact the customer base?

The company should be reaching out to that customer proactively and really driving that engagement. And what better way to do that than with a tool like a marketing automation platform that’s really all designed around automating those kind of interactions?

Small Business Trends: What is it going to take to get marketing automation adopted at let’s say 15 percent? We’re not talking about going crazy and saying 50 percent, but let’s just double it. What are the key things that have to take place in the next couple of years for that to happen?

Andy MacMillan: I’m a believer that we are going to start to see numbers like that pretty quickly because, as I said, we’re moving past the phase of people asking what is marketing automation, or should I be using marketing automation. We’ve really moved and seen the tone of the conversation turn to, how do I use marketing automation? How do I deploy this kind of technology to make my team more successful? So I think we’re going to see a massive acceleration in the adoption.

The mass of the mid market and the small businesses out there want solutions. They want people that are going to help them get things done with their business. They’re not looking to have to train and gain specialized skills in marketing or support or in sales. They want tools that can help them accelerate what they’re already doing, get their message out there, and I think that’s all about not losing the power of the tool but making it much more simple to use. And I really believe we’re just at the cusp of that technology being widely adopted and easily consumed.