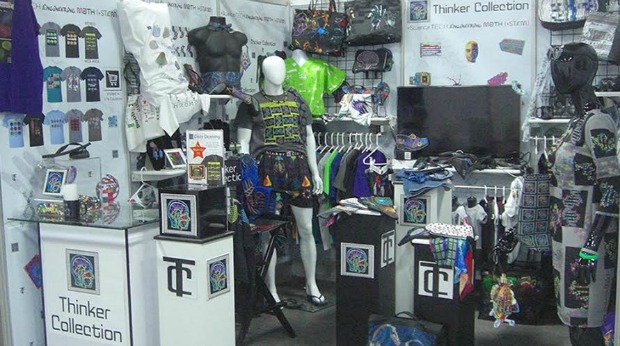 On some level, Lisa Clark has always known she was a designer. But her path was a bit more unconventional than most.

But once she found that niche that combined her love for cerebral topics like science and math with her affinity for visual design, she knew it was meant to be.

Clark said in an exclusive interview with Small Business Trends, “I like to say that I come from a mid-brain genome, having had a professional life that’s been some years left brain-driven and others right brain. My mother was a textile and fashion design executive on Broadway in Manhattan for decades, and the men in my family were all engineers and inventors.” 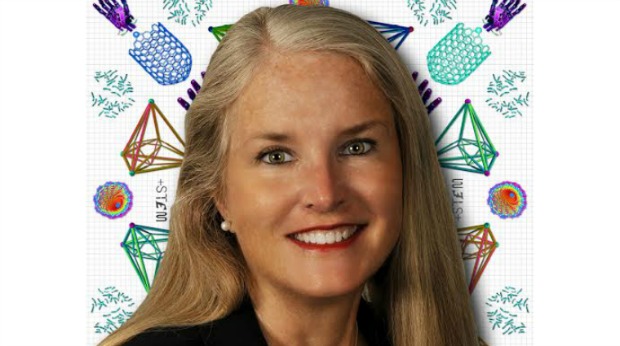 Clark didn’t land on that niche and start her company, Thinker Collection, until she had already successfully worked in several different industries. She’s worked for law firms, Fortune 500 companies and Silicon Valley startups. She also has an MBA in consumer and international marketing.

But it wasn’t until a shopping trip with her daughter that the idea for her current venture came to be.

Clark explains, “In 2007-ish I was shopping with my daughter at a retail store in San Diego, trying to find fabric to design a room around her then-current interests in science and math and we found almost nothing. I stopped suddenly and said to her, ‘My mom was a textile designer for decades, and I drew my first cells under a microscope in biology class in high school and they were just about perfect.  I bet I could draw this.  And if we’re looking, there must be other people looking too.’ And I realized that, through my years exposed to textiles and home design nationwide, I’d seen almost no textiles featuring STEM topics.”

Clark knew that there had to be a market for what she wanted to sell. Unfortunately, this revelation happened just at the beginning of the economic downturn. So access to funding wasn’t as easy as she thought it would be. And since her designs were so intricate and colorful, she couldn’t get them printed by traditional print shops. 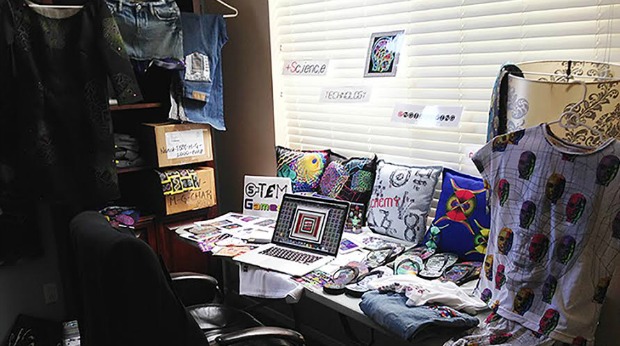 None of those things stopped her though. She turned to sites like RedBubble to produce her designs on garments in a cost effective manner. And just shortly after starting this new venture, Clark received one of the biggest opportunities of her career.

She had displayed some of her designs outside a friend’s retail store during San Diego’s Fiesta del Sol celebration. And an audio engineer from CBS’s “The Big Bang Theory” walked by and noticed the shirts and thought they’d be perfect for the show. He gave his card to one of the shops then-employees. Unfortunately, that employee didn’t stick around. So, Clark had to really work to get back in touch with someone from the show.

She explained, “It took the better part of a year for me to finally circle back and find the right person at Warner Brothers, calling as many phone numbers related to the show as I could find. Finally, I found the show’s costume gal, and relayed to her step by step the experience I’d had and she said, ‘Send me a catalog.’

I did, and days later Warner Brothers bought 16 shirts under a Letter of Intent, and star Jim Parsons has worn nine of them on 40+ episodes and ad promos from 2009 through 2015.” 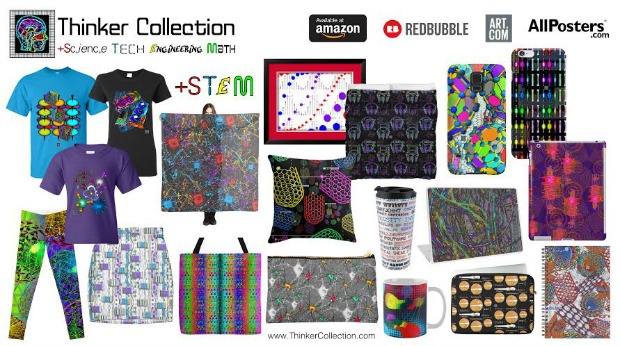 Since then, her designs have also been featured in Entertainment Weekly Magazine and at a gift Suite at the Oscars. She also sells designs on Amazon, Art.com, AllPosters.com and ArtistRising.com, along with select Sheldon-worn designs on the CBS online store.

It hasn’t been an easy or conventional path to success for Clark. But she’s found a way to use both sides of her brain to form a successful business. And it allows her to give back to STEM education and call attention to those topics in the process.