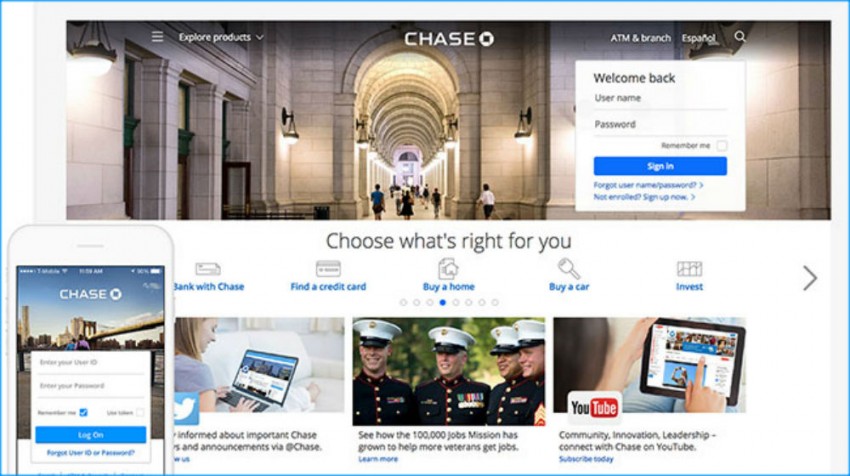 With digital payment options all the rage, J.P. Morgan Chase will toss its hat into the digital wallet ring.

J.P. Morgan Chase’s consumer banking arm is launching Chase Pay, a digital platform that will allow consumers to pay store and restaurant bills, among other things, via their mobile phone.

The launch was touted by Chase’s CEO of consumer and community banking, Gordon Smith, at the recent Money20/20 payments conference held in Las Vegas, as Recode reported. Smith said Chase Pay is due to launch around the middle of next year.

Chase is partnering with MCX, a Wal-Mart led group of retailers, restaurants and gas stations that will accept the bank’s digital payment platform in their stores. Consortium members include Kohl’s, Chili’s, Sunoco and Best Buy. Customers will be able to pay by showing a QR code within the Chase Pay app. Chase Pay will also be available as an option within MCX’s own CurrentC app.

Chase will compete against big names such as Apple, Samsung and Google, as well as other banks that have begun vying for their share of the digital payment market.

Capital One, for example, recently announced the launch of its own mobile payment feature, Recode previously reported. Capital One will also participate in Google’s Android Pay.

Chase Pay’s use of QR codes means the app should work with most Android and Apple phones, a major plus for the platform. Android Pay and Samsung Pay work only on Android devices, and Apple Pay works only on iPhones.

The one potential drawback, industry critics say that using a QR code is not often as simple as the tapping methods utilized in Apple Pay, Android Pay and Samsung Pay.

Chase will pre-populate customer Chase Pay accounts with the Chase debit or credit card the customer uses most frequently.