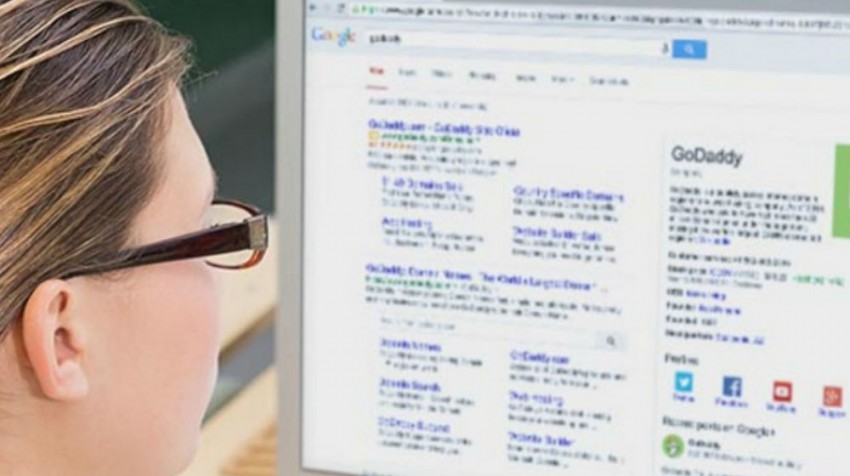 Marketing any business requires several different tactics, from SEO to social media to advertising. This week, some big names, including GoDaddy and Facebook, added features that may help small businesses with some of these marketing tactics.

Read on for these and more small business updates in this week’s Small Business Trends News and Information Roundup.

GoDaddy Develops Search Engine Visibility at the Touch of a Button

When a small business owner obtains a website, the most important aspect is the Search Engine Optimization (SEO). That’s the code embedded in the website that allows for search engines such as Google to put searchers in touch with the business that fulfills their need.

While most small businesses can now promote themselves globally online, many still need to be local because that is where the customers are. With that perspective in mind, Facebook launched Local Awareness Ads in 2014. The purpose of this platform was to let businesses find new customers by showing ads to people that are in the same vicinity as their store.

Does Your Product Demand Attention Like the Clip-on Man Bun?

In his book “Purple Cow: Transform Your Business by Being Remarkable,” bestselling author Seth Godin advises companies to come up with remarkable products and target people who are more likely to spread word of mouth. One company that appears to have taken his advice seriously is Groupon.

Scientific studies have indicated that procrastination seems to be a conflict between two parts of the brain: the fun loving limbic system and the sensible prefrontal cortex. In a choice of after work activities, kicking back with a beer and TV usually wins out over going to the gym.

Kiva, a non-profit micro-funding platform, has teamed up with Intuit, the software company behind Quicken, Quickooks and TurboTax, to provide small business owners with quick capital at the click of a button.

“Pay with Amazon” Will Soon Assist You With Mobile Payments

The recent eMarketer forecast says one in five smartphone users will use mobile payments by next year, and transactions will increase by 210 percent in 2016 to more than $27 billion. These numbers have not been lost on eCommerce retailers as they introduce more ways for their customers to pay for purchases on mobile devices. This includes Amazon.

Amazon is shutting down Amazon Register, its mobile point-of-sale (POS) system that was launched a little over a year ago. The online retail giant is no longer taking on new Amazon Register customers. And those already using the it have until Feb. 1, 2016 to find another service. After the February date, Amazon will kill the Amazon Register service altogether.

Small businesses and startups that rely on remote marketing and sales teams face a variety of obstacles compared to companies that have their sales and marketing staffers working onsite. National software provider Citrix is trying to position itself to meet this growing demand.

The situations surrounding estate sales are often stressful and emotional for those involved. So having a team of professionals and an estate sales service put it all together can be incredibly helpful. That’s the service that Blue Moon Estate Sales USA provides to people in markets around the country.

25 Percent of Websites Are Now on WordPress

World Wide Web Technology Surveys (W3Techs) announces that a recent survey of websites has shown that WordPress, the popular open source publishing platform, is being used in over 25 percent of all websites. That’s not just 25 percent of all those using a service but all websites. In second and third place are Joomla and Drupal, platforms that power less than 5 percent of the market.

When Apple found out XcodeGhost had infected more than 4,000 applications in its Apple Store recently, the company took immediate actions to identify the infected apps and remove them from its App Store. Apple then released a set of new security features to stop this activity. Xcode is Apple’s programming framework used by developers to create apps.

Can the Blackberry Priv Android Device Tempt You Back?

BlackBerry is hoping its new and oddly named Priv mobile device will win the company back some of the widespread business usership it has lost to competitors in the mobile market. Recently launched, the Priv is BlackBerry’s very first Android phone. It’s also the first Android phone in forever to feature an old school slide-out keyboard that defies the touch screen standard.

Fiverr, a site where freelancers can find work and businesses can hire them, has announced raising $60 million in funding that will be used to build out its community. Previously Fiverr’s hook was that all prices started at a $5 base. But now the company plans to eliminate the price minimum all together. Square Peg Capital led this latest round of funding but they were not alone.

For those of you who have been anxiously waiting for the release of the super-sized 12.9 inch iPad Pro, the wait is now over. The new Apple device has been released, along with a new Smart Keyboard and the device’s stylus, the “Apple Pencil.” The large iPad Pro was released simultaneously in 40 countries.

Microsoft has decided to end the unlimited OneDrive storage option for Office 365 users. And how big a deal it is to you depends, to some extent, on how much of the cloud storage service you use.

Asus has recently released the latest in the company’s ZenFone lineup, the ZenFone 2 Laser. With a starting price tag of just under $200, promise of an excellent camera and dual SIM capabilities, this one could be a good budget option for the business user. The ZenFone 2 Laser gets it’s name from its laser autofocus 13 megapixel PixelMaster 2.0 rear facing camera.

Work Flat on Your Back with the Altwork Station

You have probably heard of standing desks and ergonomic chairs. Chances are you’ve even tried a few. But have you heard of a desk that lets you work flat on your back? It’s not a fantasy. It’s a real thing and it’s shipping next year. Called the Altwork Station, this is not your normal computer desk. It’s not even really a desk, not in any classic sense anyway.