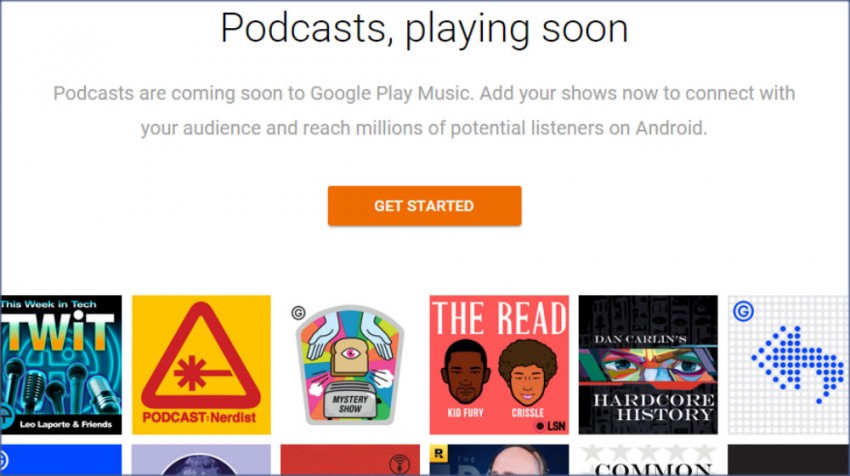 Remember Google Listen? The podcast app by Google that took your audio RSS feeds from Google reader and played them then on Android smartphones? Unfortunately, the service was terminated in August 2012.

However, in a surprising reincarnation, Google has jumped back into the podcast world, adding podcasts to Google Play Music in a move that audio producers and business owners hope will expand their audience on Android, the world’s largest mobile platform.

The last few years have seen a surge of interest in the decade – old format that has long been associated with Apple — even borrowing the name “podcast” from the iPod. Every comedian, small business owner and YouTuber seems to have a podcast these days, with shows like Stuff You Should Know and Serial achieving widespread popularity. However, the biggest problem has always been the way iTunes dominates distribution. If your podcasts aren’t on iTunes. then they probably won’t be seen by many people.

There has never been a built-in method for Android users to subscribe to podcasts. To listen to podcasts, Android users have to download the file locally or get a third-party app from the Play Store, but that is all about to change as Google finally gets in the game.

The addition of podcasts to Google means that Android users can now listen to podcasts within the Android ecosystem. Google says that besides the direct searching and browsing for podcasts, the new service will connect listeners to new podcasts based on what they are interested in, how they’re feeling or what they are doing.

The company will use features from Songza, a company it bought in 2014. The company specializes in curated playlists amd help recommend podcasts based on context.

The search engine giant is already working with a dozen of the most popular podcasting networks, including Star Talk Radio, 5by5, Earwolf, Gimlet Media. HBO, Nerdist, This Week in Tech and HowStuffWorks, among others.

Those who want their shows on Google Play Music should add their RSS feed to Google’s Podcast Portal, confirm ownership and the podcasts will automatically upload.

With more than one billion people using Google Play every month, all business owners and advertisers that are keen on expanding their businesses should definitely get their shows on Google Play Music.

It’s still not clear when podcasts will hit Google’s Play Music, as the announcement post only says that the company will have more details to share in the coming months.