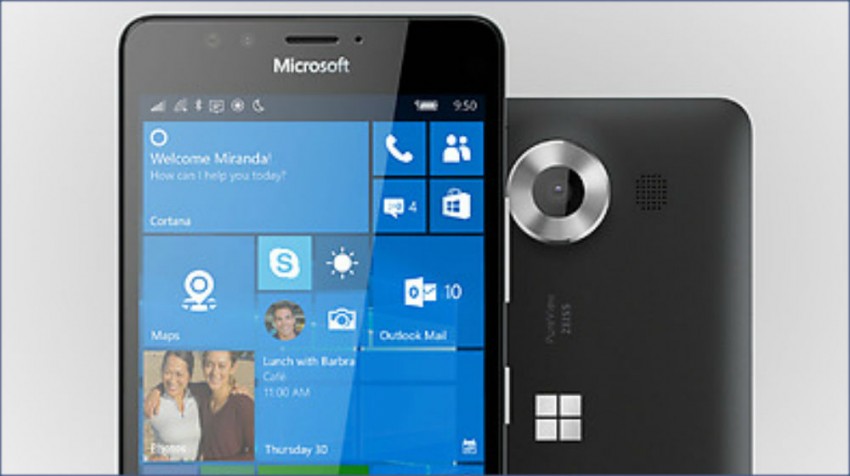 The wait for the first Windows 10 phone is almost over. The Microsoft Lumia 950 can soon be in your hands. Microsoft’s newest Lumia phone, unveiled last month with a fleet of new Windows 10 devices, will be coming to AT&T November 20.

The Microsoft Lumia 950 is a decent sized phone, sporting a 5.2-inch Quad HD display which Microsoft claims can handle even the most demanding apps smoothly. The 3000mAh removable battery has built-in wireless charging as well as USB-C fast charging that can get you 50% power in around 30 minutes.

A 20 megapixel main camera features Rich Capture, triple LED natural flash and a sensor that Microsoft claims can virtually eliminate motion blur. There is 4K video resolution on the main camera as well. The 5 megapixel front camera as to be expected is not as impressive but does offer Full HD and wide angle capture.

But you may be more interested in the power and memory specifications of the Microsoft Lumia 950. A Qualcomm Snapdragon 808 Hexa-core processor offers “super fast” performance, according to Microsoft. The 32GB of storage and 3GB of RAM aren’t too shabby either, and of course the phone runs on Windows 10.

Because it runs on Windows 10, the Microsoft Lumia 950 can sync with your other Windows 10 devices. Such as your PC or tablet, if they happen to also be using the same operating system. An added bonus for being a Windows 10 device is the Lumia 950 can use Cortana. All this combined allows for actions like setting a location-based reminder from your PC that will notify you on your Lumia when you reach the specified destination.

Perhaps one of the more interesting capabilities Microsoft is boasting for the Lumia 950 is that the phone can work like a PC. To accomplish this the phone can be connected to a new Windows 10 device that will allow you to use an external monitor, keyboard and mouse. With this setup your phone becomes a desktop, or more specifically offers a “PC like experience.” 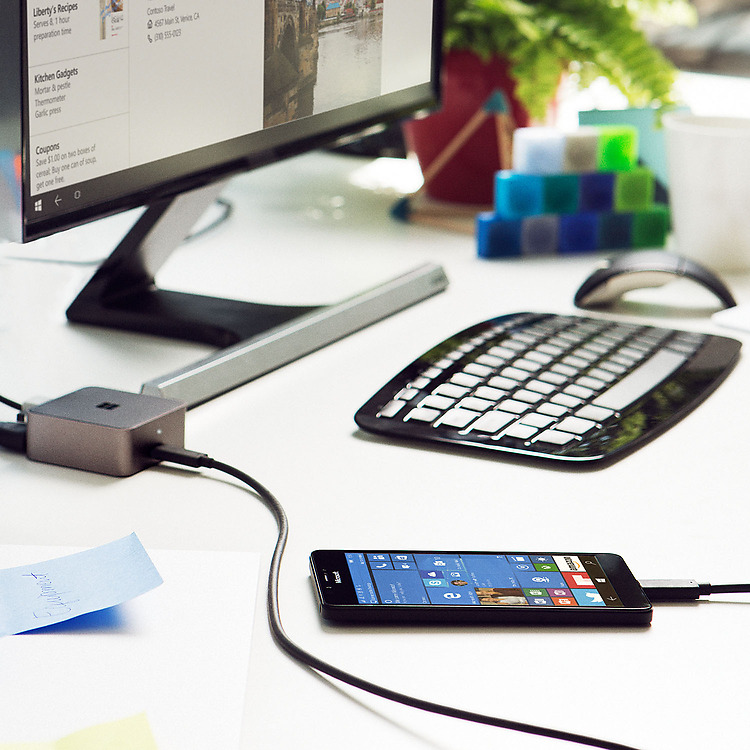 Microsoft claims that once docked the Office apps and Outlook on your phone will scale up to fit the monitor. This will allow you to perform tasks such as answering emails, write documents or create a Powerpoint presentation using your phone but with the convenience of a full sized screen and keyboard. While docked the Microsoft Lumia 950 can still function as a phone, sending/receiving calls and texts, without disrupting your work.

This could be useful if you frequently do business outside of the office or at multiple locations. Instead of carrying around a laptop, you would only need your phone and the dock.

So far AT&T is the only carrier offering the Microsoft Lumia 950, and there is no news yet as to if they will also be offering a more beefed up Lumia 950 XL that was announced at the same time as the 950. AT&T will be selling the Lumia 950 starting at $600 without a contract. The Microsoft Display Dock is not yet available, only promising to be coming soon.