Guess How Amazon and Two Other Firms Are Changing Operations — Forever 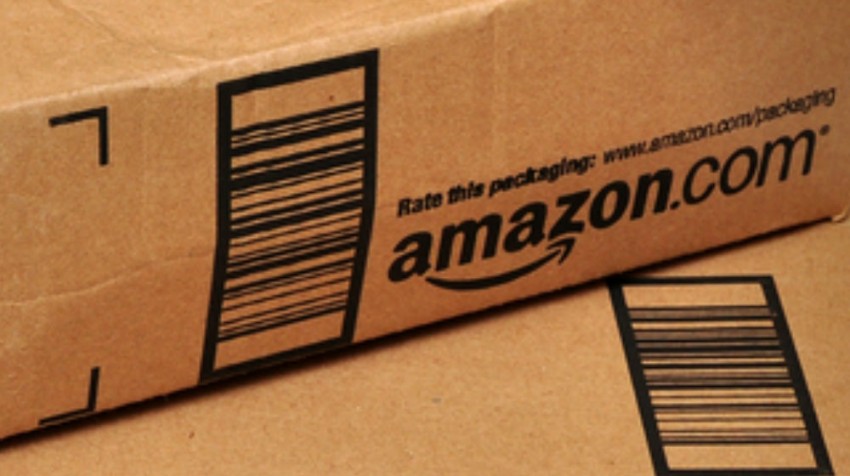 Amazon and Uber are re-imagining the delivery business — creating a whole new market for freelancers in the process. Meanwhile, the way eCommerce is automated may be changing forever. Read on for a full list of headlines in this week’s Small Business Trends News and Information Roundup.

The logistics space is just about to heat up. On-demand transportation company Uber and eCommerce giant Amazon have launched their own courier services to deliver packages. With two big brands entering the logistics domain, it could mark the beginning of an all new freelance delivery industry.

Running an eCommerce business isn’t easy. Even if you list products through popular platforms like Amazon or eBay, there’s so much that goes into the logistical side of running such a company.

Have 50 to 99 Uninsured Employees? Better Read This

Small businesses with 50 to 99 full time employees must offer affordable health insurance to employees and their dependents by January 1, 2016. Small businesses also need to file new IRS tax forms on the same January 1 date. Those that don’t have the staff, know-how, or time to do the work may seek to outsource it at a cost likely ranging from hundreds to thousands of dollars.

Could Your Business Handle a $70,000 Minimum Wage?

When a CEO slashes his own salary by 93 percent and uses the money to raise the minimum salary of all employees to at least $70,000, it is bound to make headlines. And that’s exactly what happened when Dan Price, founder and co-owner of Gravity Payments, made the big announcement earlier this year.

U.S.-based small businesses experienced an increase in borrowing in September compared to a downwardly modified reading of 135.6 in August, and rose by 11 percent over last year, Reuters reported. The Thomson Reuters/PayNet Small Business Lending Index rose to 140.4 in September from the previous month’s 135.6 score.

Would You Give Up 1/3 of Your Business Interests Like Twitter’s Jack Dorsey?

Twitter CEO Jack Dorsey says he plans to give about one-third of his Twitter stock, or 1 percent of the company, to Twitter’s employees. But hold on. There’s a method to Dorsey’s madness. He figures a share in the company will give his employees a greater stake in its success. And he may be right.

Endurance International Group this morning announced it will acquire all the stock of email marketing company, Constant Contact.   The price for Constant Contact’s stock will be $32 per share, making the value of the deal $1.1 billion. Together, as a combined group, they will serve more than 5 million small businesses.

It’s gift giving season again. Even if you are not one to give in to holiday cheer, you can take advantage of the opportunity to show your appreciation to those you work with all year. And you don’t have to empty your wallet to give a great gift.

Live events can be a useful for marketing your brand. But all the planning and logistics involved can be intimidating. That’s why Attend offers an event management and engagement platform designed not only to help businesses plan events, but also to help them manage relationships with attendees both during and after.

Recently released data from the 2012 Survey of Business Owners — the Census Bureau’s snapshot of American business — shows that the fraction of businesses owned by African-Americans rose considerably between 2007 and 2012. In 2007, 7.1 percent of U.S. companies were headed by an African-American. By 2012, that share had risen to 9.4 percent.

Shocking news out of the startup world: Everything.me, a popular and highly-promising Israeli startup, has unexpectedly shut down. Founded in 2010, the startup reportedly built an ingenious launcher for Android devices that adds contextual capabilities to mobile phones and raised over $35 million in a series of financing from high-profile investors.

“Steve Jobs,” the movie about the late entrepreneur behind Apple, bombed at the box office in its first weekend of release. And critics’ reviews have been mixed. But the movie may be best remembered for its interesting take on what it means to be an entrepreneur. In fact on fairly strong supporter of the film is Jobs’ former Apple partner Steve Wozniak.

Kangaroo is a $99 PC That Fits In Your Pocket

A $99 computer brings to mind something like the barest of bare bones systems but that is not the case for the InFocus Kangaroo Windows 10 Mobile Desktop. Although a ‘Mobile Desktop’ sounds like a contradiction in terms, that is how the company describes Kangaroo.

Soon after the July release of OnePlus2, OnePlus started creating buzz about another handset due this year that would cater to a different audience. The OnePlus X phone — the Chinese company’s third phone ever and the second of 2015 — was officially unveiled at simultaneous events in Beijing and New Delhi, among other cities. The OnePlus X is many things.

Samsung has stolen Apple’s thunder — again. The company finally put rumors to rest and unveiled its much anticipated 18.4-inch tablet called Galaxy View. The massive device, which is a cross between a tablet and a TV, is designed for video streaming. It boasts a huge screen with a full HD 1,920 x 1,080 resolution display and is powered by a 1.6GHz octa-core processor.

HTC A9 Phone Will Be A Little More Expensive After Nov. 7

The new HTC One A9 entered the market recently with a new design and features that pretty much made the phone look like a good value. But the price was what grabbed the attention of most, as the A9 came in at juat$399. For customers looking for a phone with great features at a relatively affordable price, the A9 looked like a potentially great option.

Yet Another Business Use for Drones: WalMart Considers Inventory Option

Following months of indoor testing, Walmart has asked U.S. regulators for permission to test drones outdoors. Specifically, Walmart is requesting permission from the Federal Aviation Administration to explore the uses of these small, unmanned aircraft to deliver products to customers at Walmart’s facilities.

The cloud is becoming the preferred method of storing the data we need to access, and while there are many options in the market place, UpThere is touting its service as unique. Here’s why. One of the inconveniences of cloud storage is the need to sync your devices.

With digital payment options all the rage, J.P. Morgan Chase will toss its hat into the digital wallet ring. J.P. Morgan Chase’s consumer banking arm is launching Chase Pay, a digital platform that will allow consumers to pay store and restaurant bills, among other things, via their mobile phone.

The approach Microsoft has taken in the search segment has been slow and methodical, and it is finally paying off. Bing, which was really not an option for many people when it came to search, has now turned the corner.