“Pay with Amazon” Will Soon Assist You With Mobile Payments 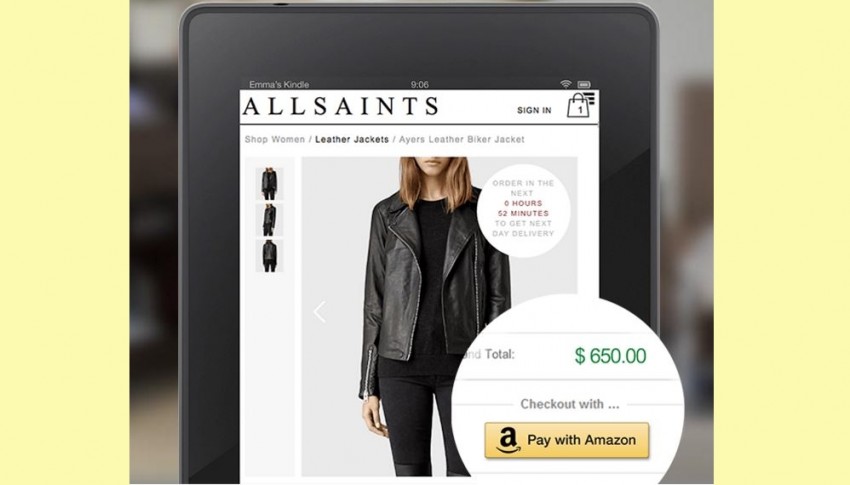 The recent eMarketer forecast says one in five smartphone users will use mobile payments by next year, and transactions will increase by 210 percent in 2016 to more than $27 billion. These numbers have not been lost on eCommerce retailers as they introduce more ways for their customers to pay for purchases on mobile devices.

This includes Amazon. The company just released its Pay with Amazon buttons for mobile apps. In addition to making the payment system available on mobile, Pay with Amazon will allow customers to purchase items outside of the Amazon site.

As reported by Re/code, the company is expanding its Pay with Amazon platform to include mobile devices, after in the past keeping it limited to desktops.

The Pay with Amazon buttons have been designed so developers can integrate them in their apps to give consumers a brand they are familiar with when they shop on other sites. Amazon has more than 200 million customers around the world. So the company is making a payment option already popular with these customers available for third-party purchases. And this brings Amazon one step closer to creating a full-fledged online payment service.

A number of events in the past six months have played key roles in Amazon’s decision to move forward at this point in time.

First, the number of third party merchants — independent merchants who sell products in the Amazon Marketplace competing against Amazon itself — is growing. This third-party marketplace now accounts for 46 percent of all sales on Amazon.

Second, PayPal’s split from eBay will potentially make PayPal an even greater force in online payments, a force with which Amazon will want to compete.

Third, the company has wooed away former PayPal executive Patrick Gauthier to become the company’s Vice President of External Payments.

Pay with Amazon is growing rapidly having expanded by 180 percent over the previous year. In order to extend this growth to mobile, Amazon will depend on partnering up with the right brands and having developers integrate it in their apps.

Gauthier told Re/code, “What people never realize or truly understand about Amazon is that part of the recipe for success is daring to try things you have no idea whether will succeed or not…And if you think that you have a notion of how to succeed. . . you try again.”