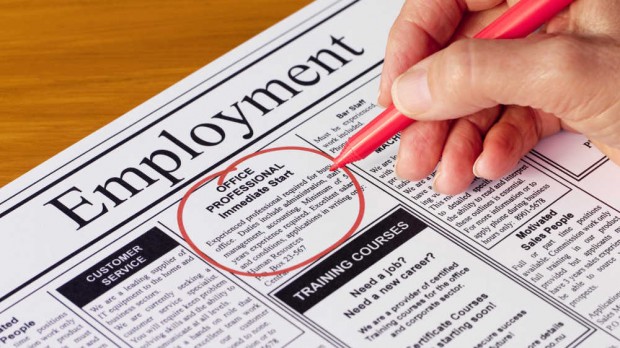 The Census Bureau recently released data on the number of new businesses with employees created in 2013, and the figures are disappointing. The rate of creation of new employer businesses in the United States remains depressed.

The figures show a disturbing trend. Americans are creating companies with paid employees at roughly half the rate they did 35 years ago. New employer firms accounted for 16.5 percent of all employer firms in 1977, but only 8.0 percent in 2013. In 1977, Americans founded 2.6 new employers for every thousand people. By 2013 that rate was down to 1.29.

Moreover, not shown in the chart is the breadth of this decline. It is present in almost all major industry sectors, from high tech to retail to services, and is seen in every state and nearly every metropolitan area.

As I have discussed before, the declining rate of creation of employer businesses doesn’t necessarily mean that Americans have become less likely to start companies. In fact, data from the Census Bureau and the Internal Revenue Service both show that the rate at which people are creating new businesses without employees has increased over time. 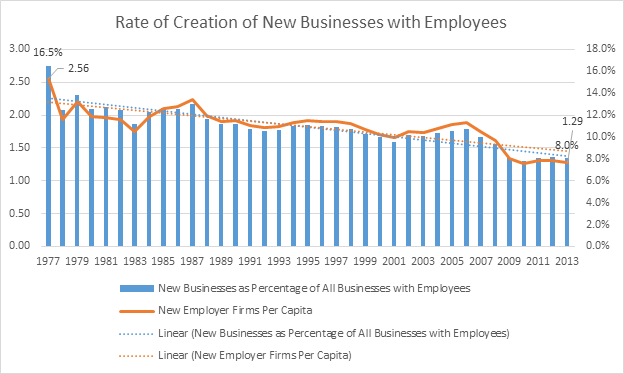 The problem is the rate at which Americans start companies that employ others. This measure remains at, or near, record lows.