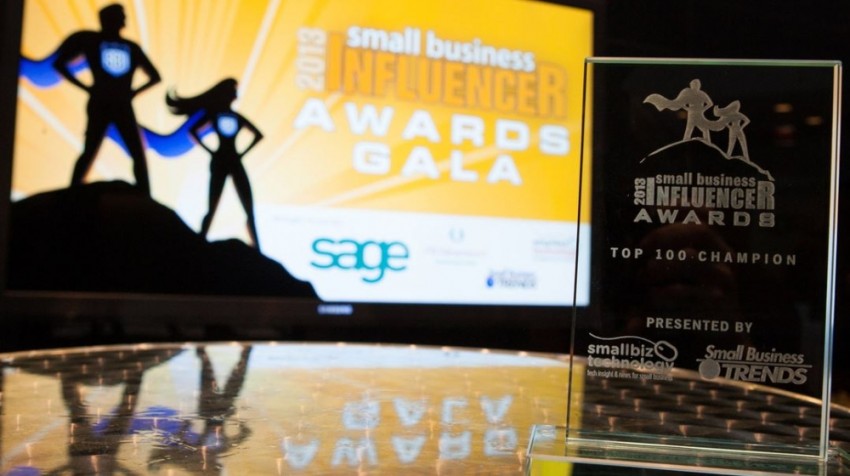 The Judges for the 2015 Small Business Influencer Awards have spoken, and the Top 100 Champions have been selected! The list, as always, is a fabulous mix of up-and-comers and well-known small business enthusiasts, as well as companies and members of the media.

The Champions were selected by a highly-esteemed panel of Judges based on their involvement and influence in the small business community.

The Awards, now in their fifth year and produced by Small Business Trends and Small Biz Technology, honor the companies, organizations, vendors, apps and people who have made a significant impact on the North American small business market.

The first two phases of the Awards involved the small business community nominating  those who influenced them, and then picking their choices for Community Choice Honorees. The Judges’ role is the final phase.

Here are this year’s Top 100 Champions as well as the Champions under the two special categories of  Best Growth Story and Best Marketing Campaign:

Be sure to view the 2015 Community Choice Winners, too.